West’s Support for Extremism “Blows Back” in New York Shooting

West's Support for Extremism "Blows Back" in New York Shooting

The tragic mass shooting in Buffalo, New York was carried out by an extremist with an ideology stemming from modern-day |\|AZlSM practices most openly in Ukraine. Just as Western support for extremists in Syria blew back in the form of global terrorism, its support for |\|AZlS in Ukraine is emboldening and encouraging their toxic ideology worldwide.

Brian Berletic is an ex- US Marine Corps independent geopolitical researcher and writer based in Bangkok, formerly writing under the pen name “ Tony Cartalucci ” along with several others. His new online venue is The New Atlas, found on most leading video platforms.

In an alleged 180-page manifesto, the Tops Markets shooter claimed his name was Payton Gendron and attended Broome CC.

However, photos in the document (below) are of sketch comedian Sam Hyde, and Broome CC public safety said they had no record of a Payton Gendron. @news4buffalo pic.twitter.com/fbgSGwVP1H The young shooter (Gendron) making the "V" sign. V for what?

One of the victims in the attack was identified as Aaron Salter, a retired Buffalo Police officer who was working as a security guard at Tops. Officials said Salter attempted to stop the attack and shot Gendron in the chest, but he was unharmed because he was wearing tactical body armor.

The alleged manifesto carries on for numerous pages about the type of gear that was chosen specifically for the attack, from his helmet and weapon all the way down to his underwear. It plots his breakfast, arrival time, live stream and getaway. 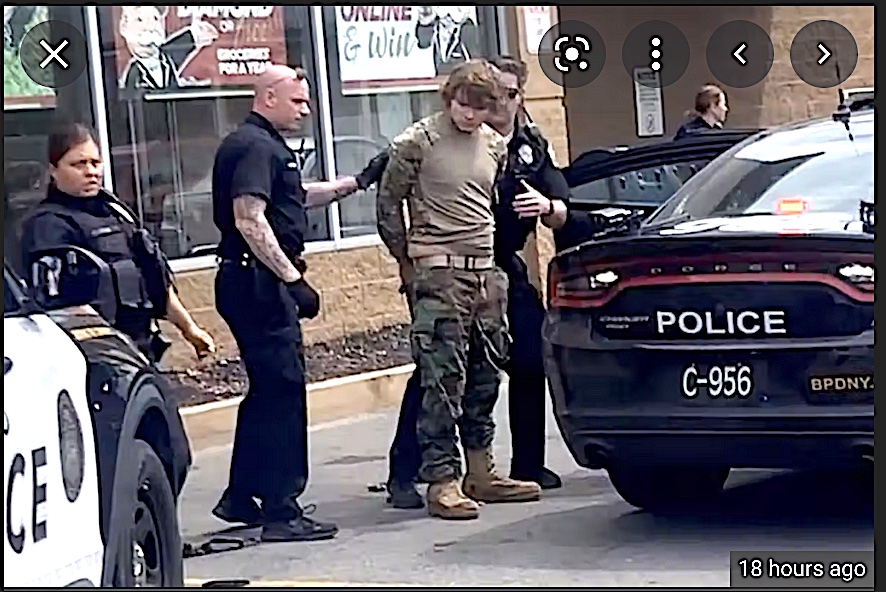 The writer says he will plead guilty in trial if he survives the rampage.

Gendron said only four words in court Saturday before being taken away: “I understand my charges.” Payton Gendron in custody, during arraignment.

The Corruptness of the Social ‘Sciences’: It Prevents Democracy from Functioning