|
Be sure to circulate this article among friends, workmates and kin.

It is our view that, in the absence of a real left and an honest and competent press, characters like this will always run wild without much opposition. Kudos, therefore, to Jewish students and all Jews in general, who stand up for justice. In so doing they do more to defend Jews from the scourge of antisemitism, than all these self-proclaimed champions of an ultra-violent apartheid state whose crimes have long merited world condemnation. Still, we are perplexed that Ms Vernikov, acting like a petty political despot, should have the power to trample the First Amendment with such ease and no visible remedy.

Brooklyn councilwoman Inna Vernikov says she will pull $50,000 in funding earmarked for CUNY Law School in response to the faculty endorsing a BDS resolution.

“It seems as if antisemitism is the only politically acceptable form of racism which exists. We must stop handing out free passes to anti-Semites like candy,” Vernikov told the New York Post. According to the paper, “The money had been set aside for CUNY Law to provide pro-bono services to the needy in her district.”

Earlier this month faculty at the law school unanimously backed a Student Government resolution that “proudly and unapologetically” embraces the Boycott, Divestment and Sanctions movement. The resolution, which was put forward by Students for Justice in Palestine (SJP) and the Jewish Law Students’ Association (JLSA), was passed by the student body in December. Vernikov, and a number of her colleagues, condemned its passage at the time.

The resolution calls on the school “to cut all ties with organizations that repress Palestinian organizing and end its complicity in the ongoing censorship, harassment, and intimidation of Palestine solidarity activists, including through ending contracts, academic collaborations, and refusing to be complicit in the targeted harassment and silencing of Palestine solidarity activists.” 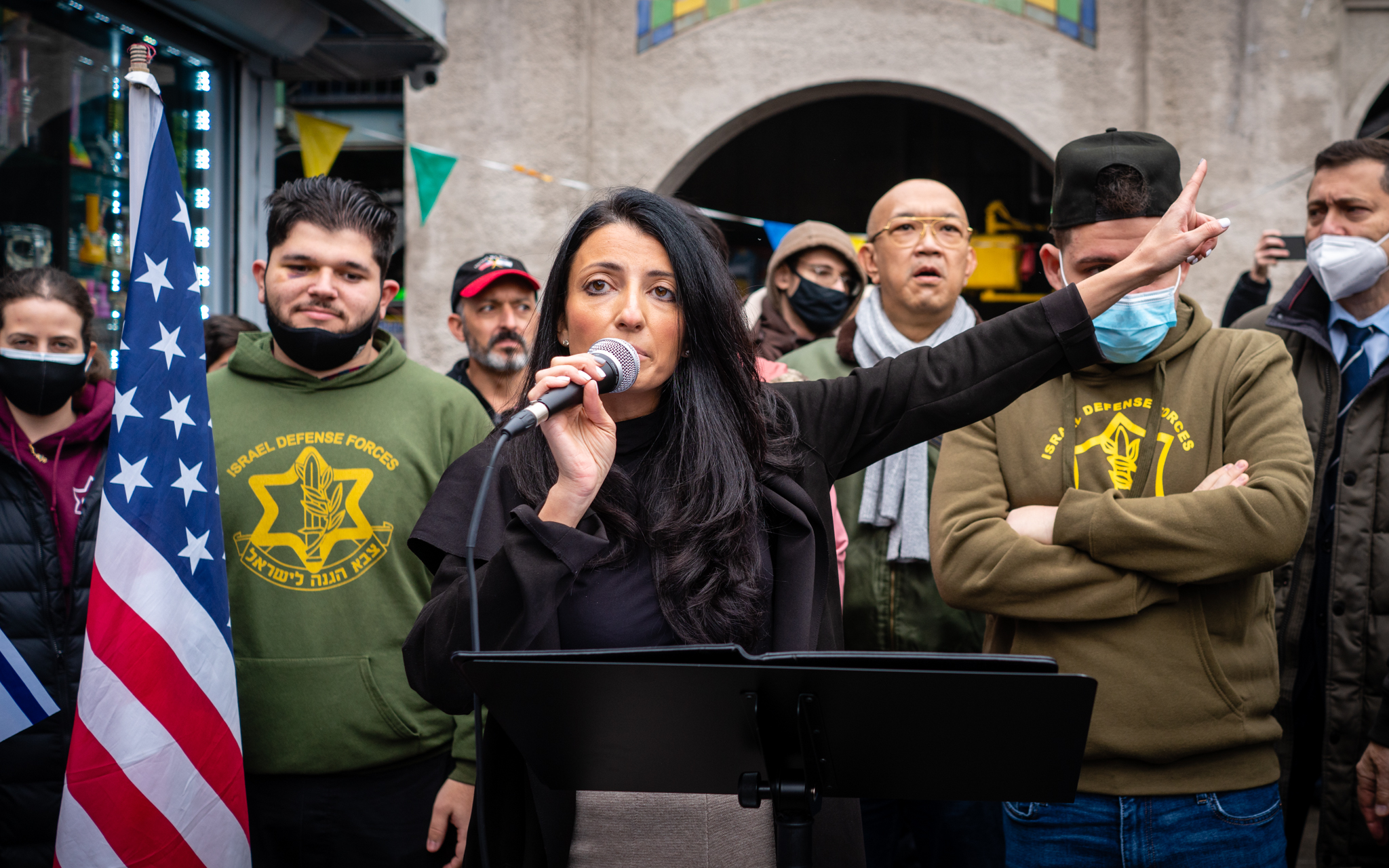 Inna Vernikov is a Ukrainian-American attorney and former Democrat who says she jumped to the Republican party over concerns about growing antisemitism. “I’m running as a Republican on principle because I can’t support the Democratic Party, which is no longer the party of John F. Kennedy or Bill Clinton,” she told the Jewish News Syndicate while running for office in 2021. “Jews coming from the former Soviet Union are very familiar with communism and socialism, and many of us feel strongly that what today’s Democratic Party is promoting is exactly what we ran from—a place where speech was censored, where we were not allowed to practice religion, where we didn’t have freedom or economic opportunity.”

This isn’t the first time Vernikov has made headlines for pulling money. Earlier this month she rescinded a $5000 donation to the Museum of Jewish Heritage because the institution allegedly snubbed Florida governor Ron DeSantis.