• SPECIAL! The Maidan Massacre in Ukraine: Revelations from Trials and Investigation

The West used false flags to fuel its color revolution against Yanukovitch. We live with the results of such regime change chicanery.

June 25, 2022 6 minutes read
Please make sure these dispatches reach as many readers as possible. Share with kin, friends and workmates and ask them to do likewise.

The Maidan Massacre in Ukraine: Revelations from Trials and Investigation 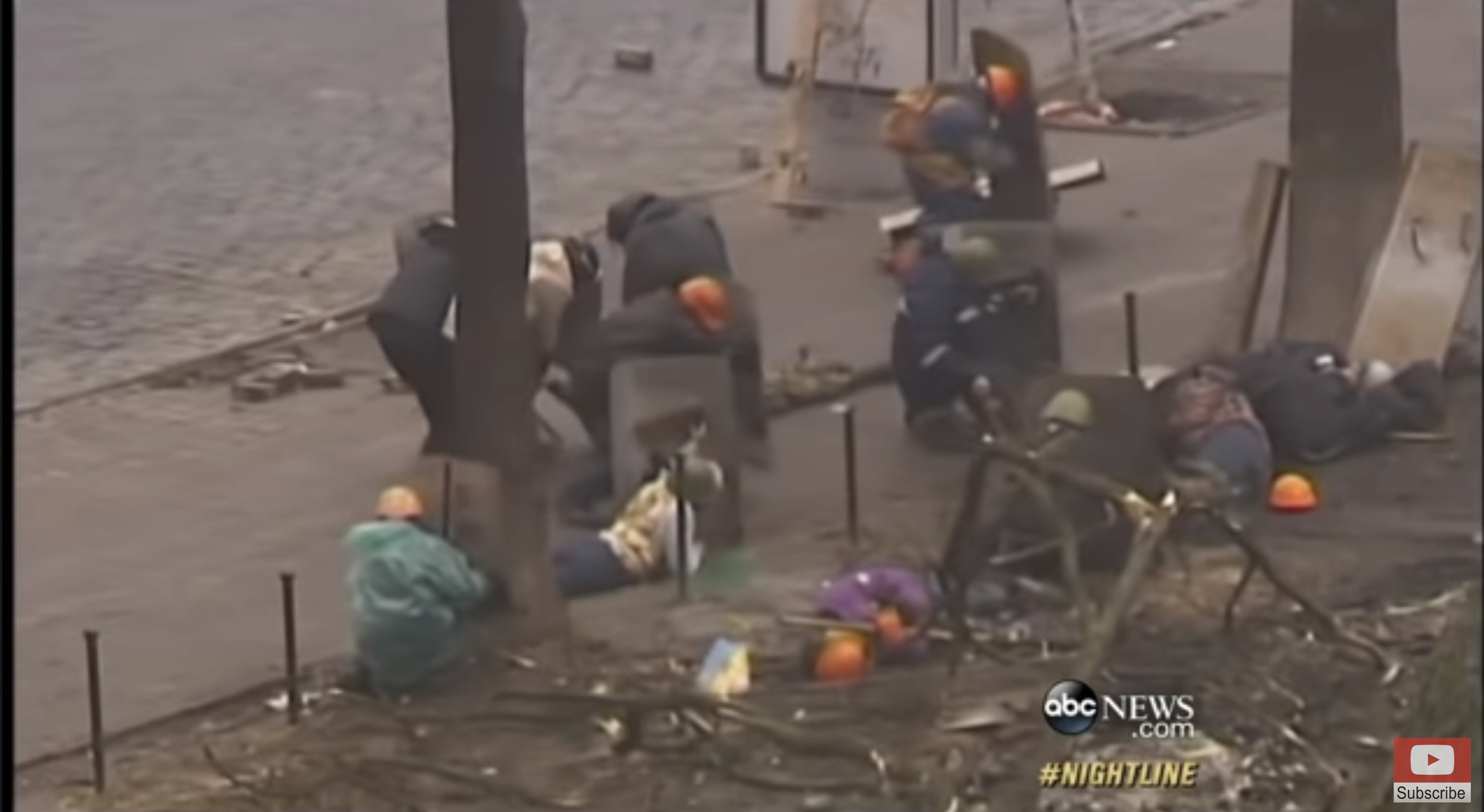 Abstract
This study examines evidence revealed by the ongoing trial and government investigations
concerning the Maidan massacre in Ukraine. The massacre of the protesters and the police
during the “Euromaidan” mass protests in February 2014 contributed to the overthrow of the
Ukrainian government and ultimately to a start of the civil war in Donbas, Russian military
interventions in Crimea and Donbas, the Russian annexation of Crimea and an international
conflict between the West and Russia. The research question is as follows: What does evidence
made public by the Maidan massacre trials and Ukrainian government investigations reveal
about which of the parties of the conflict was involved in this mass killing? This paper analyzes
several hundred hours of video recordings of the Maidan massacre trials and information
concerning investigations of this massacre in over 2,500 court decisions from the official court
decisions database in Ukraine. It examines trial and investigation testimonies of wounded
protesters, relatives of the killed protesters, prosecution and defense witnesses, and top officials
of the Yanukovych government. The study also analyzes results of forensic ballistic and medical
examinations and investigative experiments, and videos and photos of the Maidan massacre
made public during the trial. It includes several online video appendixes. They contain
testimonies of wounded protesters and witnesses concerning snipers in Maidan-controlled
locations and content analyses of synchronized segments of American, Belgian, Belarusian,
British, Finnish, French, Dutch, German, Polish, Russian, Spanish, and Ukrainian TV videos,
recordings of live online broadcasts, and social media videos of this crucial massacre.

In 2014, who stood to gain from regime change in Ukraine?

The Maidan massacre trials and investigations have revealed various evidence that four killed
and several dozen wounded policemen and at least the absolute majority of 49 killed and 157
wounded Maidan protesters were massacred on February 20, 2014 by snipers in Maidan-
controlled buildings and areas. Such evidence includes testimonies of the absolute majority of
wounded protesters, several dozens of prosecution witnesses, dozens of defense witnesses, and
14 self-admitted members of Maidan snipers groups. Videos presented at the trial showed that
times of shooting of the absolute majority of protesters did not coincide with times of shooting
by the Berkut policemen, who were charged with their massacre. Forensic medical examinations
determined that the overwhelming majority of the protesters were shot from steep directions
from the sides or the back. Initial ballistic examinations did not match bullets extracted from the
bodies of killed and wounded protesters to the Berkut Kalashnikovs. Forensic examinations of
the bullet holes by the government experts for the Maidan massacre trial suggested that Berkut
policemen were shooting in the Hotel Ukraina snipers above the Maidan protesters and in trees
and poles. The analysis shows cover-up and stonewalling of the investigations and trials by the
Maidan governments and the far right. The prosecution denied that there were any snipers in the
Maidan-controlled buildings. Not a single person is convicted or under arrest for the massacre of
the protesters and the police almost 8 years after one of the most documented mass killings in
history. 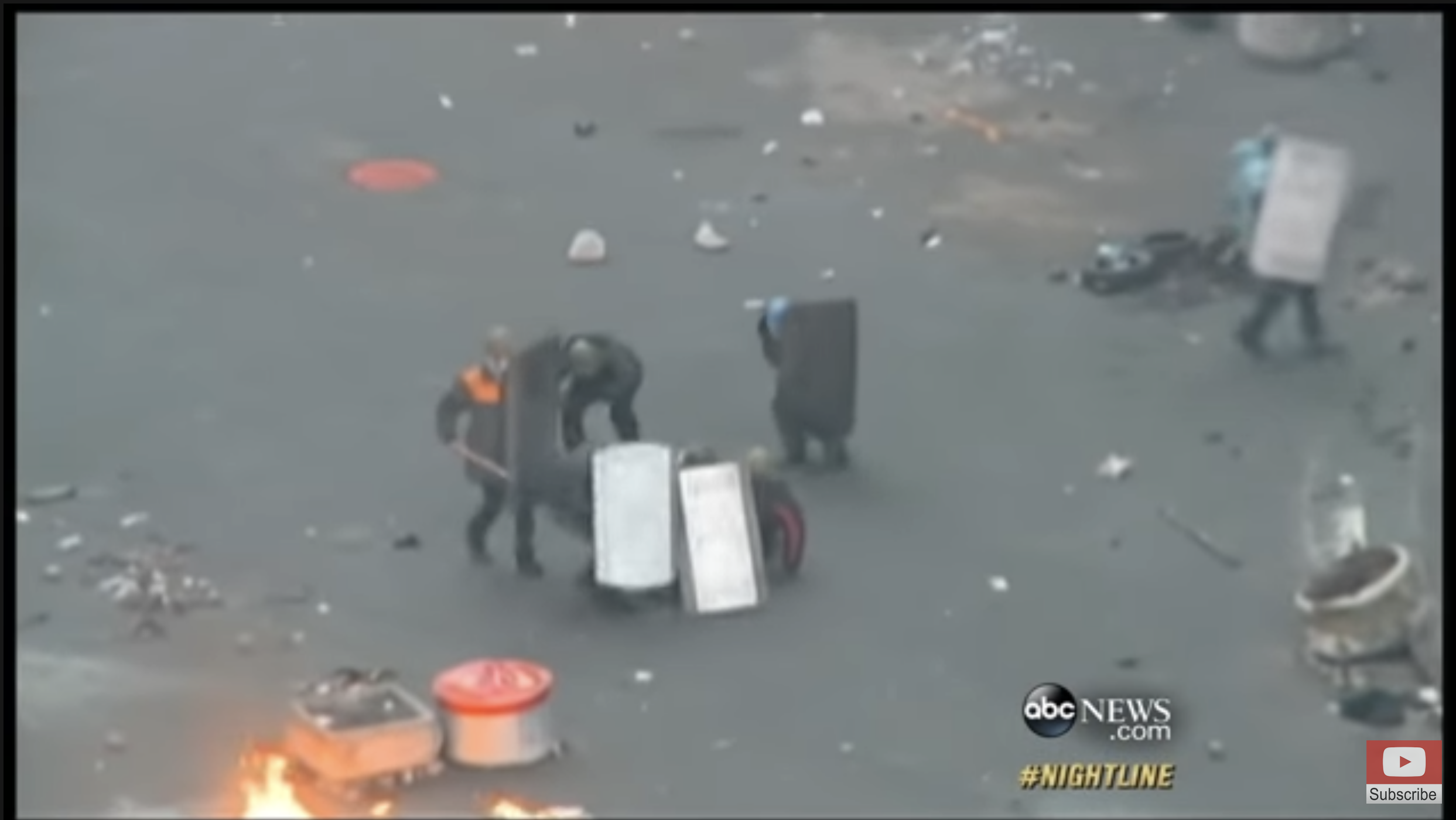 The Research Question
The massacre of the protesters and the police during the “Euromaidan” mass protests
on February 18-20, 2014 in Ukraine resulted in the overthrow of the semi-democratic, corrupt,
and relatively pro-Russian Yanukovych government. (See Katchanovski, 2015a, 2016a, 2020a).
This mass killing was a tipping point of the conflict in Ukraine and led to government overthrow.
It also ultimately led or contributed to a civil war in Donbas, Russian military interventions in
Crimea and Donbas, and the secession and annexation of Crimea by Russia and international
conflicts between Ukraine and Russia and the West and Russia. (Katchanovski, 2015b, 2016b;
Kudelia, 2016; Hahn, 2018). This conflict over Ukraine escalated into the most serious
international crisis since the end of the Cold War because it involves largest nuclear powers, and
it is often dubbed the new Cold War (Black and Johns, 2016; Sakwa, 2015).

This paper examines the following research question: What does evidence made public
by the Maidan massacre trials and Ukrainian government investigations reveal about which of
the parties of the conflict was involved in this mass killing? Maidan massacre trials and
Ukrainian government investigations made public for the first time a large volume of various
evidence, such as results of forensic medical and ballistic examinations and testimonies of
wounded protesters concerning this politically crucial case of mass killing. This study reviews
main findings of previous academic studies and divergent narratives by the Western, Ukrainian,
and Russian governments and the media concerning the Maidan massacre, and analyzes trial and
investigation testimonies, results of forensic examinations for the prosecution and the Maidan
victims lawyers for the trial, videos and photos presented at the trial, and cover-up and
stonewalling of the investigation and the trial.

George Freeman of the private intelligence service, Stratfor, summed it up. “The most blatant coup in history”. And no one, not the snipers, not Victoria Nuland or Joe Biden or the Right Sektor fascists–no one–has ever been held accountable.