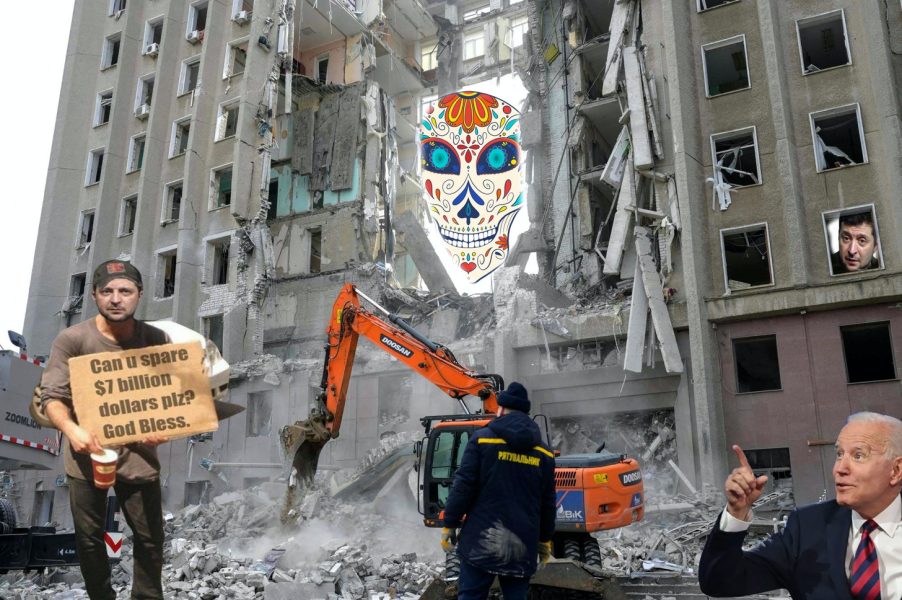 Russia has just taken the entirety of the Lugansk region of eastern Ukraine. With this, it gains significant access to two vital assets, an oil refinery (which was Russian-owned until confiscated by the Ukrainian regime) and a very useful network of train lines. With the latter, Russia can speedily reinforce its military assets and with the former, it will be able to fuel them.

The past 24 hours have seen a quickening of the pace of the Russian advance with villages and small towns falling in quick succession and signs of collapse in Ukrainian military morale becoming ever more evident. After taking Severodonetsk and Lysychansk there are only a few major cities still held by Ukrainian troops that the Russian military will soon have to deal with, the most important and well-defended of these being Slavyansk and Kramatorsk.

How long will Ukrainian morale hold up while the situation becomes increasingly bleak for them? This is a moot point considering the elimination of most well-trained and battle-hardened troops within the Ukrainian forces and recent additions being only partially-trained reinforcements hurriedly sent to the front lines. These troops are increasingly being found to be capable only of holding a gun and have zero ability to operate the sophisticated hardware arriving from Ukraine’s western allies.

It is quite clearly only a matter of weeks before all the Donbass is in Russian hands. This will mean that the most highly defended locations that the Ukrainian forces with massive help from NATO and other western specialist forces built up over the past eight years, have been destroyed and overrun. Ukraine, right up to the Dnieper River and beyond will then lie virtually undefended by comparison with the heavy defence lines already eliminated.

The great hope of the leaders of the collective west shows every sign of coming to naught. The successive tidal waves of finance and weaponry is proving utterly impotent in the face of Russian might and determination. All that it has achieved is the further increase in Ukrainian political corruption. In recent weeks at least one Ukrainian member of parliament was caught at the Ukrainian border with suitcases filled with millions of dollar and euro notes. In addition western money has bought and paid for several multi-million dollar homes in Switzerland for some of Ukraine’s political elite.

The weapons sent to Ukraine have hardly made a dent in the progress of the Russian military. Many have been found not to work at all well. Russia has a very effective GPS-signal blocking system which makes many of them useless. Others such as the howitzers have been found to fail soon after use and with no spare parts available have become junk. Ukrainian troops are known to have had to mount a vain search on Google for instructions on how to operate some of the gear. Most of course has been blown to pieces by the Russians, either on the battlefield, in warehouses or in transport.

Things are not looking good for the Ukrainian elite. However, this does not stop them breast beating and talking of some magical-thinking generated future victory. The leading political lights of the West are little better and are also deep within some alternate universe where magical thinking solves everything. Meanwhile their economies go down the toilet. All this while Russia has its economy under control with falling inflation and prices, a rising ruble and ever more customers for its products and services, particularly its primary resources, natural gas and oil.

What realistically can the Ukrainian political elite do? Or the western elite? What options are left to them? Very few it seems. In recent days insightful voices within the western security establishment diaspora have been saying that a ‘dirty peace’ is inevitable where Russia is victorious and the Ukrainian elite must make concessions. The more this is delayed the more Russia will take. This appears to be entirely realistic. However, there is no sign that this good advice will be taken. The political damage to both Ukrainian and western political elites would be unacceptably great.

This leaves only the status quo. A status quo where Ukraine is incrementally defeated and its land mass reduced and transferred (ultimately) to the Russian Federation. A status quo also where the leaderships of all western powers are increasingly humiliated in a debacle of epic proportions. More doubling down until one after another the political elites who followed this disastrous course fall down are ousted… one after another. This is a grinding machine effect where the gears are constantly oiled while those heading down the conveyor belt toward it turn the wheels to get ground down ever sooner.