Published: July 9, 2022Last Updated on July 17, 2022 5 minutes read
HELP ENLIGHTEN YOUR FELLOWS. BE SURE TO PASS THIS ON. SURVIVAL DEPENDS ON IT.

—FALSE FLAGS & DISINFORMATION FOR SUCKERS 101—
THIS ARTICLE WAS FIRST POSTED ON Oct 3, 2017

Editorial POV: We are not exactly shocked by J.K. Rowling's defence of this outrageous fraud and one of many imperial lies that have facilitated the crucifixion of Syria. What else could we expect from a "liberal" billionaire who made her money writing faddish fantasies for kids?  —PG 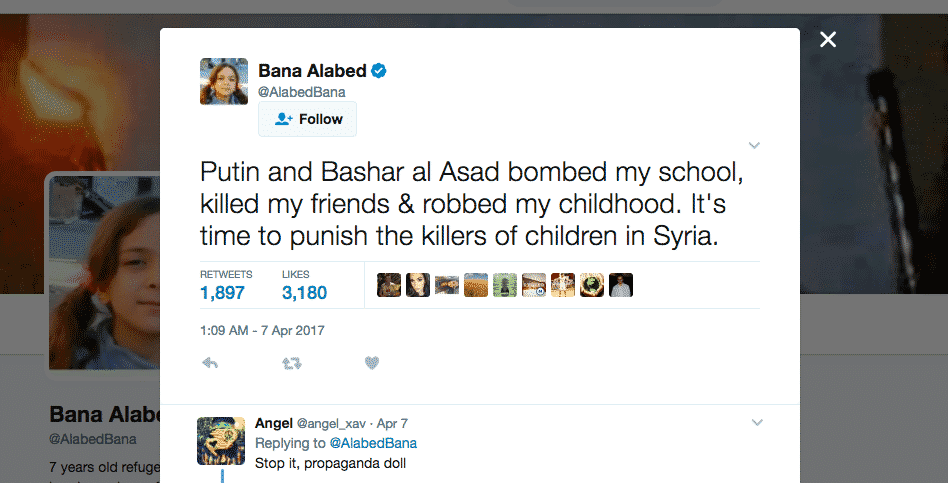 Bustle magazine has published an article today strangely titled “16 Of The Best Nonfiction Books Coming In 2017”, despite the fact that it includes in its list a book that indisputably belongs in the fiction aisle. The New York Postpublished an article yesterday about that same book, calling its purported author “this generation’s Anne Frank”, a label given to the Bana Alabed war psy-op last year by the NYP’s supposed ideological rival, the Washington Post.

Other media outlets have joined in celebrating the release of “Dear World: My Story of War, My Plea for Peace”, including Glamour magazine and Bana’s most ardent supporter J.K. Rowling, who earlier today tweeted a sharp admonition of everyone who has ever dared to question the veracity of this patently false act of war propaganda.

The Bana Alabed Psy-Op Proves The West Is Saturated In War Propaganda
If I could have everyone in the English-speaking world watch only one video on Youtube, it would without a doubt be a…medium.com

There are many, many reasons to be absolutely certain that the little Syrian girl on the cover of “Dear World” is being exploited in the most brazen act of western war propaganda in modern history to manufacture support for military intervention against Bashar al-Assad, but many of these come from anti-establishment voices that mainstream establishment loyalists like Rowling will be quick to dismiss. The most compelling evidence in my opinion therefore consists of the following video footage of Bana herself. 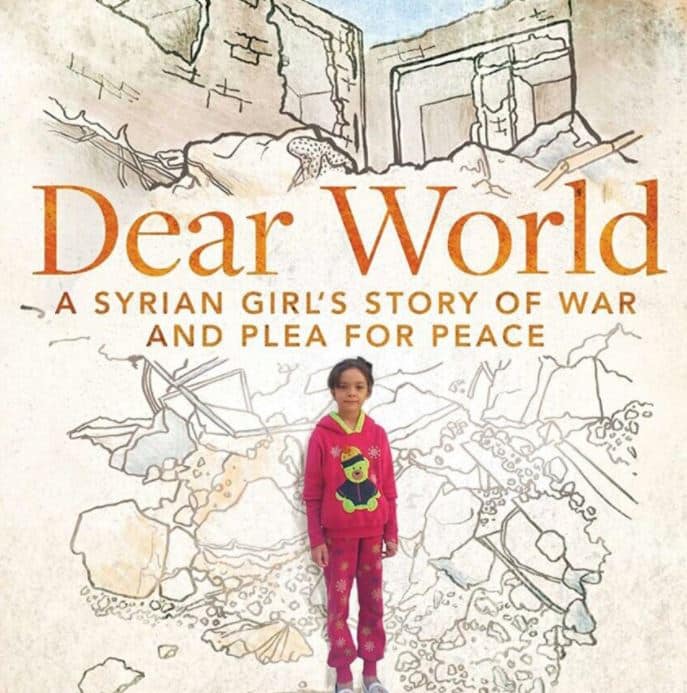 Here is a clip of a fake, staged interview CNN’s Alisyn Camerota did with Bana and her mother in April, in which the child is plainly sounding out scripted words about complex subjects that she does not understand:

This next video clip is shorter and of poorer quality than the one I was going to show you because the other one was deleted by YouTube, but it is still enough to show conclusively that Bana Alabed did not have any command of the English language at the time CNN and Camerota staged their scripted interview. This interview took place after Bana’s family fled Syria to Turkey, shortly before the April interview. Watch as the child is asked a simple question about the food she likes to eat and she mistakenly responds with a scripted line about saving the children of Syria.

Speaking of deleted posts, the Twitter account which propelled Bana Alabed to international fame has been removing its pro-interventionist tweets lately. Here’s an article I wrote back in May of this year in which you can see two embedded tweets which were active at the time of publication are no longer active on the account. Other tweets by @AlabedBana remain, but the ones I’d used to illustrate how aggressively the account pushes for western military intervention against Russia and the Assad government are now missing. The tweets are still archived here and here, however.

This is not the first time the purveyors of this exploitative psy-op have deleted tweets from the account to preserve its public image. Last year a tweet archived here briefly surfaced saying it was better for the west to start World War 3 than to allow Russia and Assad’s forces to retake East Aleppo, which was quietly removed after public backlash.

These propagandists can delete all the tweets they like, but people like me will never forget. We will always remind the world of how the highest echelons of American mainstream media collaborated with a blatant psy-op in an attempt to manufacture support for western military interventionism in Syria. We will never let people forget that the west is saturated in war propaganda and to take everything the mainstream media says with a planet-sized grain of salt. The unelected power establishment that is loosely centralized in the United States has launched one of the most extensive propaganda campaigns in modern history against the nation of Syria, and no amount of deleted tweets is going to cover up the fact that that campaign is failing.

I hope that poor little girl at least gets some share of the book profits she’s being paraded around for. It would be the very first good thing to come out of this mess.

CAITLIN JOHNSTONE—“Dear world”.—These propagandists can delete all the tweets they like, but people like me will never forget. We will always remind the world of how the highest echelons of American mainstream media collaborated with a blatant psy-op in an attempt to manufacture support for western military interventionism in Syria.

This work is licensed under a Creative Commons Attribution-NonCommercial 4.0 International Licens

The Snake from his Lair: The Bloody Legacy of Stepan Bandera

Hiroyuki Hamada shared Vanessa Beeley’s post. 2 hrs The fact that a child, who was used by the west backed violent terrorist forces as a war propaganda tool in a war that has killed 1/2 million people, publishes a book from a major corporate publisher in order to forward the very criminal war indicates the severity of the illness within the corporate culture. And the fact that a prominent “cultural figure”, J K Rowling, mocking people–who are criticizing the absurdity of the western narratives–as being “Assad apologists” firmly confirms the fatality of the illness. The area in Aleppo that was… Read more »