If you like to wallow in media filth, this is your chance.

"The powerful manipulate the dominant narratives of our society in approximately five major ways: propaganda, censorship, Silicon Valley algorithm manipulation, government secrecy, and the war on journalism. Like the fingers on a hand they are distinct from each other and each play their own role, but they're all part of the same thing and work together toward the same goal. They're all just different aspects of the US-centralized empire's narrative control system."—Caitlin Johnstone, Imperial Narrative Control Has Five Distinct Elements

This attack on Jimmy Dore was authored by one of Daily Beast's dependable "wokist" pens for hire, Alexander Reid Ross. The bile is there from the start. Reid Ross, like most corporate liberals writing for big establishment publications exudes contempt for "fringe elements" like Dore, and by extension, his guests and collaborators. As a self-designated anti-fascist and alt-right hunter, Reid Ross seems to think Dore is guilty of promoting some sinister "red-brown" alliance, certainly a nightmare for corporatists of every stripe, as that could signify some form of de facto unity of purpose among the working class.

Incidentally, for a man of such academic standing as Reid Ross, it's telling that he can't distinguish between an inept and rudderless riot and a genuine "putsch", as he claims happened on Jan. 6th.

(The excerpt below is eloquent. We naturally provide a link to the full article so you can judge for yourself, as well as Jimmy's "offending" video). —PG 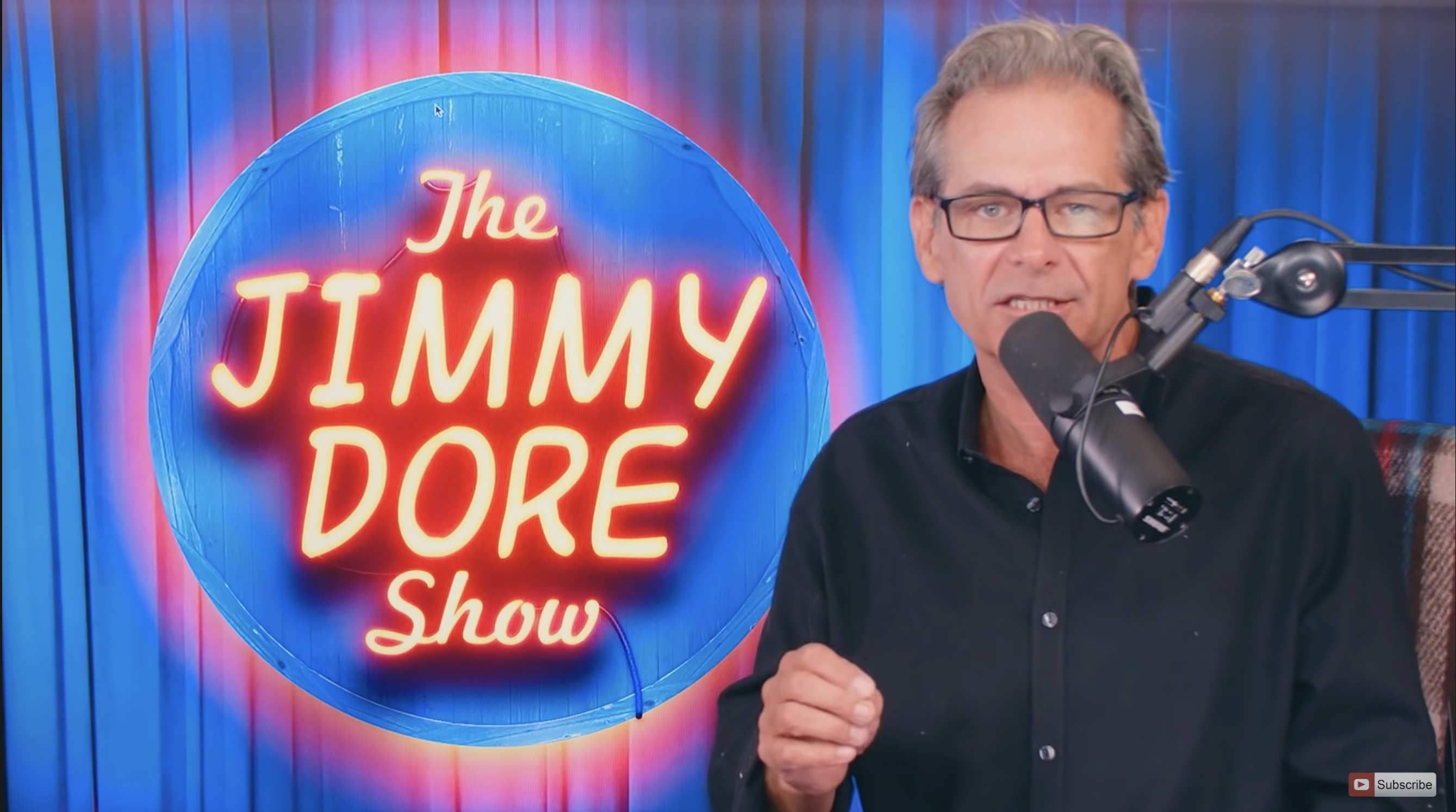 Their podcasts and shows are full of Boogaloos, “deep state” conspiracies, and even “great replacement” talking points. Which side is this, again?

Over the past year, as the far right trafficked in wild anti-masker and pro-Donald Trump fantasies that led to the Jan. 6 putsch on the Capitol, some prominent members of the “Dirtbag Left” and radical left have been promoting figureheads in the Boogaloo movement, circulating “deep state” conspiracies, and bantering about “great replacement” talking points—ones that can sometimes sound an awful lot like the fever dreams of the alt-right.

Take, for instance, Jimmy Dore, the populist YouTuber and member of the Movement for a Peoples Party’s Advisory Council. He recently courted a public-relations disaster when he offered a platform to Magnus Panvidya, a member of the Boogaloo Boys, a militant group that threatened violence ahead of Biden’s inauguration. Emerging into the public eye last spring during right-wing anti-lockdown protests, the heavily armed Boogaloo Boys have promoted attacks against state and government officials in retaliation for COVID safety restrictions. But Panvidya, who sports a rainbow flag in his Twitter bio, offered the movement a more palatable pro-LGBT and anti-racist face. (Panvidya also has tweeted that Kyle Rittenhouse, the Trump supporter who shot three men, killing two of them, during turbulent anti-racism protests in Kenosha, Wisconsin, over the summer, “was in his right to defend himself.”)

PS: Below, the video that agitates Reid Ross and his crowd so much. You be the judge.

ABOUT THE AUTHOR
Patrice Greanville is this publication's founding editor.