This does not even begin to count the horrors perpetrated by US vassals like Korea, Indonesia, Chile, Argentina, El Salvador, Guatemala and other nations, as a result of Washington/London meddling in their affairs.

July 20, 2022
Be sure to circulate this article among friends, workmates and kin.

The US empire's victims are in the tens of millions, but most Americans remain blissfully unaware of their government's criminality. 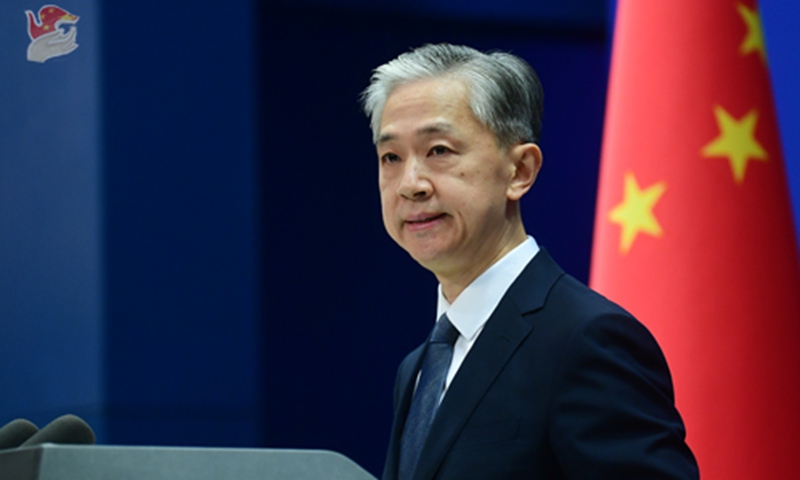 China's Foreign Ministry spokesperson on Monday said it was "simply shocking and outrageous" that a BBC investigation revealed that the British military had killed dozens of Afghan detainees and unarmed men in suspicious circumstances.

"It reminds me of the earlier revelations of the killing of Afghan civilians by US and Australian troops. The US and its allies' atrocious abuses of human rights that challenge human conscience are not isolated cases. They are persistent, systemic and prevalent recurrences," Wang Wenbin, spokesperson of the Foreign Ministry, said at a routine press briefing on Monday.

According to a report by BBC last week, a unit of the Special Air Service (SAS) - a special force unit of the British Army - may have unlawfully killed 54 people in a six-month tour in Afghanistan.

The BBC found evidence suggesting the former head of the special force unit failed to pass on evidence to a murder inquiry.

Several people who served with the special force unit said that SAS squadrons were competing with each other to get the most kills.

Wang cited statistics as saying that between 2003 and 2008, thousands of Iraqi civilians were abused by British soldiers in ways such as detention, beating, humiliation, sexual assaults and even murder.

The death and suffering caused by "indirect" US HR abuses, such as sanctions, is yet to be properly computed.
The US' track record was even more abhorrent. Over the past 20 years, the US launched more than 90,000 air strikes on countries including Afghanistan, Iraq and Syria, claiming as many as 48,000 civilian lives. Farmers harvesting in the fields, children playing on the streets, families fleeing from wars and villagers hiding inside buildings all became US troops' targets. (This does not include the massive crimes committed in Vietnam, Korea and other parts of Asia, Africa and Latin America).

Worse still, instead of reflecting on their atrocities, the UK and the US tried every possible way to deflect the blame. According to media reports, the Overseas Operations Act 2021 introduced by the British Parliament shields British soldiers who committed torture and other serious crimes overseas from prosecution and hampers efforts to hold the perpetrators fully accountable. The British Ministry of Defense claimed to have conducted extensive investigation into British soldiers' acts in Afghanistan and Iraq, but 90 percent of the alleged war crimes were not looked into, Wang said. (On this topic, please see UK National Security Bill 2022 Threatens Journalists with Life in Prison).

Earlier, the US government sanctioned ICC officials who had been investigating war crimes allegedly committed by US troops in the war in Afghanistan, the spokesperson said.

These are the facts. Those who are most vocal about defending human rights have turned out to be the deadliest murderers of innocent civilians; and those most fervently attacking other countries' human rights conditions are the ones who should be put in the dock on human rights, Wang noted.

The Chinese Foreign Ministry spokesperson urged that there should be a thorough international investigation into the UK's and US's war crimes and human rights violations, let justice be done for the innocent victims and protect people all over the world from more bullying and cruelty.

What U.S. Hegemony Is, How It Started, and When

The US is preparing to send new NATO-built aircraft into Ukraine for a fall/winter offensive adding to the by now sixteen long range rocket systems and the Kiev regime plans to re-take Crimea. The New York warning about nuclear attacks may well be in time.