July 22, 2022
Please make sure these dispatches reach as many readers as possible. Share with kin, friends and workmates and ask them to do likewise.

by Caleb Maupin
WITH AN INTRODUCTION BY PATRICE GREANVILLE


On July 21, 2022 Caleb Maupin gave one of his most enlightening chats, one that provided the audience with all the explanations needed to understand the deeper roots of the historical crisis confronting humanity, a crisis emanating from the inexorable dynamic of capitalism (aka "neoliberalism"), a sick process that has long dominated the lives of almost all Americans since the beginning of the American experiment, with few citizens ever realising the gravity of this affliction.

Perhaps this could not be avoided. Unique among modern nations, the United States was formally born capitalist, product of a bourgeois revolution that overthrew a monarchy but which retained many insidious aspects of the deep class inequality permeating the colonial system . Americans had but a short exposure to feudalism, which, again, allowed for the eventual emergence, under a benevolent "exceptionalist facade", of the most totalitarian, savage and deceptive system of capitalism ever seen in the world.  Only in the US has the population been convinced by clever and unrelenting propaganda that capitalism is virtually sacred, natural, just another name for "the American Way of Life", for "Americanness" itself. To the astonishment of many foreigners, capitalism has certainly taken over the national identity, which suits the native oligarchy well. Only an indoctrination of this kind, so cynical, extensive and shameless, could maintain the population in thrall to an irrational social order whose flaws and crimes are so numerous and self-evident as to defy belief.

Not surprising, then, that in the US (and many allied and vassal countries) the nature of the eternal and incurable crisis of capitalism —overproduction—is mired in profound ignorance and confusion, a situation, as expressed earlier, directly cultivated by the US ruling class, since 1945 the indisputable leader and most virulent carrier of the global capitalist infection. Today, at this highly toxic stage of "finance capitalism", the disease can be justly called US hegemonism or "globalism", or other names fitting the ugly reality that the American nation has become a suffocating, constantly meddling world empire with few if any real equivalents in history, not even the British empire, on which—it was said- the sun never set.

But, imperialism does not magically spring from nothing. It is the result of a normalised socioeconomic dynamic fueled by the many contradictions and absurdities at the core of capitalism, starting with poverty, insecurity, and want in the midst of plenty, the result of production forces overrunning property (class) relations.  This sooner or later begets instability and chaos, not to mention a crash, as anarchy in production and profits in command is the irrational and perverse way to run an economy, like insisting on balancing a pyramid on its apex. Instead of profits (for the few), the economy should organise production around human needs. This would be like sitting a pyramid solidly on its base.  This is the logical way, the socialist way.  As Caleb says, under capitalism houses are not built because people need them, but because some capitalists expect to make handsome profits from such activity. And the same goes for just about everything else. If a capitalist doesn't think s/he can turn a profit, it won't get made or done. Something similar and brutal occurs with the population at large. If their labour is not needed by some capitalists, they will simply become "superfluous", unemployed, and starve. For under the rules of the capitalist game "entrepreneurs" have no obligation to provide workers with a livelihood. Nor, under most libertarian schemes, is the state compelled to do anything, either. As libertarian goddess Ayn Rand frequently proclaimed, selfishness is a virtue, and to this day countless people believe her. Capitalist pieties often fall far short of their promise.

The above suggests that capitalist democracy is a system of masks and promises in which form almost always outstrips substance. Constant political struggle is needed to make the promise come true. Equality of all free citizens is loudly proclaimed, but in practice, the poor —the wage earners—enjoy few freedoms, while the rich work almost unopposed to constantly deepen inequality and their considerable class advantage. Universal suffrage (where it exists) promises the voters that the majority will see its interests reflected in the agenda of the new political leaders, but in reality, elections are usually rigged from the start, and the idea of citizen sovereignty—artfully imprisoned in parties that despite all the noise and posturing represent only one class interest, the capitalist—is just another self-delusion. In such a situation oligarchic power—with all its vices—flourishes. What's more, all these problems are quickly aggravated when racism is factored in, as capitalist rule thrives in a climate of social enmity and widespread division. America, again, probably provides the world's most notorious example that this is so.

The periodic crises of capitalism, from "mere" recessions to full-fledged depressions, are certainly distressing, sometimes cataclysmic, but neither necessary nor inevitable. While largely ignored to this day, at least in the US, Marx and Engels figured this out almost 200 years ago. The capitalist disease, with all its seeming intractability and consequent suffering, is known to be curable. And the cure—the only cure— is socialism.  It is not—as Caleb stresses and I most certainly agree— Bonapartism in any of its diverse manifestations, from benign, "constructive Bonapartism" as we saw under FDR in the 1930s and Louis-Napoléon Bonaparte in 19th century France,  to "destructive Bonapartism" (German fascism, best exemplified by Hitler), with its emphasis on degrowth, "depopulation", and slavery as tools to reduce or eliminate the social instability issuing from overproduction.

Incidentally, as Caleb also makes clear in this chat, the rise of imperialism is but another manifestation—on the international plane— of the capitalists' insatiable need for new markets, since, in the absence of a profound alteration of the social relations existing in the capitalist home base (in the direction toward income egalitarianism and genuine democracy), the income deficit inherent in the scandalously lopsided way capitalists distribute the gains from social productivity is only bound to grow worse. This necessitates fresh markets to absorb such "overproduction". It scarcely needs to be said that the computer revolution has greatly aggravated this crisis in all its possible dimensions, making bourgeois rule all the more fragile.  But, warns Caleb, war, even world wars, mass destruction, may be necessitated by capitalism to recuperate its precarious stability. The Second World War is, of course, the most recent example of this terrible phenomenon, as the stagnant US economy did not emerge from the Great Depression until new markets cropped up in all nations devastated by the conflict. (This temporary "Boom", by the way, product of a historical accident and not capitalism's inherent wonderfulness, created the mass US middle class, for a time the envy of the world. The "Boom", however, crested by the 1970s, and now —as it is happening all over Europe—capitalists are rolling back their safety nets and forcing "austerity" on the captive populations in order to preserve their profit margins. The overproduction crisis will be the final blow.)

All told, this is a terrific, highly accessible lecture on the capitalist/socialist dilemma, Marxism, and the resulting socialist imperative, presented, as usual, as an informal chat. Caleb Maupin simply excels at this type of exercise, and for that, he is to be commended.—PG 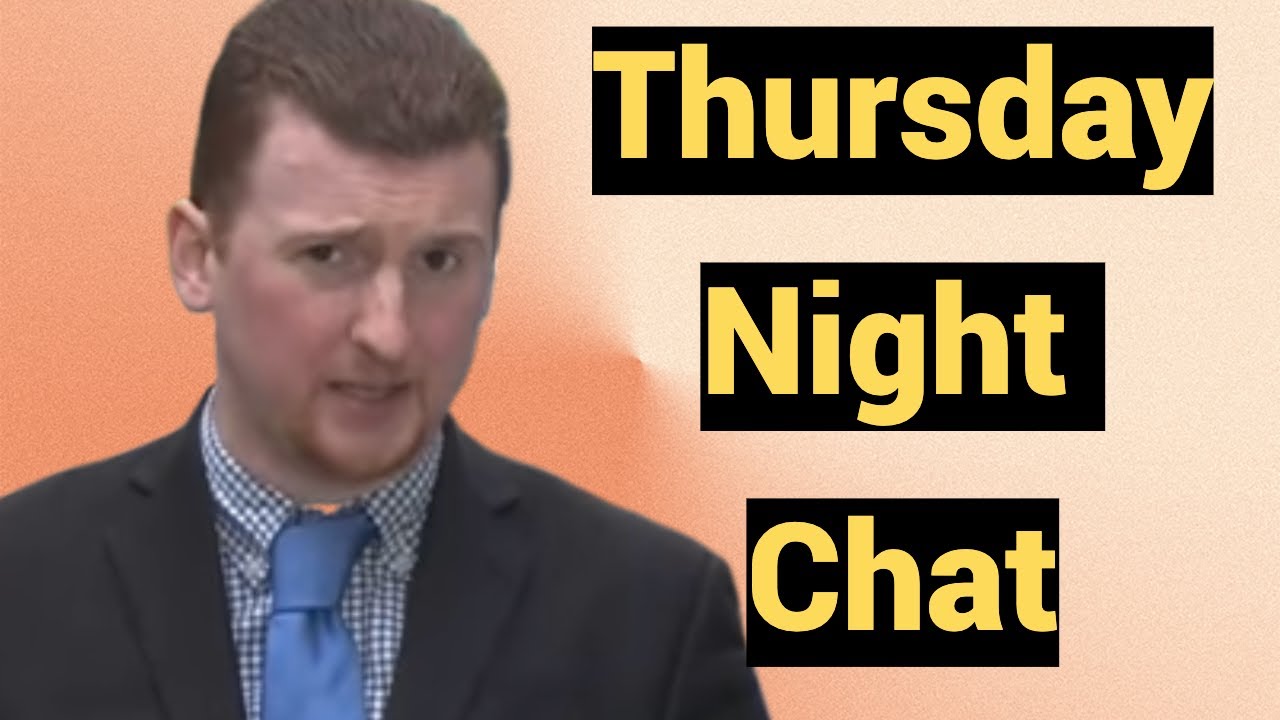 Karl Marx explained why the problem of overproduction results in prolonged economic crises, and why the capitalists push for “degrowth” & new wars to try and save their system. pic.twitter.com/KOCnV61COl

ABOUT THE AUTHOR
Caleb Maupin, founder of the CPI (Center for Political Innovation), is a widely acclaimed speaker, writer, journalist, and political analyst. He has traveled extensively in the Middle East and in Latin America. He was involved with the Occupy Wall Street movement from its early planning stages, and has been involved in many struggles for social justice.

The End Of The American Empire Is Here

For most people the idea that overproduction brings poverty is impossible to grasp, more is better for them. That the West (and the East) are in this predicament is anathema to the capitalist and semi-capitalist rulers. The reductive forces unleashed by the necessity of saving the climate are used to justify scarcity politics which seek to stabilize the status quo. Though rulers like anarchy, as it rationalizes forceful suppression, this kind of discordance in world systems is hard to control or even to predict in how it can be solved. What is erroneously called growing US fascism is in fact… Read more »

The US is in its Constitutional shackles which forces law into precedence and thus liable to be heavily slanted in favor of the privileged classes. It needs revision which is of course halted by those who profit from its present form and application. And US education which teaches imperialist Darwinism. And the human fear of loosening the bonds of conformism. All these influences become emotional, so it is very hard to approach them rationally. Indoctrination has become like everything else a science and is deeply ingrown. When the system really has run its course which is due, liberation will dawn.

He has a decent handle on capitalism’s workings but it’s impossible to understand the current moment – or plan for what it coming – without understanding the resource crisis in which we currently find ourselves. Everything is in decline now and the money still needs somewhere to flow. The new capitalism has already been designed and explained but it’s not being referred to widely by many socialists. It is the digital economy. Its foundation is data collection, through extraordinary totalitarian surveillance, and digital products thereof. Without real markets of real products, the money increasingly has to flow into things that… Read more »