The Lies of Empire: Don’t Believe a Word They Say 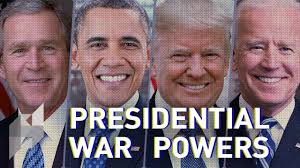 The U.S. reprises Iraq, inventing a WMD threat from Syria. The FBI concocts home-grown terror through stings, while the NSA claims it has secretly saved many lives. “Why this steady stream of government-invented terror, if the real thing is so abundant?” And, isn’t the U.S. arming and funding the same jihadists they are supposed to be listening for on our telephones?

This article was originally published in Black Agenda Report on June 20, 2013. It is one of many examples of the late Glen Ford's prescient analysis, as valid in 2022 as it was in 2013.

“Washington was the Godfather of international jihadism, its sugar daddy since at least the early Eighties in Afghanistan.”

The rulers would have you believe that the world is becoming more complex and dangerous all the time, compelling the United States to abandon previous (and largely fictional) norms of domestic and international legality in order to preserve civilization. In truth, what they are desperately seeking to maintain is the global dominance of U.S. and European finance capital and the racist world order from which it sprang.

The contradictions of centuries have ripened, overwhelming the capacity of the “West” to contain the new forces abroad in the world. Therefore, there must be endless, unconstrained war – endless, in the sense that it is a last ditch battle to fend off the end of imperialism, and unconstrained, in that the imperialists recognize no legal or moral boundaries to their use of military force, their only remaining advantage.

“A war of caricatures.”

To mask these simple truths, the U.S. and its corporate propaganda services invent counter-realities, scenarios of impending doomsdays filled with super-villains and more armies of darkness than J.R.R. Tolkien could ever imagine. Indeed, nothing is left to the imagination, lest the people’s minds wander into the realm of truth or stumble upon a realization of their own self-interest, which is quite different than the destinies of Wall Street or the Project for a New American Century (updated, Obama “humanitarian” version). It is a war of caricatures.

Saddam “must go” – and so he went, along with a million other Iraqis. Gaddafi “must go” – and he soon departed (“We came, we saw, he died,” quipped Hillary), along with tens of thousands of Black Libyans marked for extermination. “Assad must go” – but he hasn’t left yet, requiring the U.S. and its allies to increase the arms flow to jihadist armies whose mottos translate roughly as “the western infidels must also go…next.” Afghanistan’s Soviet-aligned government was the first on the U.S. “must go” list to be toppled by the jihadist international network created as a joint venture of the Americans, Saudis and Pakistanis, in the early Eighties – a network whose very existence now requires that Constitutional law “must go” in the American homeland.

Naturally, in order to facilitate all these exits of governments of sovereign states, international law, as we have known it “must go.” In its place is substituted the doctrine of “humanitarian” military intervention or “Responsibility to Protect” (R2P), a rehash of the “White Man’s Burden” designed to nullify smaller powers’ rights to national sovereignty at the whim of the superpower.

The entire continent of Africa has fallen under the R2P umbrella (without ever having fully emerged from the colonial sphere – but, that’s the whole point, isn’t it?). Somalia achieved a brief period of peace, in 2006, under a broadly based Islamic Courts regime that had defeated an array of warlords backed by the U.S. Washington struck back late that year through its client state, Ethiopia. The Americans invoked both the Islamist enemy and “Responsibility to Protect” to justify an invasion that plunged Somalia into what UN observers called “the worst humanitarian crisis in Africa – worse than Darfur.” Eventually, the U.S. enlisted the African Union, itself, as the nominal authority in a CIA-led Somalia mission that has militarized the whole Horn of Africa.

U.S. proxies set off inter-communal bloodletting in Rwanda in 1994, a conflagration that served as pretext for Rwandan and Ugandan invasion of the mineral-rich Democratic Republic of Congo and the loss of six million lives – all under the protection, funding and guidance of a succession of U.S. administrations in mock atonement for the much smaller “genocide” in Rwanda. President Obama sent Special Forces on permanent duty to the region in search of another caricature, Joseph Kony, whose only central casting defect is his rabid Christianity but whose convenient presence in the bush justifies stationing Green Berets in Congo, Uganda, the Central African Republic and South Sudan.

“The entire continent of Africa has fallen under the R2P umbrella.”

Muammar Gaddafi’s exorcism in Libya energized jihadists all across the northern tier of Africa, as far as northern Nigeria, giving a green light to a French colonial renaissance and further expansion of AFRICOM, the U.S. Africa Command. Only five years after its official inception, AFRICOM reigns supreme on the continent, with ties to the militaries of all but two African countries: the nemesis states Eritrea and Zimbabwe. (They “must go,” eventually.)

New age Euro-American law holds sway over Africa in the form of the International Criminal Court. The Court’s dockets are reserved for Africans, whose supposed civilizational deficits monopolize the global judiciary’s resources. This, too, is R2P, in robes.

Back in Syria, the reluctant domino, blood samples taken from alleged victims of chemical weapons are sent to the Americans by jihadists in their employ to prove that Assad really, really, must go. Obama announces that he is going to do what he has actually been doing for a very long time: send weapons to the “rebels.” The Washington Post, forgetting its duty to follow the administration’s scripted timelines, reports that the decision to go public about arms transfers to jihadists was made two weeks before the “proof” arrived.

“Only five years after its official inception, AFRICOM reigns supreme on the continent.”

The lies become jumbled and are quickly superseded by new fictions to justify no-fly, but the targeted caricatures remain front and center, to be hooted and hollered over, once dead. It is only the lies that make these situations seem complex: the lies that cover up multiple U.S. genocides in Africa, to paint a canvas of humanitarian concern, when the simple truth is that the Americans and Europeans have established military dominion over the continent for their own greedy purposes. The lies that have attempted to camouflage a succession of brazen aggressions against unoffending secular Arab governments in order to remove any obstacles to U.S. domination of North Africa and the Near East. And, the lie that has become central to the U.S. global offensive since 9/11: that the U.S. is engaged in a global war against armed jihadists. In fact, the jihadists are American-contracted foot soldiers in an Arab world in which the U.S. is hated by the people at-large. Washington was the Godfather of international jihadism, its sugar daddy since at least the early Eighties in Afghanistan – and now, once again quite openly so in Syria as in Libya, at least for the time being.

The simple truth is, the U.S. is at war for continued hegemony over the planet, for the preservation of the imperial system and its finance capitalist rulers. In such a war, everyone, everywhere is a potential enemy, including the home population.

That’s why Bradley Manning and Julian Assange and, now, Edward Snowden are considered so dangerous; because they undermine popular consent for the government’s lies-based policies. The administration has sent its operatives to Capital Hill and all the corporate pseudo-journalistic outlets to explain how its mega-data mining of phones and the Internet has prevented “potential terrorist events over 50 times since 9/11,” including at least 10 “homeland-based threats,” as mouthed by National Security Agency chief Gen. Keith Alexander. The details are, of course, secret.

However, what we do know about U.S. domestic “terror” spying is enough to dismiss the whole premise for the NSA’s vast algorithmic enterprises. The actual “terrorist” threat on U.S. soil is clearly relatively slight. Otherwise, why would the FBI have to manufacture homegrown jihadists by staging elaborate stings of homeless Black men in Miami who couldn’t put together bus fare to Chicago, much less bomb the Sears tower? Why must they entice and entrap marginal people with no capacity for clandestine warfare, and no previous inclination, into schemes to bomb synagogues and shoot down military aircraft, as in Newburgh, New York? Why this steady stream of government-invented terror, if the real thing is so abundant? If the FBI, with NSA assistance, is discovering significant numbers of real terrorists, wouldn’t we be watching a corresponding number of triumphal perp-walks? Of course we would. The only logical conclusion is that terror is a near-negligible domestic threat, wholly unsuited to the NSA’s full-spectrum spying on virtually every American.

So, what are they looking for? Patterns. Patterns of thought and behavior that algorithmically reveal the existence of cohorts of people that might, as a group, or a living network, create problems for the State in the future. People who do not necessarily know each other, but whose patterns of life make them potentially problematic to the rulers, possibly in some future crisis, or some future manufactured crisis. A propensity to dissent, for example. The size of these suspect cohorts, these pattern-based groups, can be as large or small as the defining criteria inputted by the programmer. So, what kind of Americans would the programmers be interested in?

Ask Edward Snowden. He's the only one talking.

The legendary Glen Ford, one of America's leading public intellectuals and model journalists, served as Executive Editor for Black Agenda Report until his passing on July 28, 2021 at the unfairly premature age of 71.  His professional and political integrity were such that not even the New York Times dared ignore his death, making his obit a rather honest tribute. As the profile by Clay Risen reported, Glen simply despised professional "black misleaders", like Barack Obama or NJ's senator Cory Booker. During the 2002 mayoral race in Newark, Mr. Ford sided with the incumbent, Sharpe James, against his challenger, Cory Booker — less because of any love for Mr. James, who faced repeated charges of corruption, than out of an intense dislike for Mr. Booker, now a senator, who he believed had sold out to corporate interests. “He’s totally cynical, careerist and mercenary,’‘ Mr. Ford said of Mr. Booker in an interview with The New York Times."


Covid-19 has put this site on ventilators.
DONATIONS HAVE DRIED UP...
PLEASE send what you can today!
JUST USE THE BUTTON BELOW