The REAL battle against global fascism has just begun.

August 5, 2022
Please make sure these dispatches reach as many readers as possible. Share with kin, friends and workmates and ask them to do likewise.

I am sharing an essay by Ben Tóth, which pleads not to repeat the error of de-communizing, which has returned fascism to Europe.—Luciana Bohne

How do we, at large, NOT de-communize?

Meanwhile this is what I add to Ben's profoundly experienced and felt advice. Europe was not de-Nazified after 1945, except for East Germany, but it was de-communized after 1989. As a result, the Nazis are back in different shirts and symbols, and the first place they tore apart, wrecked, bombed was Yugoslavia. On 24 March 1999, they bombed Belgrade, a capital in Europe, after racializing the land in the 90s along ethno-religious lines: Catholic, Muslim and Orthodox. What the new Nazis gained from this mayhem was US Army Camp Bondsteel in Ferizaj, Kosovo. It was built by Kellogg, Brown, and Root Corporation (KBR). As a matter of fact, KBR also owns the rights for this place, although it is a private company.

"Able to host more than 7000 troops on site, Camp Bondsteel is currently the largest and widest base run by the United States of America in the Balkans. Since the lifestyle there is different than what the troops are used to, the authorities provide a wide variety of facilities to make them feel like home. The post exchange located on site is currently the largest in the eastern part of Europe. It is hosted in two large buildings and includes anything you can think of, from furniture, clothes, books and DVDs to TVs, phones, computers and food. The officials also claim to host the most advanced hospital in Kosovo, although most natives doubt about it. Other than that, the recreational options are widely diversified – a gym, a theater, two recreational facilities with pool tables, Internet and video games, a local chapel, dining facilities, as well as fire and police stations. The troops hosted at Camp Bondsteel can always relax in the restaurants, bars and pubs around, not to mention about the Thai massage offices run by professional Thai women." 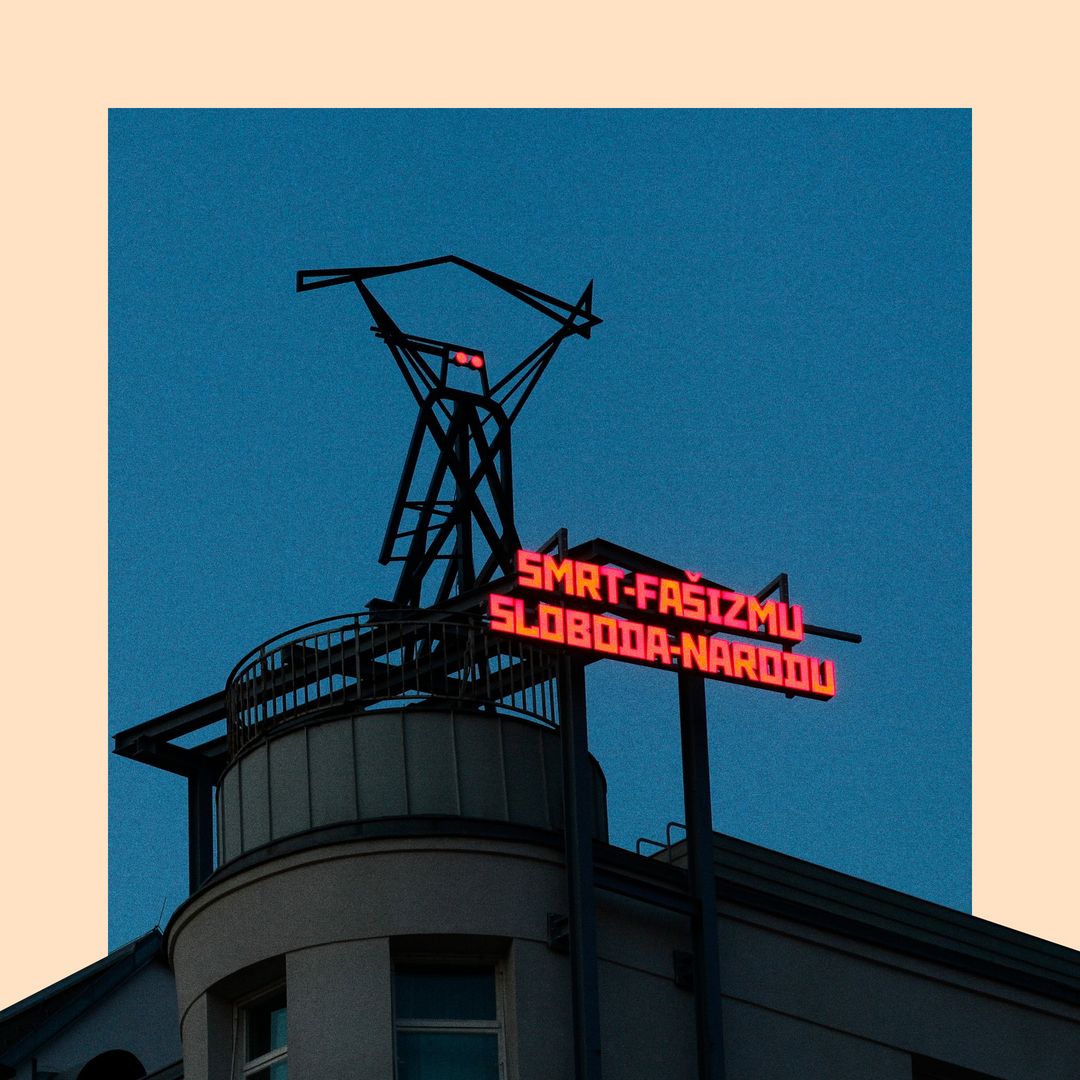 
After reading up about the unfolding crisis in Kosovo - where I see the same hand at work as during the late 1990s - I feel I have to write a follow-up to my previous news column, and provide - with heavy emotions - some context to the region, loosely following two threads I have come across : Aleksandar Pavic's Op-Ed on RT, and my comrade Yugopnik's recent video who has every right to speak authoritatively of his home region, both linked under sources.
I am an Eastern European - honorary - slav myself, my family name literally means Slav, so it should come as no surprise that I consider the people across what used to be called South - Yugo - Slavia my brothers and sisters, branches from the tree of the same root. And both our peoples have seen more than their fair share of blood across the centuries, giving our Pókliliom - Spider Lily, which usually grows white flowers - its blood-red color across the battlefields of old. I have witnessed our people becoming less and less "Gastarbeitern" - German for foreign worker - and more "white European" in the Brussels halls of power only a few years after we played the role of monstrous oppressor, or the oppressed for their cameras.
What the United States managed to achieve on this beautiful soil is as remarkable as it is heartbreaking. Turning families, seemingly indistinguishable cultures into sworn enemies overnight, following the only tactic it has known since the days of Rome : Divide Et Impera. Divide and Conquer. It was in play during World War Two - with the Reich offering each local Quisling and monarchist group protections and guarantees under N*zi rule, amplifying small divisions and carving up the land between what we call Croats, Serbs and Slovenes, and Bosniaks today. It led to horrific atrocities on all sides before Tito. This shtick was so successful - even while the most successful socialist resistance in Europe rose to crush it - it leads to one of the only true repeats of history I know of in 1999, which in turn coined the phrase Balkanization, when Belgrade was bombed for 78 days straight by the NATO "defensive" Alliance. 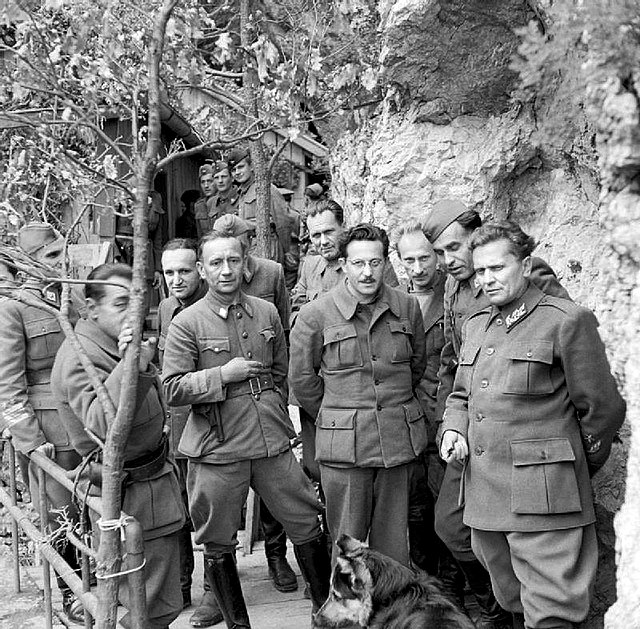 With the total and absolute defeat of N*zi Germany in 1945 by the Soviet Union, there was a most glorious sunrise in Yugoslavia, with the remnants of such criminal collaborationist gangs scattered and isolated, made illegal and then swept up by Partisans of Josip Broz Tito, one of the best-dressed revolutionaries in human history. I wrote about this before, and feel absolutely free to call me revisionist or Titoist or whatever you prefer, I will always stand up for each of our greatest leaders based on their own merit, and I don't care which new label it earns me. Uz Maršala Tita - With Marshal Tito, not even Hell can stop us, the song goes. These Ustaše, Chetniki and other scum's statues were torn down, their offices closed, and their graves made anonymous. It was in fact the very first true case of Den*zification in Europe. 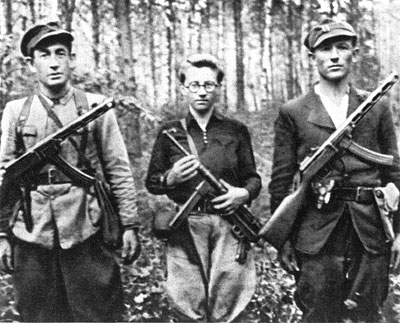 Yugoslav partisans. "This rabble" as many Nazis called it, defeated them in the field, through extreme valor and intelligence.

If you can, please support voices like Ben Toth's!

The Greanville Post. However, we do think they are important and valid enough to be transmitted to the widest possible audience.
Our special gratitude to our comrade Luciana Bohne for introducing us to Ben Toth.

The US empire will NEVER stop making trouble (Mao’s wisdom)

We are still NOT out of the woods. The site s barely functional. They planted poisoned pills in almost every key area.