Many people in the West are asking just how much their elites will ask them to sacrifice for the sake of Ukraine.

However, they are asking the wrong question.

The correct question is rather how can they bear the coming cost to themselves for the sake of gaining global hegemony for the collective West.

The absolute "necessity" of defeating both Russia and China, and in so doing how to manage the crushing weight that this task will inevitably bring down upon their populations is THE primary conundrum for western elites.

That they MUST defeat Russia and China is totally clear to them and they will do absolutely anything to bring the defeat of these two about. If they fail to do this they know that a wholly new, multipolar paradigm will result. The central goal that the political leaders of the West are fixated upon, maintaining their global dominance in order to create liberal democracies (sic) worldwide, will be lost forever. The multipolar world where power is dispersed across a far greater number of national powers will bring as one of its central precepts a mutual tolerance of many diverse forms of governance instead.

With the goal to maintain a faltering patrician dominance, and in the face of a Chinese economy now matching and in the near future vastly exceeding that of the USA, standing alongside a Russian leadership able to combine with Eurasian economies in unity against western demands, the entire West faces a meltdown of its influence. This is an unbearable prospect for western leaders, a prospect that they are willing to do literally ANYTHING to forestall.

No one should be surprised that the western political elites are supplying weapons to the Ukrainian regime in the hope of killing as many Russians as possible. I suspect that many have still not come to terms with the fact that we are most undoubtedly within World War III and have been for some time now.

The Eurasian powers, China, Russia and others in the global south see clearly that their chance to win the future for maximal tolerance and trade in the face of what has been an era of western

Intolerance and aggression, is now and if it is not won now that future will be lost. This is why from their side they too cannot give up.

Neither side can give up and surrender to the other. This is a fight to the death of one vision or the other. There can be no middle ground achieved as the western powers are totally insistent on the future being their way and that no other future is acceptable.

If reasonable people stood at the apex of western political power things would be very different. The course of events would be eminently peaceful incorporating cooperation across a wide panoply of issues. This is the future that people such as Jeffrey Sachs envisions, a future where connection and communication are the order of the day among pragmatic leaders seeking to understand one another for the good of all.

In a multipolar world the emphasis would be on trade and agreements and ameliorating any disagreements arising through extensive arbitration. Areas of concern where ambitions or national priorities conflicted would be ironed out long before any major conflict could arise. International law and the United Nations as a forum would be preeminent. Waging war as a solution would become extremely rare if it occurred at all.

In a renewed unipolar world where the USA and its allies have successfully beaten Russia and China, the concept of a rules-based order based on rules formulated by them would be the order of the day. Due to fears concerning continued resistance to their newly won dominance, surveillance would be widespread and punishments for varying degrees of opposition would be agreed and applied. International law would no longer be the yardstick for legality or illegality on the global scene and the United Nations would most likely cease to exist or simply become a toothless entity and talking shop. In essence the world dominated in perpetuity by the western powers would become a de facto prison planet.

We are all now faced with these dual visions of our common future as laid down by these two sets of elites, one western, the other eastern and southern. The current political leaders of the West say there is no middle ground, that no compromise is possible and that there is no higher priority than them winning against those who wish for an entirely different future, even if their ambition was simply to have this for their own populations. For the western political elites they must be brought to heel and made to accept western global preeminence. Or else.

With no prospect of diplomacy intervening as this for the western powers would only delay their wished-for outcome, the only alternative path forward for them is the fomenting of war at every possible level and in every possible circumstance to create the destructive forces within their target nations to bring them to their knees. Thus we have the unlimited aggression and supply of weaponry and finance to the Ukrainian regime. As has been bare-facedly admitted by senior U.S. officials, the end goal of this policy is to weaken Russia and the effect upon Ukraine is largely inconsequential.

Inconsequential too by default will be the suffering of western populations as a result of the war being waged on Russia and the additional suffering they will undoubtedly have to endure as the war against China becomes ever more fierce. That western populations suffer incredibly traumatic deprivations never before seen in modern times, in the infamous words of Madeleine Albright, is now, and will continue to be seen by all present political elites in the West, as a price worth paying. 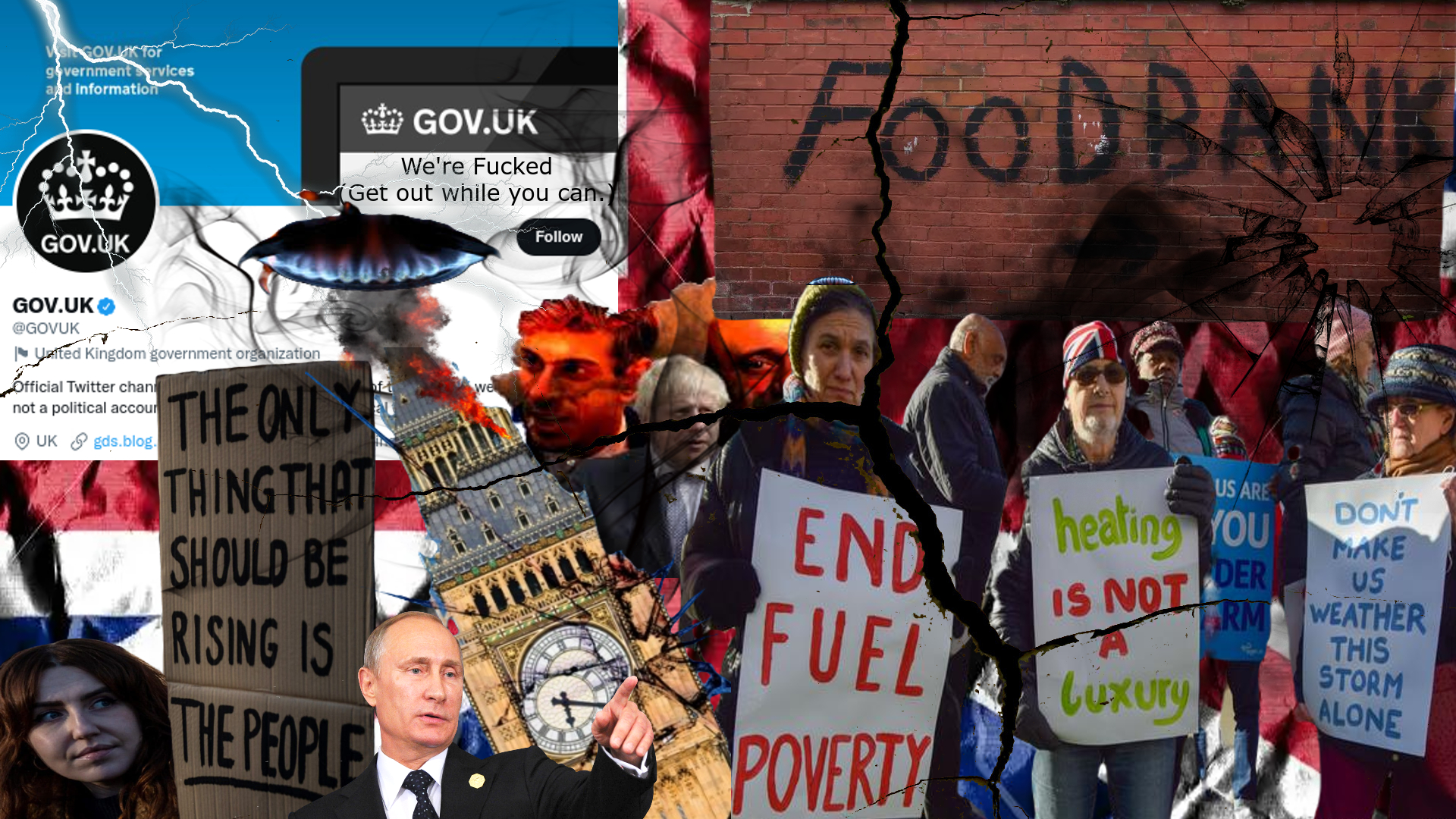