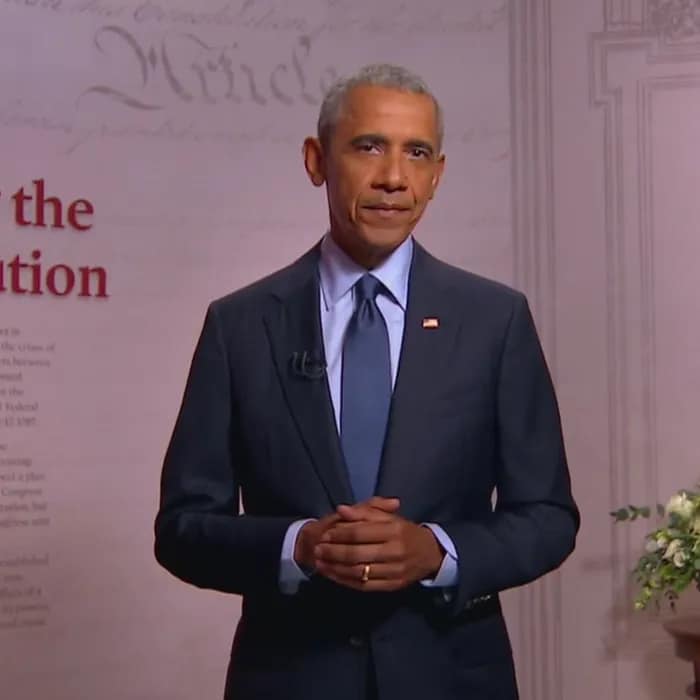 The cheering has yet to stop for this shameless hypocrite.

Cultural Riffs
The sordid punishment for celebrity worship.
It looks like President Barack Obama can add Emmy winner to his resume. The former [and still very much in discreet service] puppet of the oligarchs won it for narrating a Netflix documentary on the importance of national parks around the globe in the fight against climate destruction.
Very interesting Obama didn’t mention what is happening to the parks in his hometown of Chicago to build his presidential library.
The library is being built on 19.3 acres of wooded public parkland in Jackson Park, a historic urban park on the National Register of Historic Places. To build it, one thousand trees would be cut down and migratory birds would be harmed. The environmental impact of the library would not be felt if it was built near a suggested location, Washington Park. When citizens attempted to raise these concerns at open town hall meetings, they were shut down.
Outside of his vanity project, Obama didn’t seem to make the viewers aware of his complicity in destroying the planet we inhabit. It was the former community organizer who approved drilling in the Arctic, showed little interest in his first term in curbing greenhouse gas emissions, bragged America had become the biggest producer of fossil fuels under his watch and who did nothing to halt the Dakota Access Pipeline. As protestors were being beaten for their opposition to the construction of the Dakota Access Pipeline on indigenous land, Obama was approving two additional pipelines to Mexico.
Then, there is one of the greatest pollutants Obama unleashed upon the earth. One all his predecessors unleashed upon the world: war. Under Obama, the Pentagon continued to emit more greenhouse gases than entire nations. His uptick in drone strikes, imperialist interventions and $1 trillion “investment” in upgrading America’s nuclear arsenal harmed the environment of America and dozens of other nations. It’s disgraceful more environmentalists can’t make the connection that war is a destructive force to the stability and future of earth.
Giving Obama an Emmy is a joke. It’s no different than giving him a Nobel Peace Prize. In our culture, a war criminal can be seen as a symbol of peace and a man who destroys the planet can be seen as an environmental champion.
The Myth of Oprah, the Great 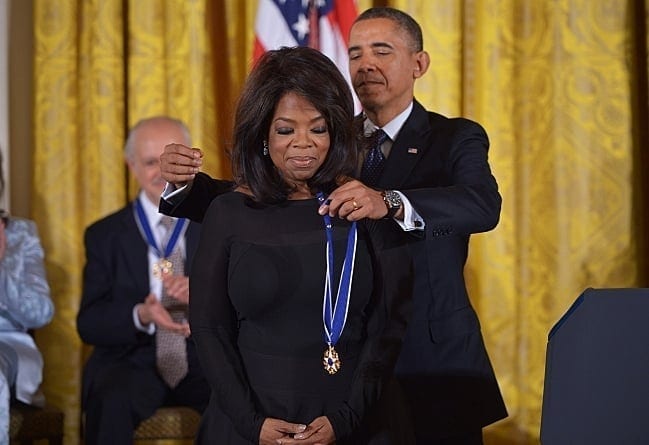 Among other dubious accomplishments, Oprah's obsequious deference to the Holocaust entrepreneur Elie Wiesel, helped protect Israel from criticism for its treatment of Palestinians and a multitude of other crimes.
Rose McGowan might be one of the few moral human beings remaining in Hollywood.
I remember when she accused Oprah Winfrey of being “as fake as they come.” She slammed the billionaire for her past friendship with sexual predator, Harvey Weinstein.
I applaud her! Winfrey has been allowed to parade herself around the world as a “guru” and “inspirational figure.” She’s just another member of the oligarchy.
She’s helped rehab/massage the image of sexual predators such as Bill Clinton after he left the White House. Her media platform helped propel figures such as Hillary Clinton and Barack Obama into seats of power. In the lead up to the Iraq War, she pushed it HARD. She regularly featured “experts” who warned America of the danger Saddam Hussein posed to the world.
During the Black Lives Matter protests, she regularly demeaned protestors. Saying of the activists, “But what I’m looking for is some kind of leadership to come out of this to say, ‘This is what we want. This is what we want. This is what has to change, and these are the steps that we need to take to make these changes, and this is what we’re willing to do to get it.’”
As to her affiliation with Weinstein, you can’t convince me she didn’t know he was a predator. Other Hollywood insiders have gone public claiming everyone knew about Weinstein’s abuse of women. As the producer Scott Rosenberg said when it came to Weinstein, “Everybody fucking knew!”
The oligarchy loves Winfrey. Why? Because she’s more than a billionaire. She’s a cult leader. Winfrey has gotten millions of women to blindly follow her while running cover for corporate power and sexual abuse. That’s dangerous. More should call her out as McGowan has done.
ABOUT THE AUTHOR

Dorothy Lennon is a frequent commenter on politics and culture.