A “red line” in innocent blood: US M777 howitzer massacre civilians in Donetsk

Published: September 20, 2022Last Updated on September 21, 2022
Please make sure these dispatches reach as many readers as possible. Share with kin, friends and workmates and ask them to do likewise.

First published on The Saker Blog

This is how the US and NATO ‘bring democracy’ to the Donbas: (no need for translation)

In response to this massacre, both the LNR and DNR have asked to be incorporated into the Russian Federation.  See here: https://www.rt.com/russia/563113-lpr-vote-to-join-russia/

Donbas republic eyes vote on joining Russia
The Donbas republics' admission to the Russian Federation would immediately change the complexion of Ukraine's attacks on the region, as they would be attacking Russia itself.

The Lugansk Civic Chamber has called on the state's leadership to “immediately” hold a referendum ©  Telegram/LIC_LPR A "referendum" on joining Russia should be held “immediately,” the Civic Chamber of the Lugansk People’s Republic (LPR) said on Monday. The body addressed the LPR’s leader, Leonid Pasechnik, as well as the republic’s legislature, urging them to speed up the process and hold the vote as soon as possible. 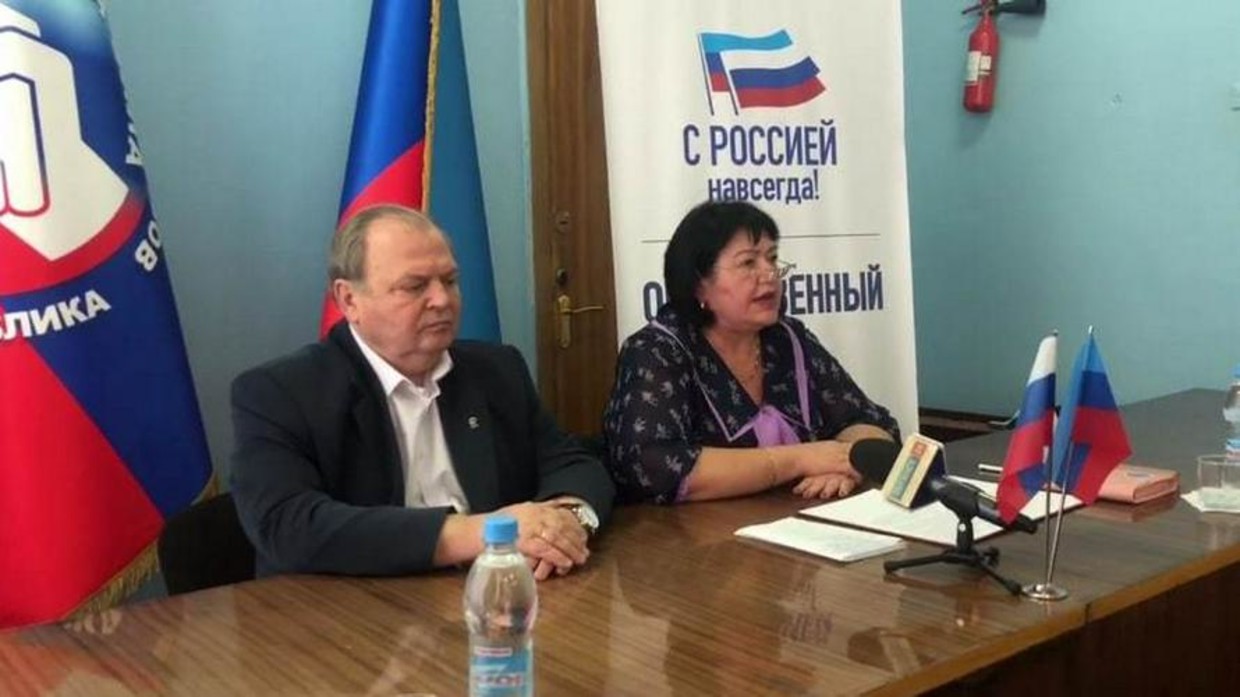 “The residents of Donbas made their choice back in 2014 at the self-determination referendum of the Lugansk People’s Republic, and all these years we have been waiting and believing that the second one will definitely follow, which will fulfill our dream of returning home – to the Russian Federation,” the deputy head of the Chamber, Lina Vokalova, stated.9999 Holding a vote is now crucial for the republic, as “the events of recent days have shown that the Kiev nationalists have crossed all the red lines,” she stressed.
“The Nazis mercilessly shell and stage terrorist acts against the civilian population of the Lugansk People’s Republic, seeking to scare us, and make us give up our dream and our ultimate goal – to join the Russian Federation,” Vokalova added.999 Calls to conduct a referendum “immediately” have been unanimously supported by the Civic Chamber and submitted to Pasechnik and the LPR legislature. So far, the leader of the republic has not made any public statements on the initiative.
'
Shortly after the call for speeding up the “referendum”was made, the head of the Civic Chamber, Alexey Karyakin, said it was too early to speak about a concrete date for the poll. The preparations for it are not a “matter of a single day,” he said.
Russia sent troops into Ukraine on February 24, citing Kiev’s failure to implement the Minsk agreements, designed to give the regions of Donetsk and Lugansk special status within the Ukrainian state. The protocols, brokered by Germany and France, were first signed in 2014. Former Ukrainian President Pyotr Poroshenko has since admitted that Kiev’s main goal was to use the ceasefire to buy time and “create powerful armed forces.”
In February 2022, the Kremlin recognized the Donbas republics as independent states and demanded that Ukraine officially declare itself a neutral country that will never join any Western military bloc. Kiev insists the Russian offensive was completely unprovoked.