Home AMERICAN BRAINWASH Russia will mobilize about 1.2% of her mobilizational potential (UPDATED!)

Russia will mobilize about 1.2% of her mobilizational potential (UPDATED!)

The winds of (inevitable?) war —stoked by the imperialist West—begin to pick up momentum

September 21, 2022
Please make sure these dispatches reach as many readers as possible. Share with kin, friends and workmates and ask them to do likewise. 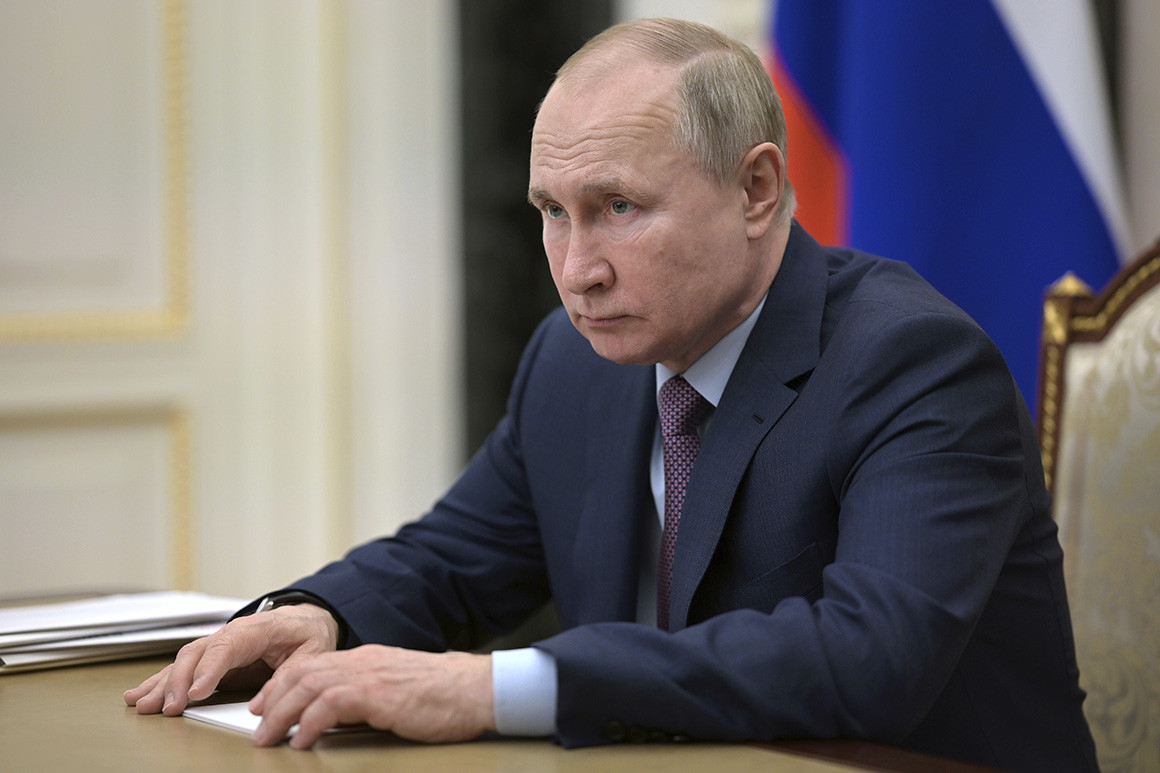 Pres. Putin: Russia's most important historical figure in the last 75 years and probably in modernity.

So, after lots of speculation, we now know that the Kremlin has decided to mobilize about 300’000 soldiers from a total mobilizational potential of 25’000’000 soldiers.  That’s just a little over 1% of Russia’s mobilizational potential.  We are talking only about those soldiers who have an official status of “reserves” and all of them will have to undergo special training before being sent to the Ukraine.

A few comments about this decision:

In other words, Russia is preparing for an escalation of this war in the coming months.  She is basically augmenting her forces to a level that could deal with a major NATO escalation in the Ukraine (and elsewhere as not all mobilized forces would have to be combat units; deploying more C4ISR capabilities, logistics/supply forces or civil affairs and counter-terrorism units would also make sense).

The other big news of the day is, of course, that Russia will back and accept the outcome of the referendums in the four regions mentioned above.

Frankly, I have mixed feelings about this decision, but I understand that the Kremlin simply had no other option for the following reasons:

They have even resorted to the nuclear blackmail. I am referring not only to the Western-encouraged shelling of the Zaporozhye Nuclear Power Plant, which poses a threat of a nuclear disaster, but also to the statements made by some high-ranking representatives of the leading NATO countries on the possibility and admissibility of using weapons of mass destruction – nuclear weapons – against Russia.  I would like to remind those who make such statements regarding Russia that our country has different types of weapons as well, and some of them are more modern than the weapons NATO countries have. In the event of a threat to the territorial integrity of our country and to defend Russia and our people, we will certainly make use of all weapon systems available to us. This is not a bluff.

Of course, we can expect the usual hysterics and doubling-down from the western ruling class which already promised never to recognize the outcome of any referendums.  Russia understands that and she has now taken the measures needed for a long conflict.

As for the Ukronazis, we can be sure that they will do everything in their power to try to disrupt the referendums.  Furthermore, the NATO commanders in Kiev fully understand that the Russian forces will only become more powerful over the next few months, so they will be in a hurry to score as many victories (including the murder of civilians and strikes against the civilian infrastructure) as possible.

I fully expect an increase in NATO+Ukronazi attacks in the coming weeks and months.  These attacks will only stop when a) the West runs out of resources and b) when their outcome will bring no tangible results whatsoever.

For the consolidated West, this has been mostly about optics: PR, PSYOPs, propaganda, you name it.  With this latest Russian reaction, it will become even MORE crucial for the rulers of the consolidated West to convince their serfs that Russia is losing and the West winning.

Since the western ruling classes know that time is running out (both militarily AND economically) they are desperately trying to conceal this by vociferously proclaiming that the Russian “field negros” will get punished (lynched!) for their audacity in disobeying the Great Masters of the Universe.

I want to note here that this mini-mobilization will have an important psychological effect upon Russian society: the “business as usual” mindset is now clearly obsolete.  The Russian MIC has received a direct message that it is now also “mobilized”.  The rest of the Russian economy will take notice, I am sure.  As will the people.  I welcome that “change of tone” very much.

Anyway, I will conclude with a few short items.

Some trolls have constantly been begging me to “show them the bodies”.  Okay, I found a Telegram channel with enough bodies to, hopefully, satisfy them: https://t.me/ZLOIORK

Next, the Poles have already threatened to conduct their own referendum in western Ukraine.  Who would have doubted that the Hyena of Europe will bite off a little morsel of Ukraine for itself (especially one which did belong to Poland historically?).

In the meantime, Armenia has threatened to leave the Collective Security Treaty Organization (CSTO), a decision which, if that happens, I will fully support and celebrate!  The CSTO needs a good cleaning, to put it mildly.  Russia saved the sorry asses of Lukashenko, Tokaev and Pashinian, and yet all three are still playing that wannabe smart-ass policy of “multi-vectors” which, in plain English, means “we want Russia to protect us while we sell out to the USA”.  The truth is that Russia has much better partners than most of her immediate neighbors and the likes of Lukashenko, Tokaev and Pashinian need to learn things the hard way.  That is what Armenia is experiencing right now.  Maybe Lukashenko and Tokaev will get the message and learn the lesson.  As for Armenia, it will just get what it deserves…

In sharp contrast to Armenia, Azerbaijan, Iran and even Turkey have been much more responsible partners for Russia (though Turkey also needs a “reminder” from time to time to behave).  And since now the Armenians have “security guarantees” from no less than Pelosi (!) they can now sleep in peace with no need for Russian protection, right?  😆

As for the City on the Hill, the world's Sole Superpower, it is busy with nonsense like this: “Unexpectedly, the USAF Finds Itself With a Critical Shortage of Pilots While It Says It Has Too Many White Officers“.  As the French like to say, the more things change, the more they remain the same…

On a more personal note, we now have almost 1000 commentators who signed up.  Thank you all for taking the time to do so!  The comments section is already showing clear signs of improvement (already much fewer trolls/idiots than in the past).

That’s it on my end.  Now I turn the comments section over to you.

UPDATE: Russian sources are reporting that western PSYOPs are actively spreading FUD all over the Russian Internet with all sorts of nonsense about the partial mobilization.  Hardly a surprise, so please try not to fall for this nonsense.

PS: The clueless Russian 5th column tried to organize some protests against this mini-mobilization.  The outcome? 364 people arrested.  96 is Saint Petersburg, 89 in Moscow and 45 in Ekaterinburg.  Which gives you a good idea of how utterly irrelevant the 5th column has become in Russia (except in the circles of power where Atlantic Integrationists are still hiding waiting for better times).

Here is a photo of Alexander Belik, the coordinator (while Navalny is in jail for fraud) of the “movement of conscientious objectors”.  I don’t think I need to comment about this ;-)

Andrei Raevsky is the editor in chief (and founder) of the Saker network of sites dedicated to geostrategic analysis and commentary on the clash between "the West" and the emerging Eurasian bloc, led by Russia, China, Indian, and Iran.

Freedom over censorship, truth over narrative.
Follow us on Facebook: https://www.facebook.com/RTnews
(Ed Note: The RT.com video has gotten almost uniform support and acclaim from the viewers. The usual contingent of trolls and Western idiots and robots seem to be momentarily, at least, absent.)

The President signed an Executive Order Declaring Partial Mobilisation in the Russian Federation.