THE FOLLOWING IS IN TWO SEGMENTS. THIS IS THE FIRST PART.

(A statement in Pictures)

EU and NATO backed Moldovan President Maia Sandu has a war problem. It’s not a Russian problem. It is a peace problem.

That problem gathered en mass all around the huge pinnacle at the Eternity Memorial Complex in the Moldovan capital of Chisinau at the completion of the annual Victory Day march. This march commentates the historic victory of Russia over Germany at the close of WW II and those who died for this just cause.

More importantly a war that, until 2014 in Ukraine, saw the end of all national Nazi influence on earth.

However with fear in the air and a renewed US inspired Nazi connotation heading south towards Transnistria and Moldova (see: Part Four) there was a renewed energy in this huge crowd of more than 30,000 in attendance. Moldova is in the cross hairs of NATO. And every Moldovan knows it.

This threat to this wonderful and pristine country is based, as usual, on one big western lie.

NATO would have the world believe that there is a Russian threat within Moldova and that this threat in embodied in Transnistria which forms a national and natural border between Ukraine and Moldova. In doing so these war pigs to the West and their media prostitutes state that Moldova is divided on the Russian issue and that most Moldovans are in such fear of the Russian presence embodied in Transnistria that they support NATO intervention on their land.

As shown marching shoulder to shoulder on this beautiful Spring morning in Chisinau- old and young, civilian or veteran- this lie is utter rubbish.

It is said that “a picture paints a thousand words.” Presented for the readers consideration are the following series of pictures from the Victory Day march. A march that this day was necessary to honour victory, but more importantly, for peace.

Today is a Memorial Day to those who fought and those who died in war wearing the Russian uniform. Remembering war means remembering the value of peace. Thousands who attended brought similar photos of loved ones from all wars including Afghanistan and Syria. 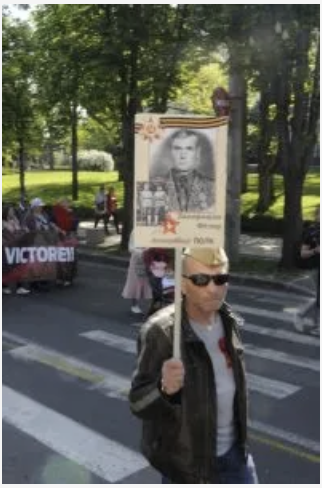 Regarding Moldovan fear of Russia, and more importantly Transnistria…

...the flags tell the story. 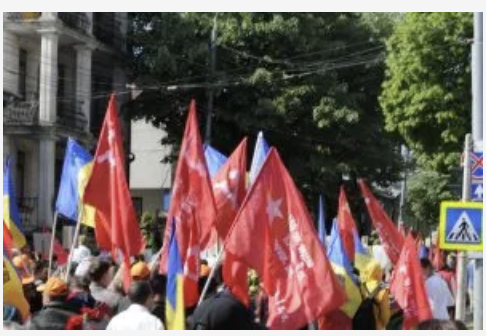 However, one chant rose above all others; a chant that NATO and the other US puppets – and the uninformed world- MUST hear and understand well…… 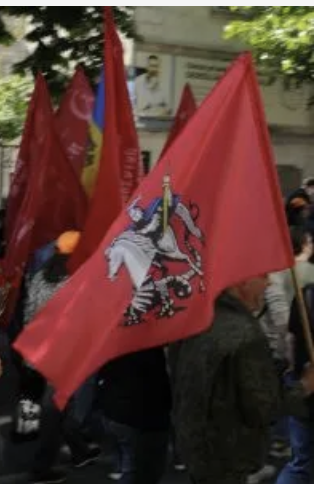 The Knight is Russian. The dragon...is Nazism.

Uniforms and medals were everywhere. Worn by Moldovans, proudly. One officer, seeing me taking photos, grabbed me by the sleeve to get my attention. He took my arm and pointed up and down the boulevard at the massive marching crowd.

“We, everybody… we are Russian!” he said with a huge smile of Moldovan national pride.

Orange is NOT for the 2014 US backed “Orange Revolution” that overthrew legitimately elected Ukrainian president Viktor Yanukovych and thus began- deliberately- the Ukrainian/ NATO war. 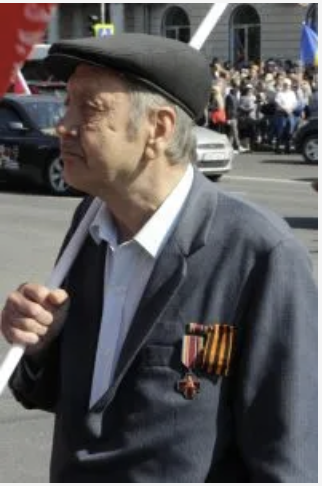 This is the Georgievskaya, or St. George Ribbon medal. Showing that their president is also a threat to Moldova, Maia Sandu had banned this Victory Day march and the wearing of the medal and Orange and Black. It did not work. The police did nothing.

If they had made one arrest… it would have been a riot.

Thousands also lined the boulevards, cheering on the marchers and their implicit demands to President Maia Sandu: Peace… NOT war!

While I was shooting, a person unknown stuck this on my camera lens. A message to all reporters. Of course, I agree. 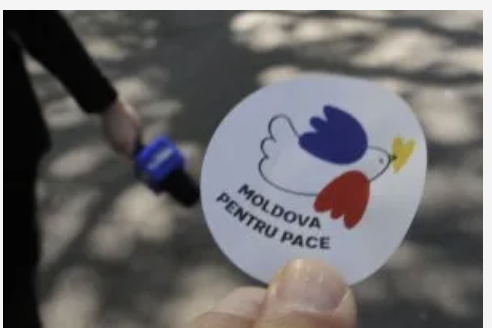 But a special shout-out goes to the smarmy little British “journalist” on the right of this final picture, an unknown Sky News reporter who I had noticed standing in front of a camera and muttering his scripted lines before the camera rolled. 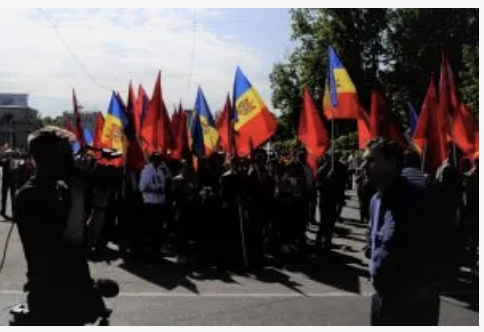 Taking a break just before, and looking around at the growing crowd of Moldovan and Red Victory flags surrounding him, this little man of war said, and here I quote,

“Right! And they think their little Red Card protest is going to stop this war?”

In one sentence, the biggest problem: Those of the pro-war media doing their job of bringing the lies of this war to their war-mongering western public.

Who is this evil little man? I don’t know.

But he should be damn thankful, as I listened in horror from ten feet away, that I am a pacifist,

Brett Redmayne-Titley is an internationally published journalist specializing in on-scene reporting regarding current events from around the world. Over 200 published articles, many republished and translated by some of the best alternative on-line news services.