The US Empire Is Accelerating Toward Global Conflict On Two Fronts

|
Be sure to distribute this article as widely as possible. Pushing back against the Big Lie is really up to you. 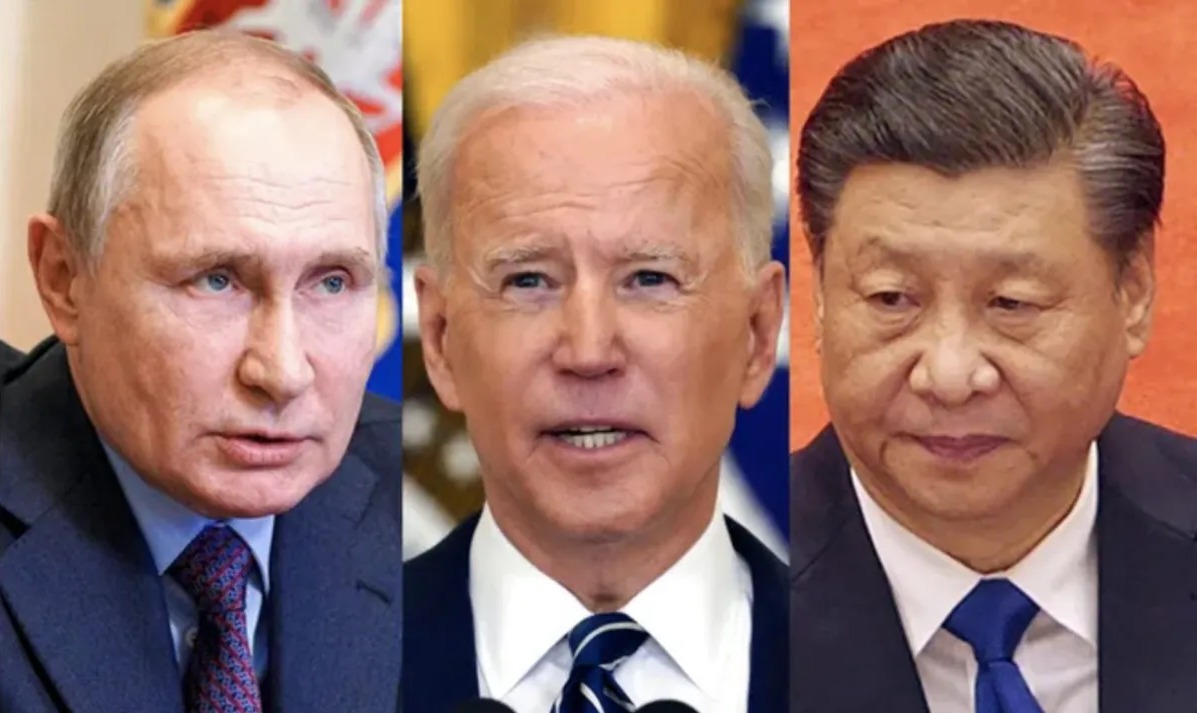 Vladimir Putin has announced that referenda will be held in four regions of the eastern part of Ukraine whose populations will now vote on whether to join the Russian Federation, much like the Crimea referendum of 2014 which resulted in Russia’s annexation of that territory. Putin announced that 300,000 additional troops will be mobilized for the war to help facilitate this action, which is a major escalation in the conflict by any measure.

Putin also issued a stern nuclear warning that’s being hysterically spun by empire managers as a shocking and unprecedentedly bellicose threat, but if you read what he actually said it’s clear that he’s really reminding the west of the same principles of Mutually Assured Destruction that have been in place for generations, and isn’t expressing any position that western nuclear powers don’t also hold:

Nuclear blackmail was also launched. We are talking not only about the shelling of the Zaporizhzhya nuclear power plant, which is encouraged by the West, which threatens a nuclear catastrophe, but also about the statements of some high-ranking representatives of the leading NATO states about the possibility and admissibility of using weapons of mass destruction against Russia – nuclear weapons.

To those who allow themselves to make such statements about Russia, I would like to remind you that our country also has various means of destruction, and for some components more modern than those of the NATO countries. And if the territorial integrity of our country is threatened, we will certainly use all the means at our disposal to protect Russia and our people. It’s not a bluff.

The citizens of Russia can be sure that the territorial integrity of our Motherland, our independence and freedom will be ensured, I emphasize this again, with all the means at our disposal. And those who are trying to blackmail us with nuclear weapons should know that the wind can also turn in their direction.

So while this war is indeed insanely dangerous, it’s not because of any of the words coming out of Vladimir Putin’s mouth.

Westerners who are expressing shock and astonishment at Putin’s frank acknowledgement of what’s at stake in Russia’s increasingly direct confrontation with the US empire are really just admitting that they haven’t been paying attention. The risk of nuclear war is why sensible people have spent years calling for de-escalation and detente between the US and Russia while tensions have been steadily building since long before the invasion of Ukraine. Now there are western officials who say the world is actually at greater risk of nuclear war than it ever was during the last cold war.

A nuclear conflict could be sparked by either side making a calculated decision to use nuclear weapons (and you’re fooling yourself if you believe the US is any less trigger-happy in that regard than Russia), but it can also be sparked by either side due to a mistake resulting from a technological malfunction, miscommunication, misunderstanding or miscalculation, as nearly happened many times during the last cold war. The more things escalate, the more likely both such possibilities become.

And, clearly, things are escalating.

And that’s just Russia; tensions are rapidly escalating between the US-centralized empire and China as well. In an article for Antiwar.com titled “There’s Little More Washington Can Do To Convince China To Invade Taiwan,” Andrew Corbley describes the frighteningly extensive provocations the US has been pouring into another massive geopolitical powderkeg just in the past few weeks.

People who, in 2016, refused to support Clinton, (given the Dems' shameless embrace of the warmongering national security state and open subservience to Wall Street), while also rejecting the disgusting charlatan Donald Trump, see themselves sadly vindicated at this historical juncture. The truth is out there, as this article proves. But who's listening? Almost all the media oxygen is consumed by the corporate disinformers.
P. Greanville

“In the last 50 days, the executive and legislative branches in Washington have done more than in the last 50 years to convince China that America’s imperial policy is simply relentless, and must be met with force,” Corbley writes. “That’s not to say it’s by any means a given that the People’s Republic of China will invade its cross-straits neighbor of Taiwan, but that is to say that if strategic planners in Washington sat down and created a bulleted list of how to facilitate such an invasion, they would have probably gone through all the bullets by now.”

Corbley notes the incendiary visit to Taiwan by Nancy Pelosi (which has since been followed by a deluge of additional US officials), President Biden’s repeated and increasingly explicit commitment to plunge the US into direct hot war with China if there’s an attack on Taiwan, and the Senate Foreign Relations Committee’s insanely escalatory Taiwan Policy Act. When you look at the brazenness, ferocity and aggression of these provocations between two nations who logically should never go to war with each other, it really does look as though the empire is putting the pedal to the metal in acceleration toward global conflict.

On paper it looks completely irrational for the US empire to be ramping up aggressions against two powerful military and economic forces simultaneously, but it’s undeniable at this point that that is what’s happening. Clearly, our rulers have some kind of strategy for how they’re going to see this through, though it remains to be seen whether that strategy is the desperate Hail Mary pass of a dying empire or a potentially highly effective plan using tools that aren’t currently visible to the public.

Either way, it looks like it’s probably a good time to relish human life on this planet while it’s here to be relished.