Jimmy Dore: No, Russia Didn’t Blow Up Their Own Pipeline

Meanwhile, the main victims, the Germans, are dutifully pointing fingers at Russia (as ordered by their masters in Washington). The corruption and absence of sovereignty, not to mention spine, of Germany is hereby certified. Will the German masses react intelligently or supinely? We'll see.

NOTE: The top video is on YouTube, the second video—our insurance—is on Rumble. These days we need to duplicate the posting of any videos that the deep state might object to, a sthey are known to outright cancel/censor accounts and delete their entire video inventory in a few seconds, no appeals permitted. YouTube, owned by Google, is a notorious henchman enforcing these anti-First Amendment diktats. Rumble, on the other hand, while also capitalist, seems to make it its business to publish materials frowned on by the "Woke liberals" (mainly Democrats, today's chief War Party), so the videos of this sort criticising US policy, are safer.
—The Editor

On Tuesday it was revealed that the Nord Stream 1 & 2 pipelines that carry liquefied natural gas under Northern Europe’s Baltic Sea had been sabotaged, rendering them inoperable, possibly permanently. And almost as quickly the finger-pointing began, with many in the West alleging that Russia had intentionally damaged its own pipeline while others claimed that a more logical explanation would pin the blame on the U.S., likely acting to eliminate any possibility that European countries will revert to relying on Russia as a source of gas. Jimmy and his panel of The Dive’s Jackson Hinkle and America’s comedian Kurt Metzger discuss the competing theories and possible motives behind the Nordstream attacks. 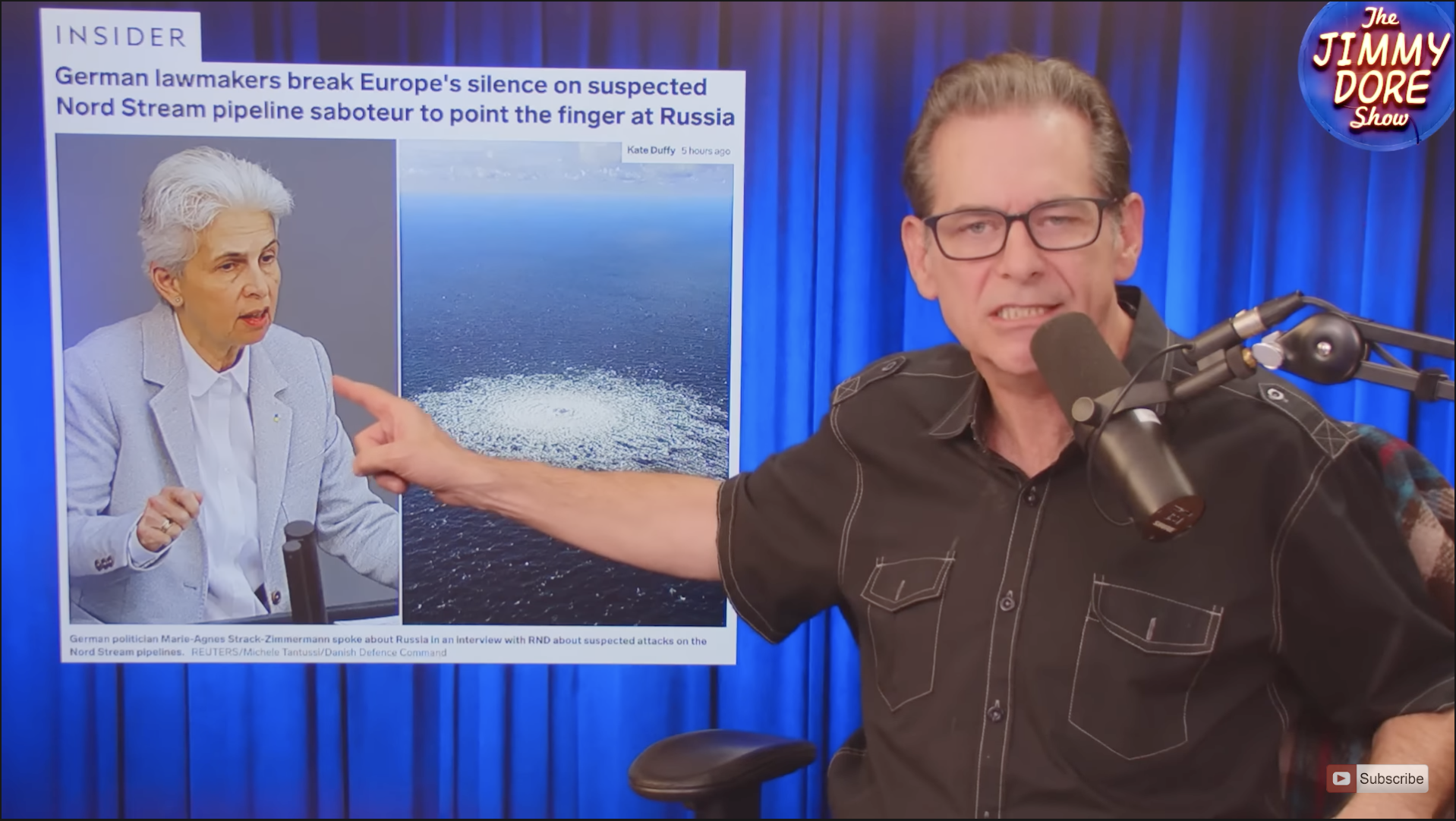