LIVE: Scott Ritter on What’s Next for the Ukraine Crisis 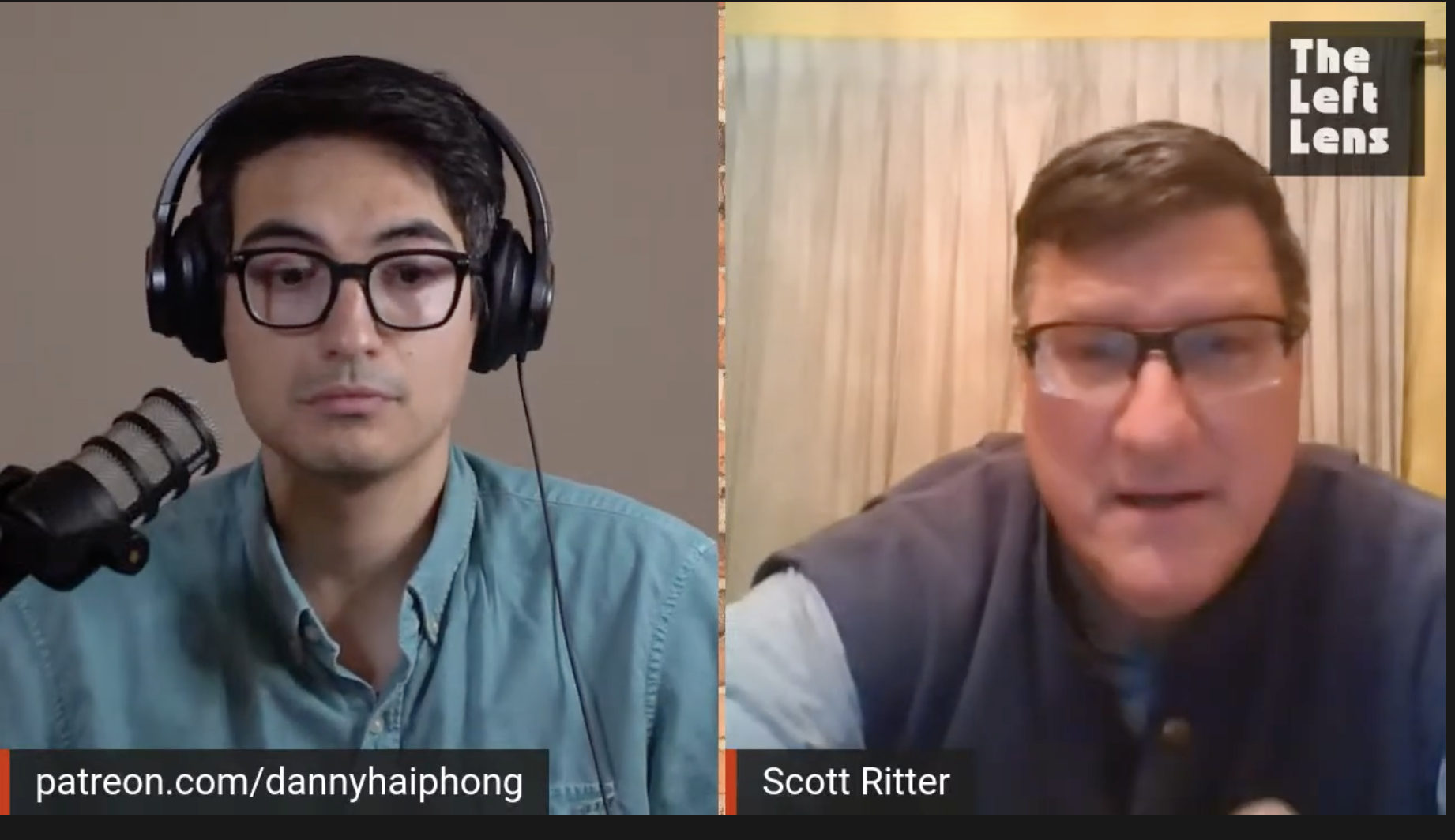 Below, the Rumble version of the Ritter segment, as great video materials that contradict the official Democrat Party/Deep State / Woke narrative have a way of being banned overnight, and with no appeal, by Google (YouTube), Facebook, Twitter and other major social media platforms.

The Left Lens with Danny Haiphong / Oct 4 2022
Danny Haiphong interviews Scott Ritter on the widening Ukraine conflict, the meaning of Putin's historic speech, and the dangers ahead; later discusses the largely CIA-manufactured "feminist" protests in Iran, and the possible outcome of the Brazilian election.

ABOUT THE AUTHOR / SOURCE
SCOTT RITTER is a former US Marine Corps Intelligence Officer whose service over a 20-plus-year career included tours of duty in the former Soviet Union implementing arms control agreements, serving on the staff of US Gen. Norman Schwarzkopf during the Gulf War and later as a Chief Weapons Inspector with the UN in Iraq from 1991-98. DANNY HAIPHONG is a left geopolitical analyst and editor with Black Agenda Report.