October 10, 2022 8 minutes read
Please make sure these dispatches reach as many readers as possible. Share with kin, friends and workmates and ask them to do likewise. 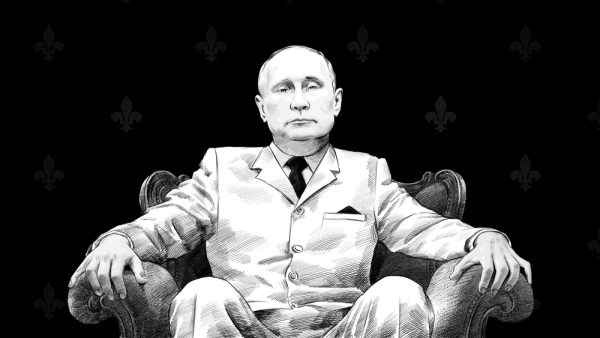 Russian President Vladimir Putin has certainly been a naughty boy! The always unreliable and unofficial government-originating disinformation source The Hill is reporting that Moscow has spent the equivalent of $300,000,000 in an effort to “influence” world politics in its favor. The story relies on and follows a New York Times special report which again seeks to revive the claim that the Kremlin has been interfering effectively in American elections. Is it a coincidence that all the Russian bashing is surfacing right now before US elections at a time when the President Joe Biden Administration is agonizing over what it describes as sometimes “foreign-supported” domestic extremists? I don’t think so.

The Hill report establishes the framework, claiming that “Russia has provided at least $300 million to political parties and political leaders since 2014 in a covert attempt to influence foreign politics, the US State Department alleges. Multiple news outlets reported that a cable released by the State Department reveals that Russia has likely spent at least hundreds of millions more on parties and officials who are sympathetic to Russia… According to the Associated Press… Russia used front organizations to send money to preferred causes or politicians. The organizations include think tanks in Europe and state-owned entities in Central America, Asia, the Middle East and North Africa. State Department spokesman Ned Price said in a press briefing on Tuesday that Russia’s election meddling is an ‘assault on sovereignty… It is an effort to chip away at the ability of people around the world to choose the government that they see best fit to represent them, to represent their interests, to represent their values.’” [Laughter allowed, especially when we think of US "democracy", the best that money can buy.—Ed)

For the Russians to be able to subvert US democracy, we'd have to have first a genuine democracy, which in reality doesn't exist.

And why is Russia behaving as it allegedly does? According to another State Department source who spoke to The Hill the Joe Biden Administration’s concern is not regarding any single country but the entire world as “we continue to face challenges against democratic societies.” Oddly enough, that Russia should be disinclined to waste its money and other resources on such a quixotic objective never appears to have occurred to the Department of State or to the editors at The Hill.

Typically, the State Department has shared information with select media but has refused to publicly release any parts of the cable which allegedly provide the intelligence-based evidence supporting the claims of Russian meddling. The Hill, perhaps inadvertently, reveals what the whole story really is about when it concludes its piece with “Intelligence assessments have determined that Russia interfered in the 2016 presidential election in spreading disinformation online that was designed to help then-candidate Donald Trump over his opponent, Hillary Clinton. Russia also tried to help Trump in his reelection battle against President Biden in 2020.” So yes, it’s all about Moscow helping Trump against the Democratic candidates. Interestingly, however, most non-Democratic Party-aligned sources have come to agree that it was the Democrats who were trying to damage Trump in 2016 through the use of a fabricated dossier that sought to impugn his character and portray him as a Russian stooge. Far worse, they also used the national security apparatus to “get Trump.”

The Times adds more detail and serves inter alia as a puff piece for the Biden Administration’s foreign policy vis-à-vis Russia. It is based clearly on information provided by unnamed government sources and is largely devoid of any actual evidence, though it does cite some names of Russians to provide authenticity. This is a common trick used in the media and government, particularly by intelligence agencies, to make fabricated material look genuine. One giveaway that the reporting should be considered suspect occurs in the very first paragraph where it states that “Russia has covertly given at least $300 million to political parties, officials and politicians in more than two dozen countries since 2014, and plans to transfer hundreds of millions more, with the goal of exerting political influence and swaying elections.” If the New York Times is privy to Russian top-level planning, even via leaked information from the Central Intelligence Agency (CIA) and other government sources, it would be surprising to learn that the US has that capability. If the National Security Agency (NSA) has secretly broken Russian secure communications to obtain such information, it would be a major security breach and a violation of the Espionage Act of 1918 for any American news outlet to suggest that, indicating pari passu that the report is bogus.

And then there is the question of context. The United States has been routinely doing what is now being blamed on Russia ever since the conclusion of the Second World War. And it does it on a scale much larger than a paltry $300 million. The effort to bring about regime change in Ukraine alone cost something like $5 billion. Meddling in foreign elections and politics is, in fact, a major function of the CIA. It is called “covert action” or referred to in the trade as “CA.” Covert action is defined in the National Security Act of 1947 as “[a]n activity or activities of the United States Government to influence political, economic or military conditions abroad, where it is intended that the role of the United States Government will not be apparent or acknowledged publicly. 50 U.S.C. § 3093(e).”

Most CIA Stations and even the larger Bases overseas have covert action capabilities and their activity is frequently governed by the operating directives that are applied to every country where the Agency operates. In practice, covert action most often consists of recruiting, paying and directing journalists and other opinion-shapers to write stories and support narratives favorable to US interests. In some cases, depending on circumstances, the CA officers will either directly or indirectly fund groups and individuals who are opponents of the established government. If there is a major operation, like Ukraine, success comes when there is regime change.

And what is the value for money with CA operations? It is hard to say but the official intelligence budget for the US government is $84.1 billion with additional sums hidden in other government funding, to include the Pentagon and Homeland Security. The CIA gets a large chunk of that, and, as covert operations are costly, much of the money goes in support of those activities. So, we are talking about the US spending multiple billions of dollars in support of “actions” analogous to those that Putin is being accused of carrying out over the course of a decade in more than two dozen countries worldwide with $300 million! Good luck Vlad!

I might reasonably conclude by observing that the United States government effort to hoodwink the American public into believing a lot of nonsense about what is going on in the world might itself be described as a covert action. And it is particularly interesting in that it is self-funded by the US taxpayer. Never before in history has a free or at least somewhat free people funded its own destruction, but there is always a first for everything.

Philip Giraldi is an American columnist, commentator and security consultant. He is the Executive Director of the Council for the National Interest, a role he has held since 2010. He was previously employed as an intelligence officer for the CIA, before transitioning to private consulting.

Some of Us Don’t Think the Russian Invasion Was “Aggression.” Here’s Why.