The war in Ukraine is the culmination of a 30-year project of the American neoconservative movement. The Biden Administration is packed with the same neocons who championed the US wars of choice in Serbia (1999), Afghanistan (2001), Iraq (2003), Syria (2011), Libya (2011), and who did so much to provoke Russia’s invasion of Ukraine. The neocon track record is one of unmitigated disaster, yet Biden has staffed his team with neocons. As a result, Biden is steering Ukraine, the US, and the European Union towards yet another geopolitical debacle. If Europe has any insight, it will separate itself from these US foreign policy debacles.

The main message of the neocons is that the US must predominate in military power in every region of the world, and must confront rising regional powers that could someday challenge US global or regional dominance, most importantly Russia and China. For this purpose, US military force should be pre-positioned in hundreds of military bases around the world and the US should be prepared to lead wars of choice as necessary. The United Nations is to be used by the US only when useful for US purposes. This approach was spelled out first by Paul Wolfowitz in his draft Defense Policy Guidance (DPG) written for the Department of Defense in 2002. The draft called for extending the US-led security network to the Central and Eastern Europe despite the explicit promise by German Foreign Minister Hans-Dietrich Genscher in 1990 that German unification would not be followed by NATO’s eastward enlargement. Wolfowitz also made the case for American wars of choice, defending America’s right to act independently, even alone, in response to crises of concern to the US. According to General Wesley Clark, Wolfowitz already made clear to Clark in May 1991 that the US would lead regime-change operations in Iraq, Syria, and other former Soviet allies.

The neocons championed NATO enlargement to Ukraine even before that became official US policy under George W. Bush, Jr. in 2008. They viewed Ukraine’s NATO membership as key to US regional and global dominance. Robert Kagan spelled out the neocon case for NATO enlargement in April 2006:

"[T]he Russians and Chinese see nothing natural in [the “color revolutions” of the former Soviet Union], only Western-backed coups designed to advance Western influence in strategically vital parts of the world. Are they so wrong? Might not the successful liberalization of Ukraine, urged and supported by the Western democracies, be but the prelude to the incorporation of that nation into NATO and the European Union -- in short, the expansion of Western liberal hegemony?"

Kagan acknowledged the dire implication of NATO enlargement. He quotes one expert as saying, “the Kremlin is getting ready for the 'battle for Ukraine' in all seriousness." After the fall of the Soviet Union, both the US and Russia should have sought a neutral Ukraine, as a prudent buffer and safety valve. Instead, the neocons wanted US “hegemony” while the Russians took up the battle partly in defense and partly out of their own imperial pretentions as well. Shades of the Crimean War (1853-6), when Britain and France sought to weaken Russia in the Black Sea following Russian pressures on the Ottoman empire. 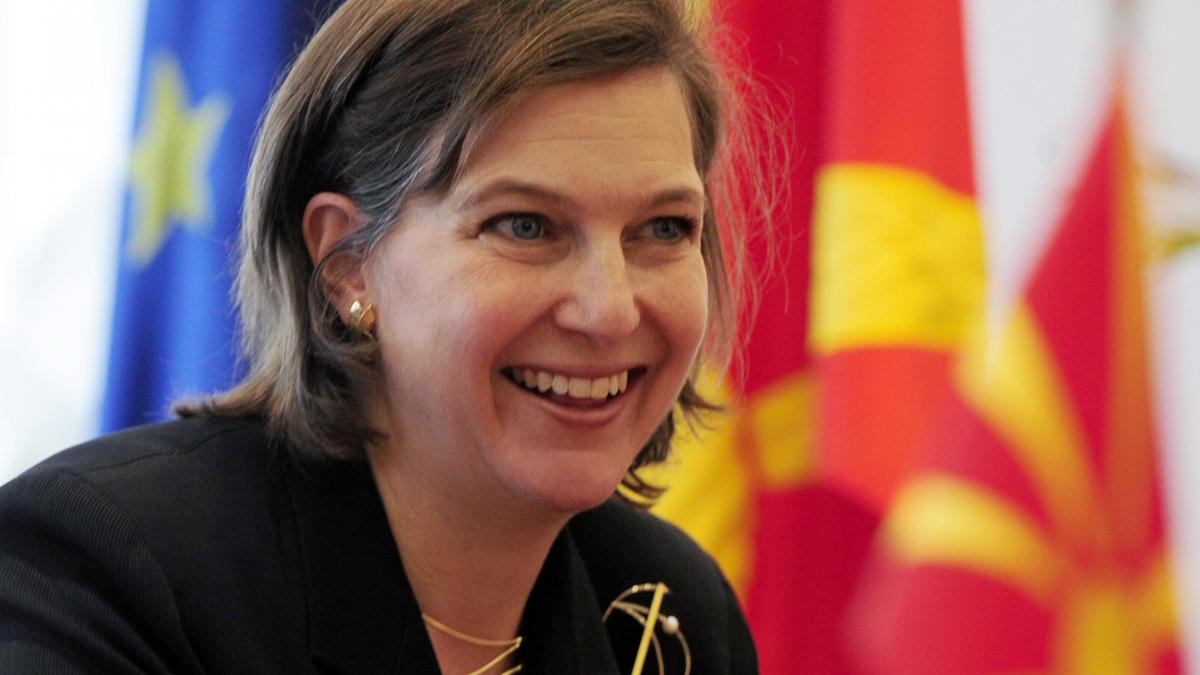 Kagan penned the article as a private citizen while his wife Victoria Nuland was the US Ambassador to NATO under George W. Bush, Jr. Nuland has been the neocon operative par excellence. In addition to serving as Bush’s Ambassador to NATO, Nuland was Barack Obama’s Assistant Secretary of State for European and Eurasian Affairs during 2013-17, where she participated in the overthrow of Ukraine’s pro-Russian president Viktor Yanukovych, and now serves as Biden’s Undersecretary of State guiding US policy vis-à-vis the war in Ukraine.

The neocon outlook is based on an overriding false premise: that the US military, financial, technological, and economic superiority enables it to dictate terms in all regions of the world. It is a position of both remarkable hubris and remarkable disdain of evidence. Since the 1950s, the US has been stymied or defeated in nearly every regional conflict in which it has participated. Yet in the “battle for Ukraine,” the neocons were ready to provoke a military confrontation with Russia by expanding NATO over Russia’s vehement objections because they fervently believe that Russia will be defeated by US financial sanctions and NATO weaponry.

The Institute for the Study of War (ISW), a neocon think-tank led by Kimberley Allen Kagan (and backed by a who’s who of defense contractors such as General Dynamics and Raytheon), continues to promise a Ukrainian victory. Regarding Russia’s advances, the ISW offered a typical comment: “[R]egardless of which side holds the city [of Sievierodonetsk], the Russian offensive at the operational and strategic levels will probably have culminated, giving Ukraine the chance to restart its operational-level counteroffensives to push Russian forces back.”

The facts on the ground, however, suggest otherwise. The West’s economic sanctions have had little adverse impact on Russia, while their “boomerang” effect on the rest of the world has been large. Moreover, the US capacity to resupply Ukraine with ammunition and weaponry is seriously hamstrung by America’s limited production capacity and broken supply chains. Russia’s industrial capacity of course dwarfs that of Ukraine’s. Russia’s GDP was roughly 10X that of Ukraine before war, and Ukraine has now lost much of its industrial capacity in the war.

The most likely outcome of the current fighting is that Russia will conquer a large swath of Ukraine, perhaps leaving Ukraine landlocked or nearly so. Frustration will rise in Europe and the US with the military losses and the stagflationary consequences of war and sanctions. The knock-on effects could be devastating, if a right-wing demagogue in the US rises to power (or in the case of Trump, returns to power) promising to restore America’s faded military glory through dangerous escalation.

Instead of risking this disaster, the real solution is to end the neocon fantasies of the past 30 years and for Ukraine and Russia to return to the negotiating table, with NATO committing to end its commitment to the eastward enlargement to Ukraine and Georgia in return for a viable peace that respects and protects Ukraine’s sovereignty and territorial integrity.

Jeffrey Sachs is an American economist, public policy analyst and former director of The Earth Institute at Columbia University, where he holds the title of University Professor.