Tulsi Gabbard announces she is leaving Democratic Party, calling it an ‘elitist cabal of warmongers’

Gabbard ran for president as a Democrat in 2020.

October 11, 2022 7 minutes read
Please make sure these dispatches reach as many readers as possible. Share with kin, friends and workmates and ask them to do likewise.

Editor's Note: A surprisingly tolerable and fairly written dispatch from ABC News, usually an agency of all-out disinformation for the establishment. The knives did not come out in this one. While we are not exactly congruent with all of Tulsi's positions, we recognise in her a positive figure in US politics, in fact something rare, given the terminal rottenness of the US political class. 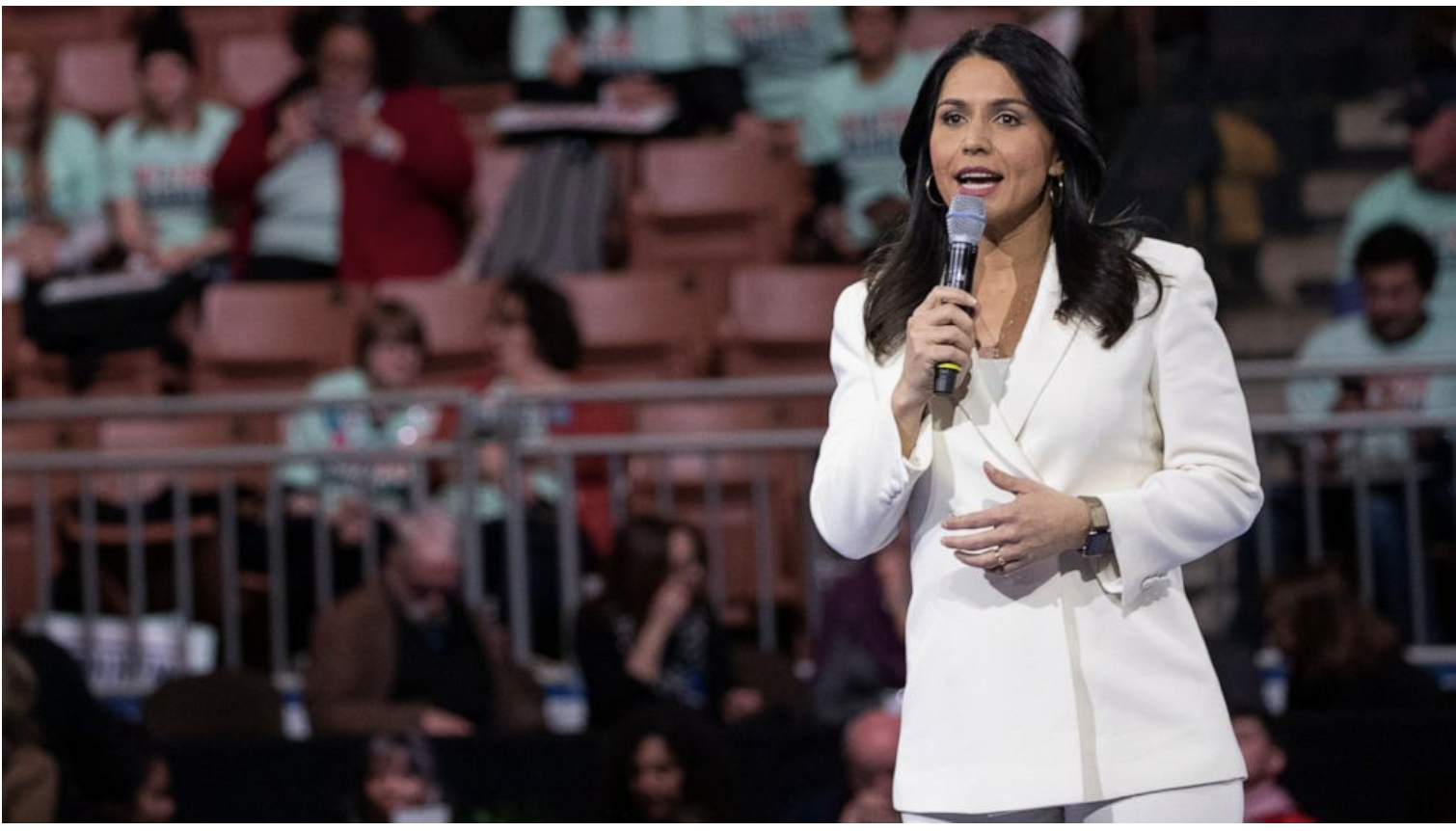 Former Hawaii Rep. Tulsi Gabbard announced she is leaving the Democratic Party, denouncing it as an "elitist cabal of warmongers," while calling upon other "common sense independent-minded Democrats" to exit with her.

"I can no longer remain in today's Democratic Party that is now under the complete control of an elitist cabal of warmongers driven by cowardly wokeness, who divide us by racializing every issue & stoke anti-white racism, actively work to undermine our God-given freedoms, are hostile to people of faith & spirituality, demonize the police & protect criminals at the expense of law-abiding Americans, believe in open borders, weaponize the national security state to go after political opponents, and above all, dragging us ever closer to nuclear war," Gabbard said on Twitter.

Gabbard represented Hawaii's 2nd Congressional District from 2013 to 2021 as a Democrat, and in 2020 she mounted an unsuccessful bid for the party's presidential nomination. In in a video posted to Twitter on Tuesday, she claimed that the party she's exiting stands for the "powerful elite," not the people.

Gabbard paired her announcement with the launch of a podcast series on YouTube called "The Tulsi Gabbard Show." The first upload is a 28-minute episode titled "Why I'm leaving the Democratic Party," where she details her entrance into the Democratic party as a young person, "inspired by Democrats who stood up against the war in Vietnam" and those who stood up for plantation workers in Hawaii.

I can no longer remain in today’s Democratic Party that is now under the complete control of an elitist cabal of warmongers driven by cowardly wokeness, who divide us by racializing every issue & stoke anti-white racism, actively work to undermine our God-given freedoms, are… pic.twitter.com/oAuTnxZldf

Chief among the reasons her 20-year stint as a member of the Democratic Party will be cut short, she said, is her fear that "President Biden and Democratic Party elites have pushed us to the precipice of nuclear war, risking starting World War III and destroying the world as we know it."

Gabbard said that her entrance into the 2020 presidential cycle was also because of imminent "nuclear holocaust."

"I ran for president in 2020 because I knew that this is where we were headed. All the signs were there. I raised this issue every single day during the campaign and on the national debate stage for those of you who may have come to a town hall or who were watching, I'm sure you noticed, but the politicians and the media completely ignored it," she said.

In her announcement and throughout the episode, Gabbard touted a number of traditionally conservative talking points, repeating right-wing rhetoric like "wokeness" and "elites," and harkening back to phrasing top GOP leaders have regularly circulated.

She accused Democrats for turning American democracy into "a banana republic"-- a term widely imparted by Republican leaders, especially to characterize the FBI's search of former President Trump's Mar-a-Lago residence in August.

"The raid of MAL is another escalation in the weaponization of federal agencies against the Regime's political opponents, while people like Hunter Biden get treated with kid gloves. Now the Regime is getting another 87k IRS agents to wield against its adversaries? Banana Republic," Florida Gov. Ron DeSantis wrote after the raid.

Gabbard has long been a Fox News contributor-- in August, she guest-hosted "Tucker Carlson Tonight," following the FBI's raid of Mar-a-Lago.

"Now, whatever your views are on Donald Trump, there's no denying that the unprecedented raid on his Palm Beach home earlier this week has set our country on a dangerous new course, and there's no turning back," she said on the show.

Former Speaker of the House Newt Gingrich, a Republican, applauded Gabbard on "Fox & Friends" following her announcement, calling her an "independent maverick," and noting that her exodus from Democrats may be an indicator of further movement away from the party.

"I think when she ran for president, she realized how really isolated she was from the great majority of the Democratic Party, which is now, frankly, a pretty weird party. We saw the same thing happen in a slightly different way in Philadelphia last week, where the former deputy mayor, a Democrat, endorsed Dr. Oz for the U.S. Senate and said that John Fetterman is just so crazy on crime and so pro-criminal, he couldn't be for him. So I think you're seeing this drift, and we've certainly seen among Latinos a huge drift towards the Republican Party as they're driven away by the weirder policies of the Democratic Party," he said.

Gabbard did not announce her next steps, or if she'd consider jumping to the Republican Party. She's long spoken out against the two-party system that dominates American politics, however, leaving some to speculate that she may find a political home as an independent or in a third party.

"I will say, with our two-party system, I think it is broken. And it's largely broken because of the outsized amount of power that the two parties have, making it impossible for really there to be a viable independent or third party," she said in January 2020 during her run for president.

Russia Responds: Missile Strikes Across Ukraine & What May Follow Next