Home AMERICAN PROPAGANDA The Most Powerful Weapon The West Gave Ukraine is Not the HIMARS, it’s the US Propaganda Machine.

The Most Powerful Weapon The West Gave Ukraine is Not the HIMARS, it’s the US Propaganda Machine.

The US remains the most propagandised populace on the planet, and it may spell its doom.

October 19, 2022 8 minutes read
Be sure to distribute this article as widely as possible. Pushing back against the Big Lie is really up to you. 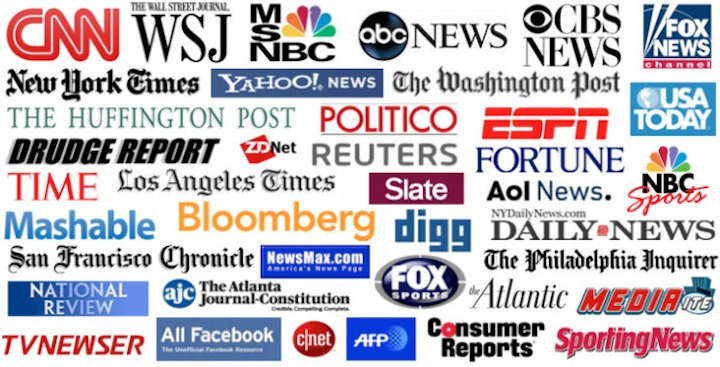 A tableaux of excremental Western media. They are all disgraceful, with no exceptions.

[Excuse us, your hypocrisy is showing! ]
It’s pretty wild how the US is sending armored vehicles to Haiti to help quash the exact sort of uprising it’s been actively trying to create in places like Iran, Venezuela, Cuba and Hong Kong.

The Pentagon is seeking sweeping new powers in preparation for a war with China, the Senate NDAA bill increases proposed military aid to Taiwan from 4.5 to 10 billion dollars, and Tony Blinken is claiming without evidence that Beijing has greatly accelerated its plans to annex Taiwan. This is all as aggressions continue to ramp up against Russia. They really are doing this thing.

That's because the threat perception doesn't come from geography but from propaganda. Americans are the single most propagandized population on earth. https://t.co/ATBWPt4OXF

“Maybe my government is actually in the wrong here and is just lying and manipulating to advance its own interests?” should be a much more common thought. It’s a line of inquiry that should be taught to schoolchildren. It is by design that it doesn’t occur to people more often.

The most powerful weapon the west has given Ukraine is not the HIMARS, it’s the US propaganda machine.

The only people who support western proxy warfare in Ukraine are those who deny the extensively documented ways the western empire has provoked, sustained, manipulated and exploited this war. You can only support what’s being done by lying and/or being lied to.

“Calling for de-escalation actually causes escalation” is the single dumbest empire bro talking point yet to emerge from this war.

Still laughing about how liberals just spent months amplifying and celebrating a trolling operation founded by a literal Nazi.

The time to turn away from the trajectory toward nuclear war is now, not later. It’s bizarre how many people I get telling me “Well if nuclear war happens it’ll be Putin’s fault,” like that will be any comfort to them as they hug their family close and wait for a horrific death.

There’s just so much sloppy thinking about the actual end of the world. People aren’t looking directly at this thing and thinking rigorously about what it would mean. What it would entail. This is understandable; it’s a terrible thing to contemplate. But we do urgently need to.

People don’t seem to get that nuclear annihilation is the one mistake we could make that we can’t ever fix. There’s this unquestioned assumption that if it happened there’d be some kind of course correction afterward, but there won’t be. No one will be here to do it. No takesies backsies.

People can’t imagine their own absence. That’s why we make up stories about life after death. It’s also why we’re having a hard time squarely facing the prospect of an Earth with no humans on it. People still assume human inventions like “fault” and “blame” will remain after us.

People kill themselves by jumping off the Golden Gate Bridge a lot. The few survivors all say that the first thought they had upon free fall was instant regret. They realize in an instant that every problem they have can be solved except for the one they have just given themselves. Imagine having that thought, but it’s all life on Earth that we’ve killed. That’s what nuclear holocaust is. A moment of instant terrible regret followed by the blackness of the void.

A sane society would chase off anyone who advocated nuclear brinkmanship and drive them out of human civilization. In our society we give them punditry gigs on mainstream media platforms and lucrative jobs at influential think tanks.

There are people among us who dress up their personal suicidal ideations as a world-weary, humble knowing that humans are shit and we need to die. I call these omnicidal ideations, and they are not noble or humble, they are monstrous and at odds with all of life on earth. If you can’t want to live for yourself, then live for your dog. Live for the ladybugs. Live for all the innocents that don’t deserve any of this.

This is all completely unnecessary. There’s nothing inscribed upon the fabric of reality saying states need to be waving armageddon weapons at each other. There’s no valid reason not to lay aside these games of global conquest and collaborate together toward a healthy coexistence on this planet.

We could have such a beautiful world. All the energy we pour into competition and conquest could go toward innovation that benefits us all, making sure everyone has enough, eliminating human suffering and the need for human toil. We’re trading heaven on earth for elite ego games.

Late night comics are the oligarchy’s court jesters. Always on a self-imposed leash. Without exception.

French & Czech publics finally erupting in protests over NATO war on Ukraine, price and scarcity of gas, and rapid inflation.

Nature gave us brains but as animals we foul our nests (rather uncommon actually with other animals). But with these brains we fulfill probably nature’s wish, namely the exit of this troubling human species from the earth by nuclear power, so that nature can start anew with a better design.