Jeffrey D. Sachs says the U.S. president’s dismissal of diplomacy undermines his own party, prolongs the destruction of Ukraine and threatens nuclear war.

November 2, 2022 8 minutes read
Please make sure these dispatches reach as many readers as possible. Share with kin, friends and workmates and ask them to do likewise. 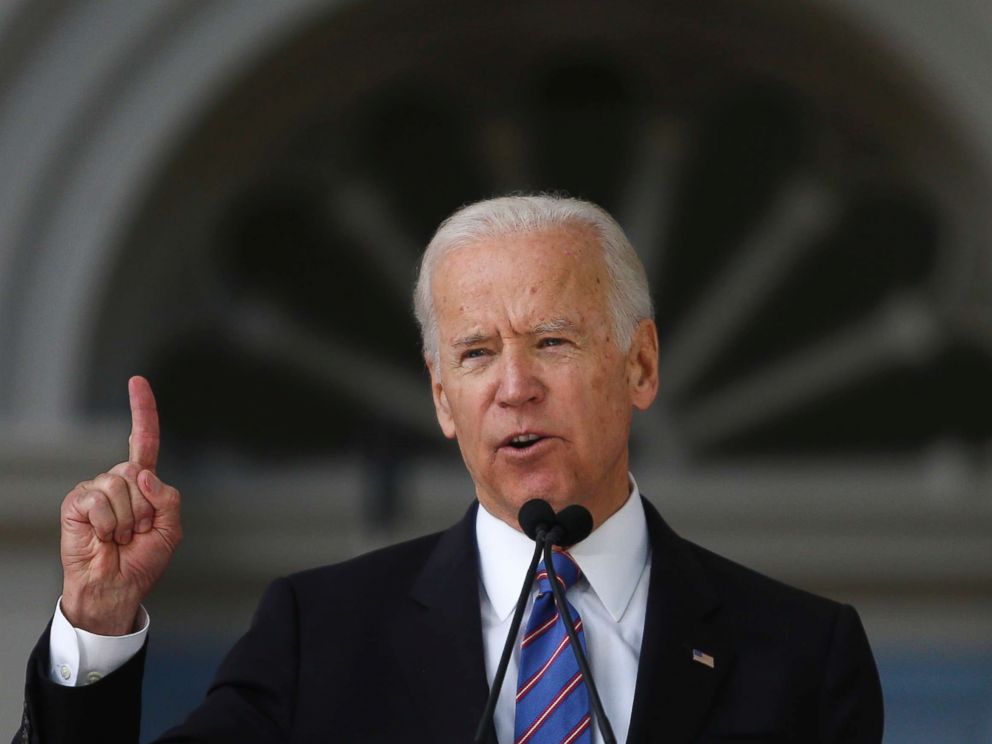 Biden believes that America’s global reputation is at stake in the Ukraine War and has consistently rejected a diplomatic off-ramp.  The Ukraine War, combined with the administration’s disruptions of economic relations with China, is aggravating the stagflation that will likely deliver one or both houses of Congress to the Republicans.

Biden inherited an economy beset by deep disruptions to global supply chains caused by the pandemic and by former President Donald Trump’s erratic trade policies. Yet instead of trying to calm the waters and repair the disruptions, Biden escalated the U.S. conflicts with both Russia and China.

“They [House Republicans] said that if they win, they’re not likely to fund — to help — continue to fund Ukraine, the Ukrainian war against the Russians. These guys don’t get it. It’s a lot bigger than Ukraine — it’s Eastern Europe. It’s NATO. It’s real, serious, serious consequential outcomes. They have no sense of American foreign policy.”

Similarly, when a group of progressive congressional Democrats urged negotiations to end the Ukraine War, they were excoriated by Democrats following the White House line and forced to recant their call for diplomacy.

Biden believes that American credibility depends on NATO expanding to Ukraine, and if necessary, defeating Russia in the Ukraine war to accomplish that. Biden has repeatedly refused to engage in diplomacy with Russia on the NATO enlargement issue.

This has been a grave mistake. It stoked a proxy war between the U.S. and Russia in which Ukraine is being devastated, ironically in the name of saving Ukraine.

The whole issue of NATO enlargement is based on a U.S. lie dating back to the 1990s. The U.S. and Germany promised Soviet leader MikhailGorbachev that NATO would move “not one inch eastward” if Gorbachev would disband the Soviet Warsaw Pact military alliance and accept German reunification.  Conveniently — and with typical cynicism — the U.S. reneged on the deal.

In 2021, Biden could have headed off the Ukraine War without sacrificing any single vital interest of the U.S. or Ukraine.  U.S. security absolutely does not depend on NATO enlarging to Ukraine and Georgia.

In fact, NATO enlargement deeper into the Black Sea region undermines U.S. security by putting the U.S. into a direct confrontation with Russia (and a further violation of the promises made three decades earlier). Nor does Ukraine’s security depend on NATO enlargement, a point that President Volodymyr Zelensky acknowledged on numerous occasions. 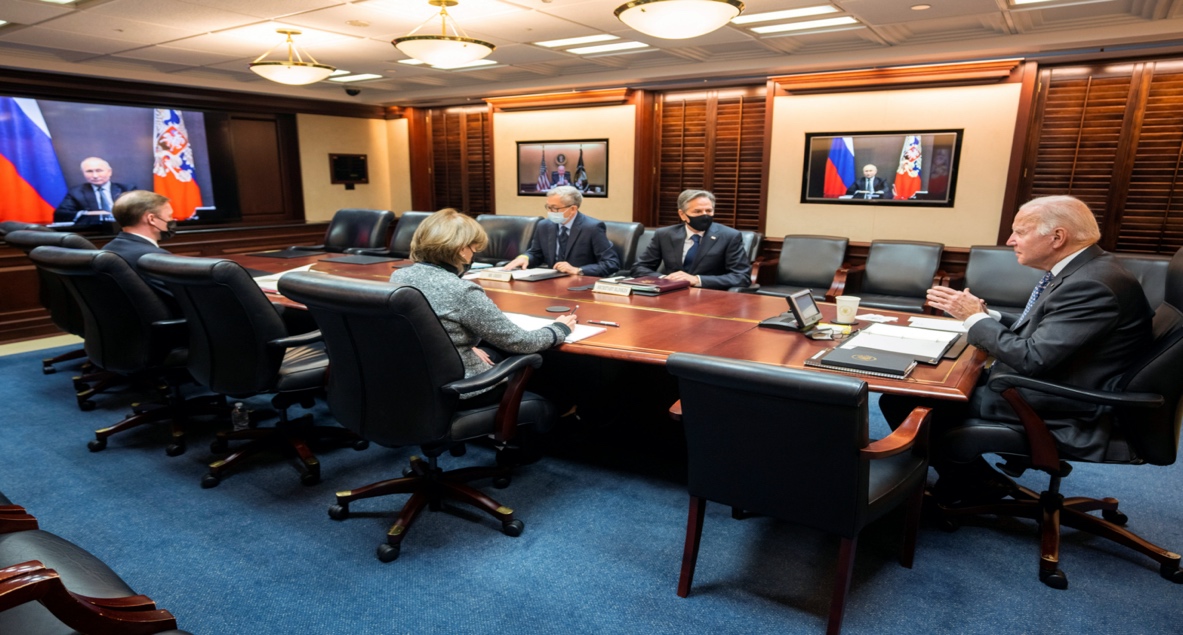 Russian President Vladimir Putin has warned the U.S. repeatedly since 2008 to keep NATO out of Ukraine, a region of vital security interests for Russia. Biden has equally, resolutely insisted on NATO enlargement. Putin made one last diplomatic try at the end of 2021 to stop NATO enlargement. Biden completely rebuffed him. This was dangerous foreign policy.

As much as many American politicians don’t want to hear it, Putin’s warning about NATO enlargement was both real and apt.  Russia doesn’t want a heavily armed NATO military on its border, just as the U.S. would not accept a Chinese-backed heavily armed Mexican military on the U.S.-Mexico border.

The last thing the U.S. and Europe need is a long war with Russia. Yet that’s just where Biden’s insistence on NATO enlargement to Ukraine has brought about.

The U.S. and Ukraine should accept three absolutely reasonable terms to end the war: Ukraine’s military neutrality; Russia’s de facto hold on Crimea, home to its Black Sea naval fleet since 1783; and a negotiated autonomy for the ethnic-Russian regions, as was called for in the Minsk Agreements but which Ukraine failed to implement.

Instead of this kind of sensible outcome, the Biden administration has repeatedly told Ukraine to fight on. It poured cold water on the negotiations in March, when Ukrainians were contemplating a negotiated end to the war but instead walked away from the negotiating table.

Ukraine is suffering grievously as a result, with its cities and infrastructure reduced to rubble, and tens of thousands of Ukrainian soldiers dying in the ensuing battles. For all of NATO’s vaunted weaponry, Russia has recently destroyed up to half of Ukraine’s energy infrastructure.

In the meantime, the U.S.-led trade and financial sanctions against Russia have boomeranged. With the cutoff of Russian energy flows, Europe is in a deep economic crisis, with adverse spillovers to the U.S. economy.

The destruction of the Nord Stream pipeline further deepened Europe’s crisis.  According to Russia, this was done by U.K. operatives, but almost certainly with U.S. participation. Let us recall that in February, Biden said that if Russia invades Ukraine, “We will bring an end to it [Nord Stream].” “I promise you,” said Biden, “we will be able to do it.”

Biden’s flawed foreign policy has also brought about what generations of foreign policy strategists including Henry Kissinger and Zbigniew Brzezinski warned against: driving Russia and China into a firm embrace. He has done that by dramatically escalating the cold war with China at precisely the same time as he is pursuing the hot war with Russia.

From the start of his presidency, Biden starkly curtailed diplomatic contacts with China, stirred up new controversies regarding America’s long-standing One China policy, repeatedly called for greater arms sales to Taiwan, and implemented a global export ban on high-tech to China. Both parties have rallied to this destabilizing anti-China policy, but the cost is further destabilization of the world, and also the U.S. economy.

In sum, Biden inherited a difficult economic hand — the pandemic, excess Fed liquidity created in 2020, large budget deficits in 2020, and pre-existing global tensions. Yet he has greatly exacerbated the economic and geopolitical crises rather than solved them.

We need a change of foreign policy. After the elections, there will be an important time for reassessment. Americans and the world need economic recovery, diplomacy, and peace.

Jeffrey D. Sachs is a university professor and director of the Center for Sustainable Development at Columbia University, where he directed The Earth Institute from 2002 until 2016. He is also president of the U.N. Sustainable Development Solutions Network and a commissioner of the U.N. Broadband Commission for Development. He has been adviser to three United Nations secretaries-general, and currently serves as an SDG Advocate under Secretary-General Antonio Guterres. Sachs is the author, most recently, of A New Foreign Policy: Beyond American Exceptionalism (2020). Other books include: Building the New American Economy: Smart, Fair, and Sustainable (2017) and The Age of Sustainable Development, (2015) with Ban Ki-moon.