Home AMERICAN PROPAGANDA Who are the most bloodthirsty U.S. Senators? (They all are.)

Who are the most bloodthirsty U.S. Senators? (They all are.)

The US/NATO political class, which mirrors the gangster DNA of the Western ruling elites, is almost uniformly cromprised of crooks, hypocrites and sociopaths.

Published: November 6, 2022Last Updated on November 8, 2022 8 minutes read
Please make sure these dispatches reach as many readers as possible. Share with kin, friends and workmates and ask them to do likewise. 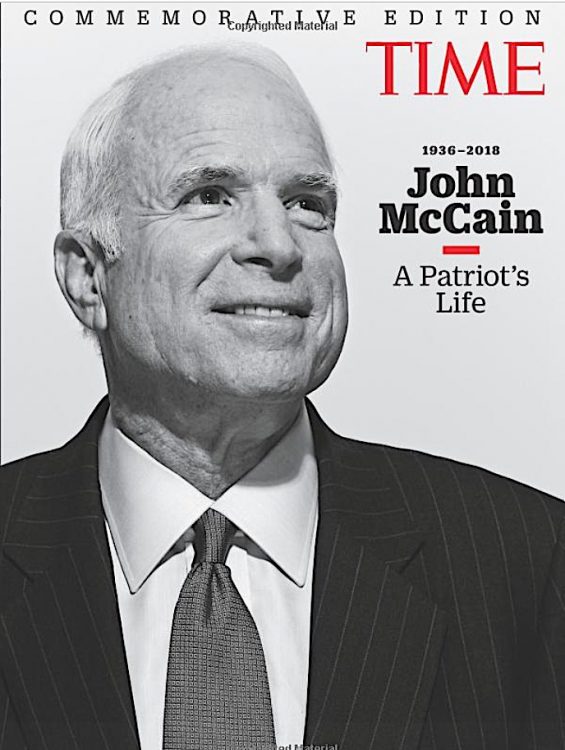 True to its exceptionalist creed and upside-down version of reality, TIME—reflecting the ruling elites' view of McCain— thought it proper to dedicate a "commemorative edition" to McCain's compulsive warmongering and support for fascists around the globe.

There is now emerging among congressional Republicans (at last) a recognition that (though they have until recently been every bit as neocon and pro-military-industrial-complex as their Democratic Party colleagues have been and are), the best path forward for the Republican Party to again come to hold the reins of power in the U.S. federal Government is for congressional Republicans to declare the war in Ukraine to be a Democratic Party project (begun, in fact, by Barack Obama, back in February 2014, and even earlier, starting secretly in 2011), and to present themselves as being instead the party of peace, anti-war, and favoring domestic spending instead of spending on foreign countries. So: who, REALLY, have been the leaders in Congress backing the $40-billion+ U.S. expenditure to defeat Russia in the battlefields of Ukraine?

On 23 May 2022, the World Economic Forum at Davos presented the far-right West Virginia Democratic U.S. Senator Joe Manchin saying “I am totally committed as one person to seeing Ukraine to the end as a win” against its next-door neighbor Russia, “not basically resolving itself in some type of treaty; I don’t think that that is where we are and what we should do [i.e., ‘we’ should instead proxy-wage that war by Ukrainians down to its last Ukrainian corpse — NEVER allow Ukraine to continue to retain U.S. support if Ukraine’s government signs “some type of treaty” with Russia].” The great international investigative journalist Caitlin Johnstone headlined about it, “They’re Just Outright Telling Us That Peace In Ukraine Is Not An Option”, and she noted that Manchin added “Ukraine has the determination to do it. We should have the commitment to support it,” and that he also said this included “getting rid of Putin.” So: that’s what American taxpayers are now funding, to the tune of $40B, this war by Ukrainians, to achieve, for America’s billionaires (who control Lockheed Martin, etc.).

The complete video can be seen from Davos; and, in it, (starting at 16:00 in the video) a group of U.S. lawmakers were repeatedly pressed on whether Congress is united in support for Ukraine and would continue with financial aid in the coming months even if Republicans take control of both chambers after the 2022 midterm elections. Senators Patrick Leahy (D-VT), Bob Menendez (D-NJ), Roger Wicker (R-MS), Deb Fischer (R-NE), Chris Coons (D-DE), and Joe Manchin (D-WV) and Representative Gregory Meeks (D-NY) participated in the conversation. All participants supported increasing military spending and slashing everything else, in order for Ukraine to defeat Russia on Ukraine’s battlefields.

At that same time, the independent foreign-affairs journalist Stephen Kinzer, headlined on 26 May 2022, “Republicans return to their roots as the antiwar party”, and he was the earliest to recognize what was then shaping up:

Since the Vietnam era, Americans have come to expect antiwar rhetoric from liberal Democrats. Cancel that.
With Americans now engulfed in passion for Ukraine, it wasn’t surprising that President Biden proposed sending $33 billion worth of weaponry and other aid to Ukraine’s beleaguered military. Nor was it surprising that Congress raised the number to $40 billion, or that both the Senate and House of Representatives voted overwhelmingly in favor. Hidden within that lopsided vote, though, was a shocker: Every single “no” vote — 11 in the Senate and 57 in the House — came from a Republican.
Since the Vietnam era, Americans have come to expect antiwar rhetoric from liberal Democrats. Cancel that. This month’s votes in Washington signal a dramatic role reversal. Suddenly it is conservative Republicans who oppose US involvement in foreign wars.
The most ringing antiwar speeches during this month’s debate came from far-right members of Congress.Representative Matt Gaetz of Florida sounded like a latter-day George McGovern when he warned of “a dangerous bipartisan consensus that is walking us into war with Russia. Just a year ago we lost a war against goat herders waving rifles. Now we’re rushing to fight a nation that possesses 6,000 nuclear warheads?”
On the Democratic side, by contrast, there was nothing but outrage, denunciation of Russia, and aggressive chest-beating. Senator Bernie Sanders of Vermont, a self-described democratic socialist, voted for the $40 billion. So did Representative Alexandria Ocasio-Cortez of New York and her ultra-progressive comrades in “the Squad.” Even Representative Barbara Lee, who in 2001 cast the only vote against launching what became the “global war on terror,” supported it.

Finally, the fake ‘left’ in American politics (which is all that still exists in America politics of “the left” — it’s now all gone) is starting to be exposed for what it is: prostitutes to America’s billionaires in the dark, just like virtually everyone else in Congress has been ever since WW II — i.e., after 12 April 1945).

This now leaves congressional Republicans free to blame ‘the Democrats’ if Russia defeats Ukrainians in the battlefields of Ukraine. Suddenly: the Republican Party is becoming ’the peace party’. But this means that the Democrats in Congress need to double-down on spending whatever it takes to defeat Russia in Ukraine — even if that will mean sending U.S. troops there (and cease this war’s being any longer MERELY a war by proxies of the American side, Ukrainians backed by NATO waged against Russia, on Russia’s very doorstep). However, that would be suicidal for the U.S. Democratic Party — even if not for the entire world.

Consequently: this is the biggest political opportunity that the Republican Party has had in recent times — to blame ‘the Democrats’ (not that they don’t all deserve it) for bringing the entire world to the brink of WW III (nuclear termination) for stakes that on the American side have no national-security significance but ONLY “KEEP AMERICA #1” ‘significance’. (Though this war has total national-security significance for Russia, it has none for America, and takes place many thousands of miles away from America.) Fooling the American people to believe that because Obama started this war, it’s ‘a war by the Democrats’ (i.e., WASN’T bipartisan — which it WAS), will be the most successful way for the Republican Party to regain its clear dominance over U.S. politics. If they’re smart, they’ll do it (on the basis of recent history showing how gullible the American public are). It is a huge opportunity for the Republican Party. We’ll soon see how smart they are (or aren’t).

The US establishment does indeed consist of crooks, liars, hypocrites, MASS MURDERERS and WAR CRIMINALS that would put the Mafia to shame.
US scientists were researching furin cleavage site gain of function in corona viruses before COVID19 “turned up” with that very feature:
https://scheerpost.com/2022/10/11/jeffrey-sachs-us-biotech-possibly-behind-covid-origins-and-cover-up/
Also: More than 30 biopathogen labs were discovered in eastern Ukrainian areas captured by Russian forces. Victoria Nuland admitted those labs were funded by the USA. Here is Russia’s submission to the UN about what was found:
https://russiaun.ru/en/news/271022_nb
https://www.listennotes.com/podcasts/china-rising-radio/wests-wmd-bioweapon-war-2-fXVCI5yUn/

Very clever. ‘Clever makes stupid” daodejing.
Face it. The USA.is terminated. The longer this goes on the greater the embarrassment.

Unfortunately, what the Americans really have are politicians and presidents “who obediently rubber-stamp decisions from the military-industrial complex and Wall Street.

Thank you! Great writing I thought the journalism was dead. The phrase Military Industrial Academic Complex needs the surcharge light of truth shone on it. You have given it first light.