November 8, 2022 6 minutes read
Please make sure these dispatches reach as many readers as possible. Share with kin, friends and workmates and ask them to do likewise. 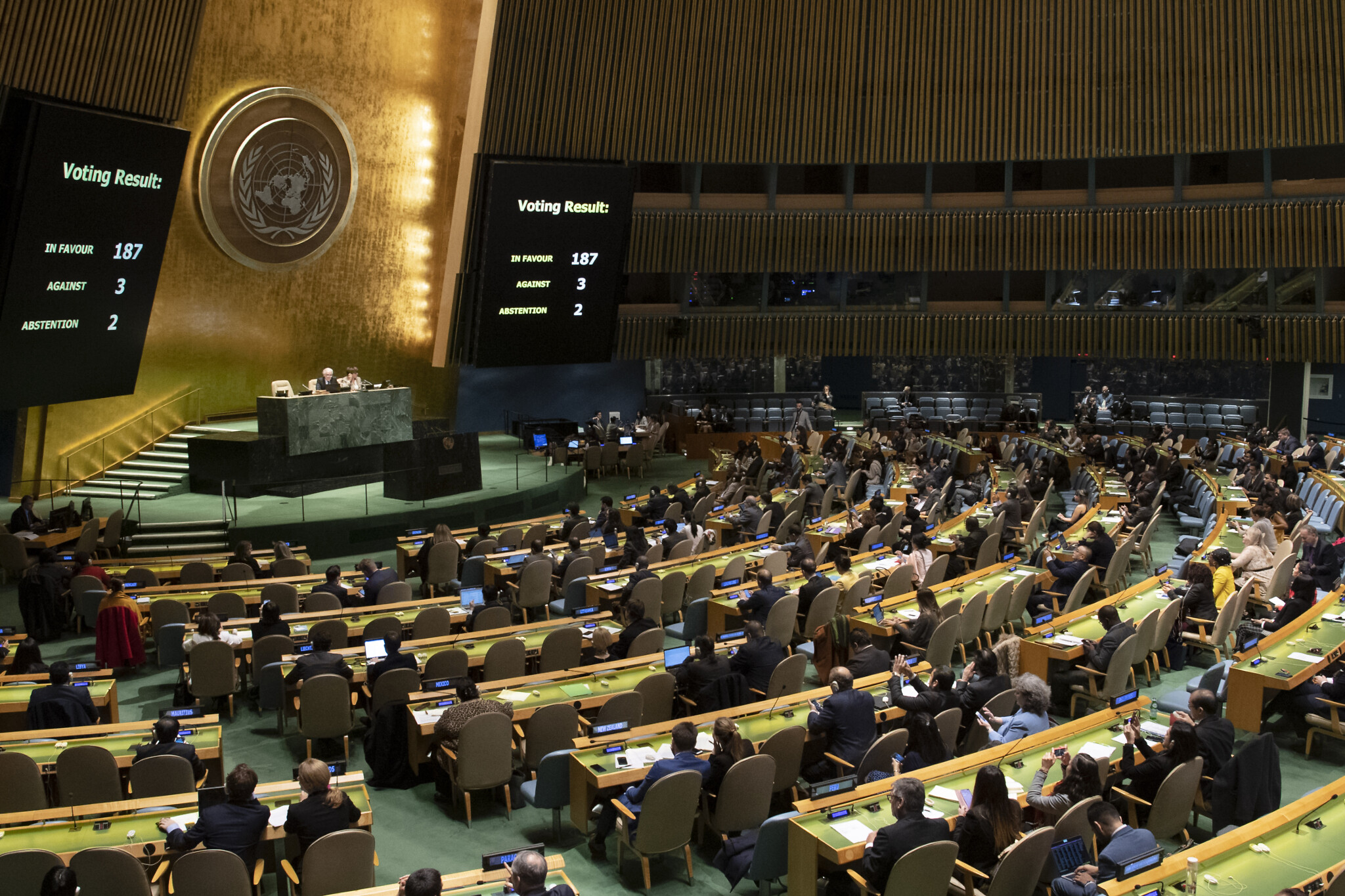 Annually, each year, since 2005, the U.S. Government has been one of only from 1 to 3 Governments to vote in the U.N. General Assembly against an annual statement by the General Assembly against racism and other forms of bigotry — an annual Resolution condemning it, and expressing a commitment to doing everything possible to reduce bigoted acts. For the first time ever, on November 4th, America was joined not only by one or two voting against it, but 55 nations, and almost all gave as reasons that Russia was for it and has invaded Ukraine. Ukraine is the only country that has almost always been joining America in opposing such resolutions; and many countries now vote against the resolution because Ukraine always does, and thus vote in solidarity with Ukraine against Russia — condemn the resolution because Russia supports it.

This year’s Resolution particularly offended America and its allies because “Nazism” is mentioned and condemned specifically in it.

No specific nation is ever mentioned in such resolutions.

The U.N. makes its documents and voting records as difficult as possible for the public to find, but, after many hours I have been able to find the following records regarding the 4 November 2022 resolution and vote.

The Resolution was completed in draft on 29 September 2022, and here it is (though the U.N. tends to change URLs in order to make documents unfindable, and also this and many other documents at the U.N. are designed so as not to be copyable into web archiving services; so, this document might soon become unfindable:
https://documents-dds-ny.un.org/doc/UNDOC/LTD/N22/607/22/PDF/N2260722.pdf. I made the first copy of it at the main web archive, and that archived image is very different, not the document itself. This is typical for the U.N. But, anyway, if you can see it, then at least you will be able to know the Resolution’s text.

The U.N likewise makes its voting records as difficult as possible for journalists to be able to report the specific votes of specific nations — the U.N. provides photo-images (such as in this case) of the nation-by-nation vote so that journalists will need to type everything out character-by-character instead of do copy-pastes, and journalists on rapid deadlines won’t typically retype an entire document. I have done it in this case, and here that is:

Here is the U.S.’s explanation of its vote against the document.

Since Austria backs the EU’s statement on this, here is that statement from the EU.
The U.S. Government seems to be having remarkable success making even nazism fashionable among its allies.

The serial production of the TU-214 has started in Russia

To address the problem of the text of this resolution being so hard to get to on the UN website, I’ve uploaded it to my own website. Here is the link: https://jeffmelton.substack.com/p/text-of-2022-un-resolution-opposing