Home Uncategorized Who is winning, who is losing, the Ukraine war?

Who is winning, who is losing, the Ukraine war?

November 9, 2022 4 minutes read
Please make sure these dispatches reach as many readers as possible. Share with kin, friends and workmates and ask them to do likewise. 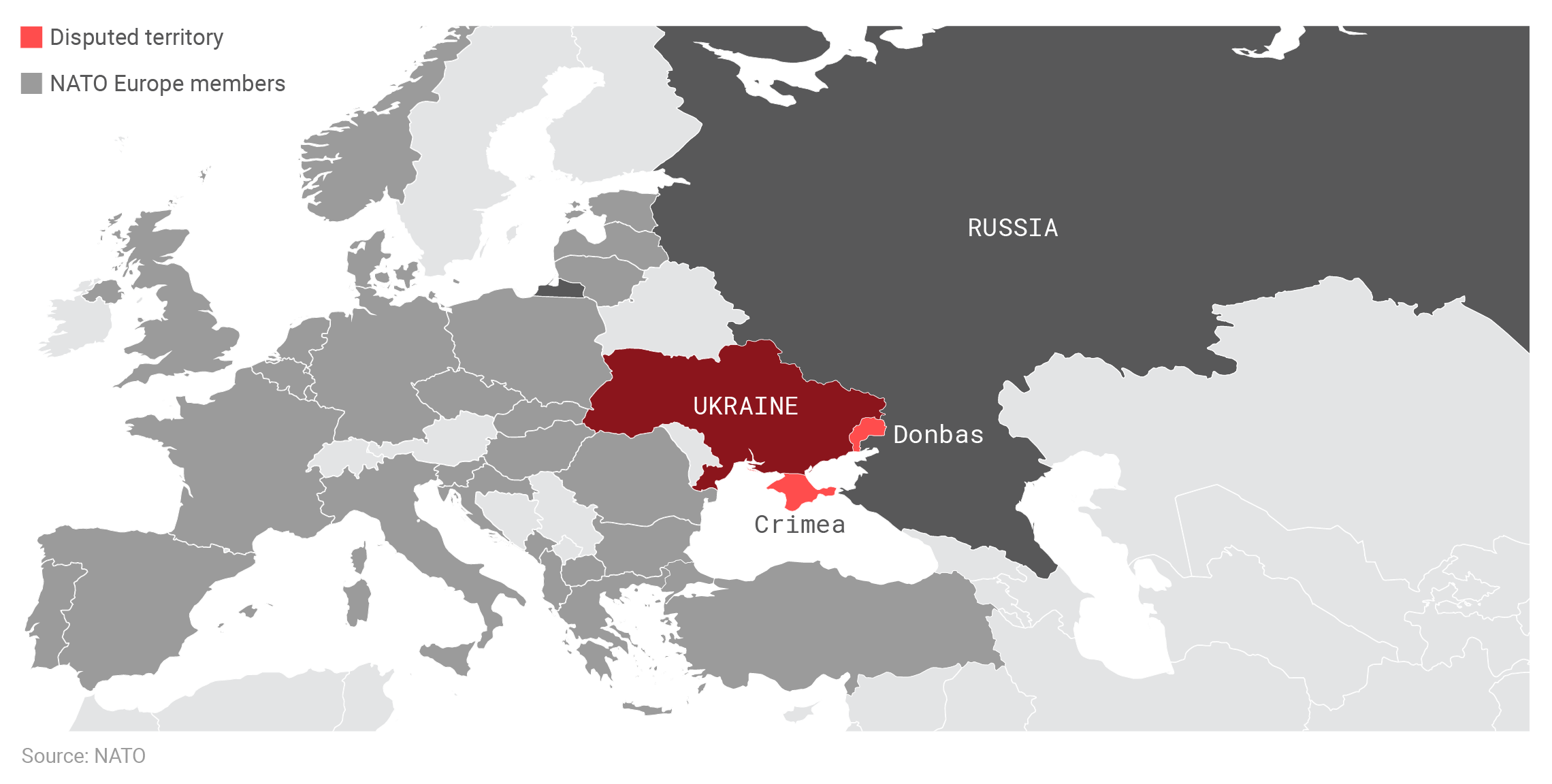 Speculation is rife that U.S/NATO are winning the military war in Ukraine (by arming and commanding Ukraine’s armed forces — it’s a proxy-war on the U.S. side), and also is rife that Russia is winning the military war in Ukraine (using its own forces), but “the fog of war” and propagandistic agendas dominate the military war on both sides (both the U.S.-and-allied side that gets its ‘information’ from Ukraine’s Government) and the Russian side that gets its ‘information’ from Russia’s Government).
-
It’s a two-front war: the military front, and the economic front. And that “fog of war” pertains ONLY to the military aspect of the war. It does NOT pertain to the economic front.
-
The ‘fog of war’ is almost 100% uncertainty on the military front, and nobody yet really knows which side is is actually winning this war militarily.
-
BY STARK CONTRAST: The economic front is 100% controlled by investors and is indisputably shown in the changes in the respective values of the currencies on the two sides: the value of the ruble relative to the dollar, and to the pound, and to the euro, today versus on 1 January 2022, which initial date was before anyone had any clear knowledge that Russia would invade Ukraine on 24 February 2022 and would promptly be hit by an all-out economic war against Russia: intense primary and secondary sanctions to create an economic iron wall between East and West, an economic blockade (by “The West”) against Russia.
-
Here are those economic changes, and the victor, thus far, in the war’s ECONOMIC front is clearly and unambiguously shown in each of these three graphs: 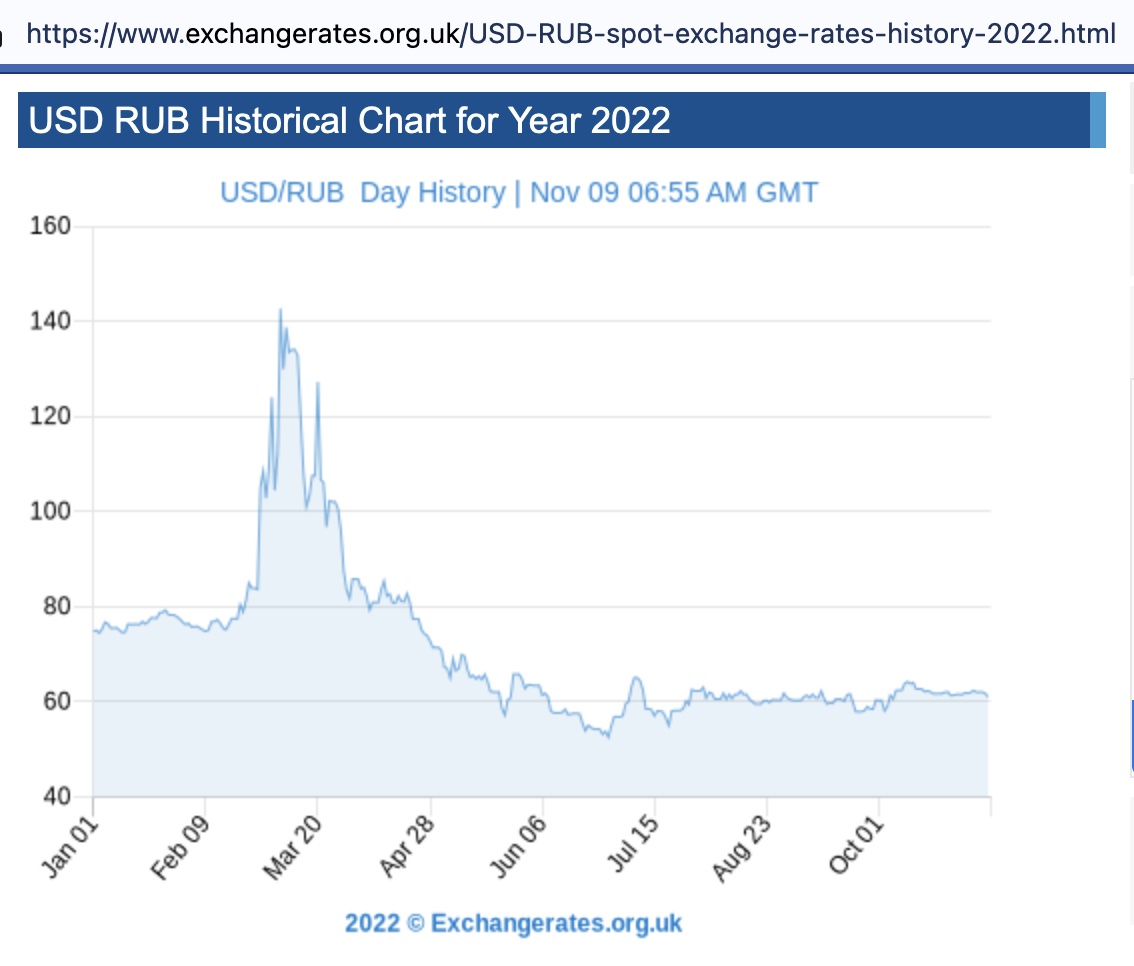 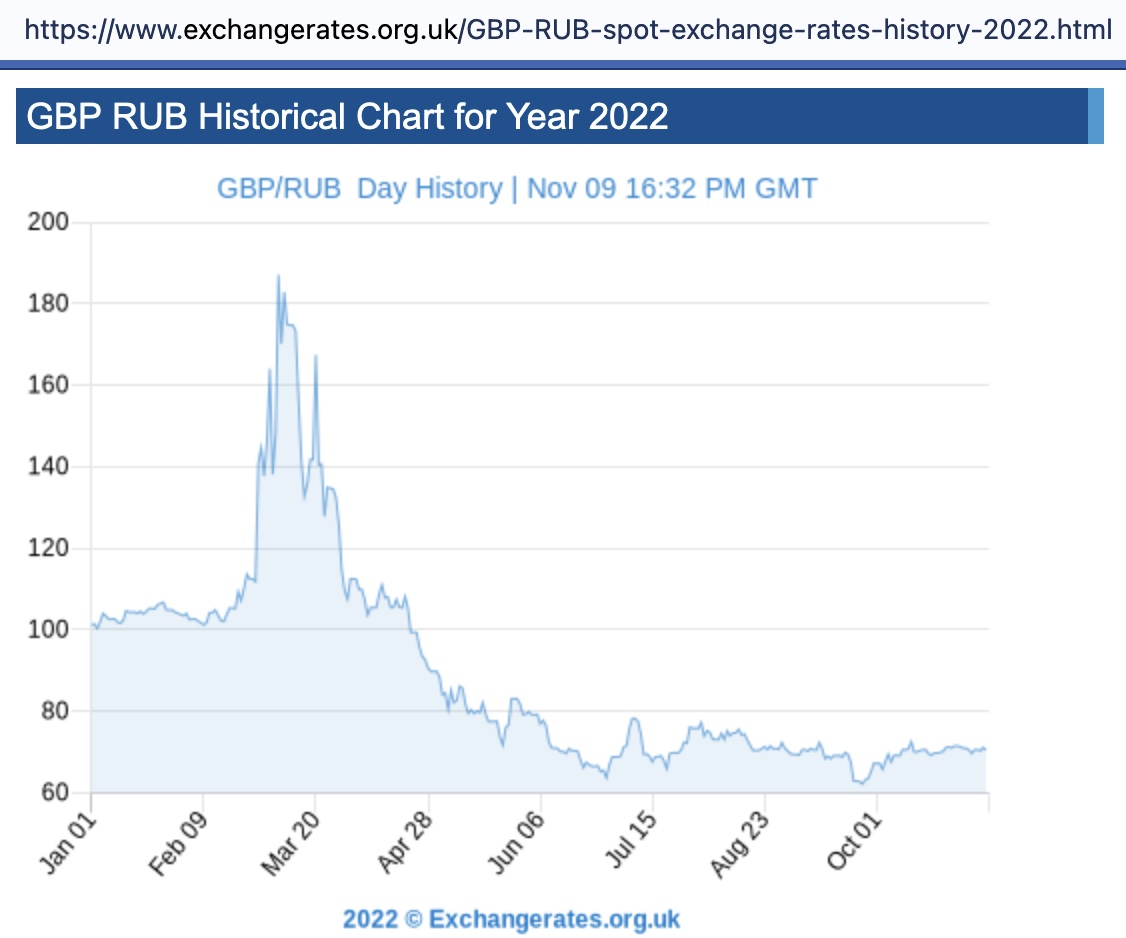 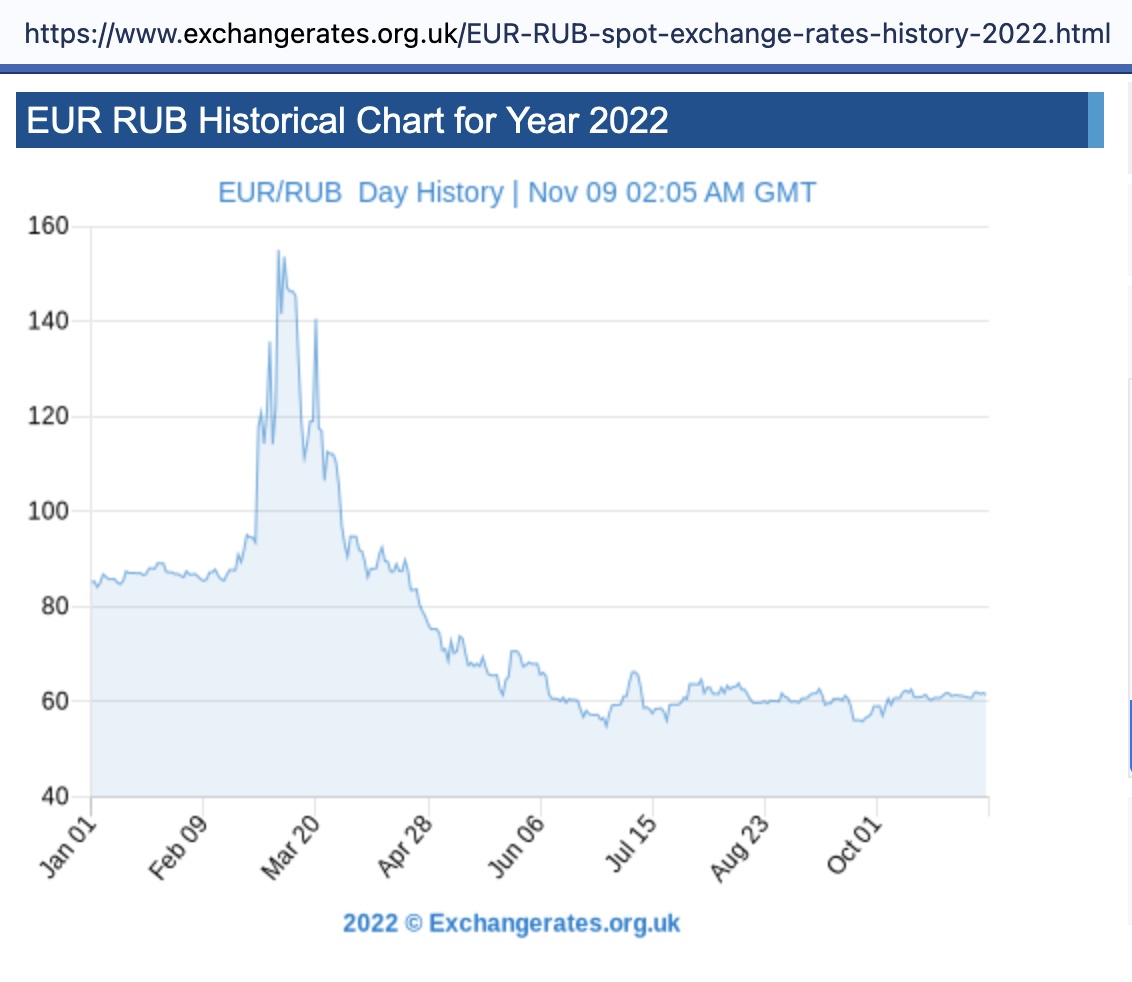 As that shows: The immediate response by investors to the 24 February 2022 invasion was to think that Russia’s economy would be crushed by “The West”; but, ever since May, there has been a remarkably stable belief by investors that instead Western (i.e., UK/U.S.-and-allied) economies will be crushed — crushed by What? Crushed by the UK/U.S.-and-allied sanctions and by the U.S./UK blowing up the Nord Stream pipelines in order to lock Europe out of what was and had long been Europe’s cheapest and most plentiful energy-source: Russia. Now, both consumers and industry in the EU will be grossly overpaying for energy because their Governments are allied with UK/U.S against Russia, instead of with Russia against UK/U.S. They will be paying a hefty price for years to come, because they are allied Westward instead of Eastward.
-
Nazis overwhelmingly support Ukraine against Russia, and now are leading throughout The West. Consumers and industries in UK and in Europe — and even in America itself — will be paying hefty prices for the nazi policies by their leaders. Are they democracies? One might also ask: Is Russia a democracy?