I'm well aware of the deluge of lies, misinformation, disinformation, historical amnesia, ideological bias, and pure tribal hatred for Russia and Vladimir Putin, which saturates the media, with any mention of Russia, Ukraine, NATO, and the EU, by politicians, celebrities, commentators, every talking head who gets shoved in our faces via TV and the internet.

I’m going to make an audacious, totally irrefutable, unequivocal statement about all of this: There is absolutely no excuse for the ignorance which has become the new normal for our fake thought leaders and authorities. Moreover, there is no excuse for any thinking person, any citizen who can read at a high school level — any of us everyday folks — to be taken in by the current phony narrative about Russia and its relationship to the U.S.

It is degrading and insulting to the intelligence and common decency of anyone with a functioning brain to be so callously manipulated, so frightened, so stampeded into the group-think which unabashedly promotes hatred, suspicion, divisiveness, fear; requires unwavering agreement, silencing anyone from even asking sensible, obvious questions; which embraces perpetual war, even casually talks about nuclear war; which demands absolute, unbending loyalty and obedience, our bowing down to leaders and self-anointed authorities who are provably either clinically insane or colossally incompetent . . . or both.

The good news is we don’t have to go along with this charade.

Finding out the truth is simple. It will require: 1) turning off your TV, and taking a healthy break from social media, internet news, Twitter, chat groups, YouTube and its numerous spinoffs; and 2) reading three books.

There is absolutely no excuse for the ignorance which has become the new normal for our fake thought leaders and authorities. Moreover, there is no excuse for any thinking person, any citizen who can read at a high school level — any of us everyday folks — to be taken in by the current phony narrative about Russia and its relationship to the U.S.

These three books are not difficult to read. They are extremely well-written, accessible, full of vital facts, information, and explanations. They are not ponderous academic works. Read with genuine curiosity and open-mindedness, they are pleasurable reading.

I do have to caution you. Because much of what you’ll discover will not fit the “official narrative” — which last time I checked was 99 and 44/100 percent pure fabrication — you’re going to have your eyebrows raised quite a few times; you might occasionally get upset — because discovering people you trusted have been lying through their teeth is never pleasant; you will probably, and justifiably so, have a lot of thinking and rethinking to do. But trust me, it will be worth every minute of it. I believe much of what now troubles and puzzles you, what now leaves you confused and stressed about current crises and the prospects for major war, your understandable fears about the coming economic meltdown and what are the real causes for such a catastrophe, questions about who runs our country and what drives its current self-destructive policies, will finally get some sensible answers. At least you’ll understand why we’re in the mess we’re in, and have a good idea what needs to be done . . . for your own good and that of your family and community.

Here are the three books: 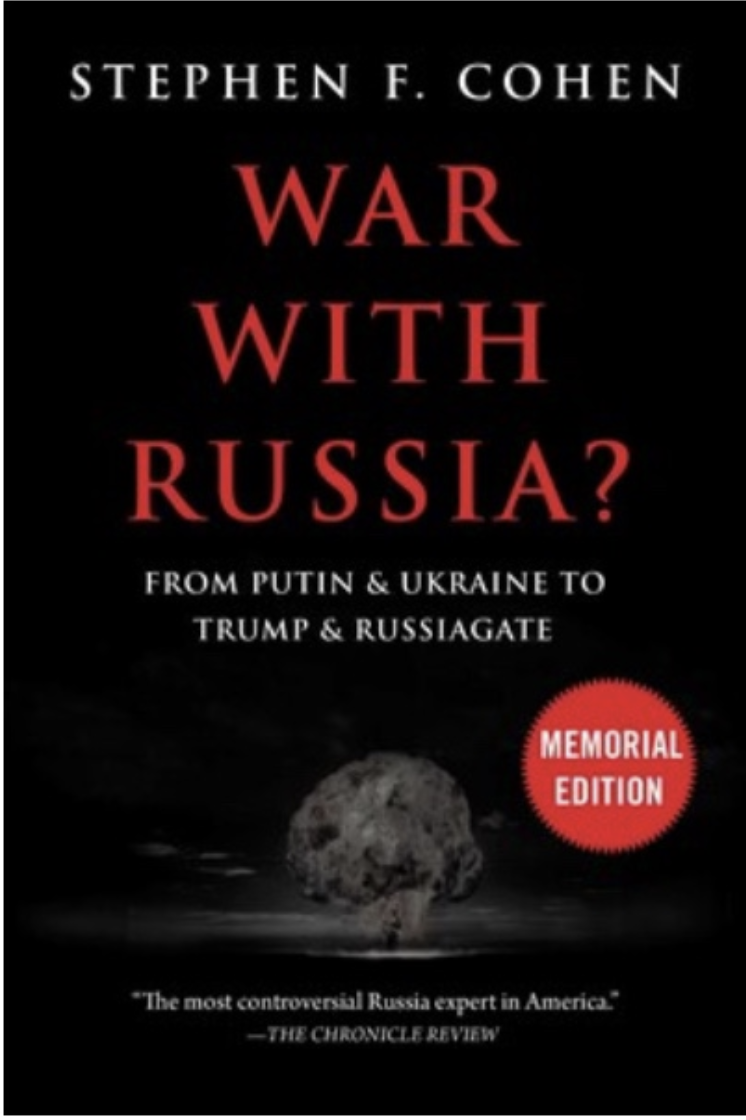 Recently I finished the late Stephen F. Cohen’s War With Russia? Sadly he passed away a little over two years ago. This was his last book. It’s an incredible work. He could have written it yesterday, because everything he says is totally relevant today, perhaps even more so. From the publisher: “Prescient and even more relevant than when originally released in 2019, this Memorial Edition of War With Russia? provides keen perspective to help readers understand the current Ukraine crisis. Are we in a new Cold War with Russia? Does Vladimir Putin really want to destabilize the West? War With Russia? answers these questions and more.” 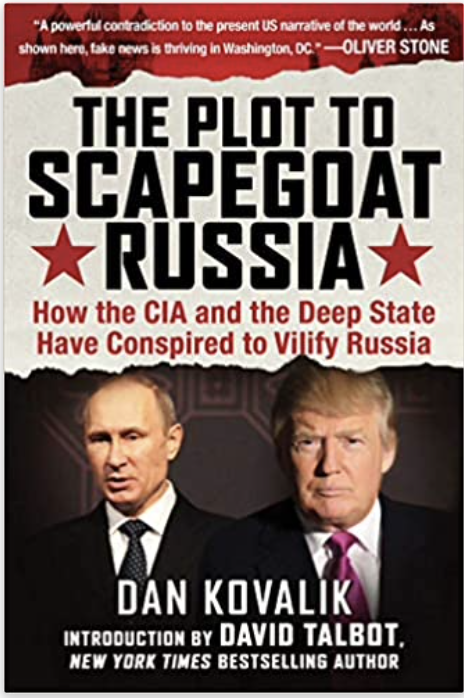 Dan Kovalik is a dedicated peace activist, and has been a labor and human rights lawyer since graduating from Columbia Law School in 1993. He has represented plaintiffs in ATS cases arising out of egregious human rights abuses in South America. He received the David W. Mills Mentoring Fellowship from Stanford Law School, and has lectured throughout the world. The Plot to Scapegoat Russia is part of a series of excellent books which exposes the underbelly of U.S. foreign policy: The Plot to Attack Iran, The Plot to Control the World, The Plot to Overthrow Venezuela, and No More War: How the West Violates International Law by Using ‘Humanitarian’ Intervention to Advance Economic and Strategic Interests. 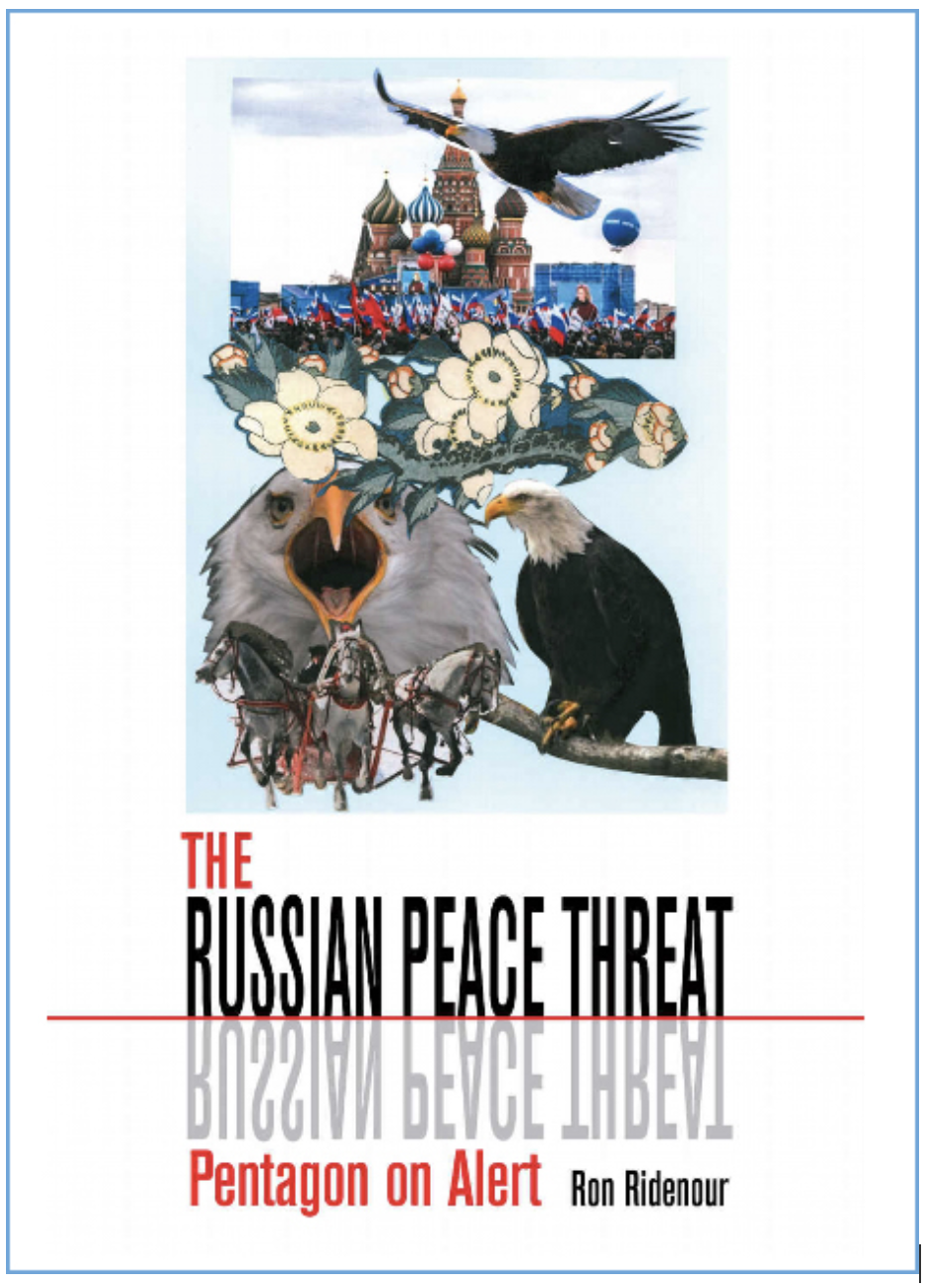 Ron Ridenour was born in the US Military Empire, 1939. After four years in the Air Force, in 1961 he rejected the American Dream, and has since acted as an anti-war, anti-racist and solidarity radical activist (Long Hot Summer, 1964, in Mississippi; Wounded Knee AIM 1973; anti-Vietnam war coordinator in Los Angeles). He has lived in many countries and worked as a journalist-editor-author-tranThe Russian Peace Threat: Pentagon on Alert (Punto Press) is truly a seminal work, a must read for anyone who wants a solid understanding of how Russia became “the enemy”, plunging us into a second Cold War, the ugly fruits of which we now see in Ukraine.

We often heard it said that truth wins out. Yes, the truth will set us free.

That’s true. But only if we can get to it. In an age of false flags and fake news, psyops like MKUltra and Operation Gladio, coupled with the wholesale capture of “official” media — e.g. the New York Times and Washington Post — by the national security agencies, it most certainly isn’t always easy. At least in terms of the accelerating hostility and potential hot war between the US and Russia, I’ve tried to make it much easier. 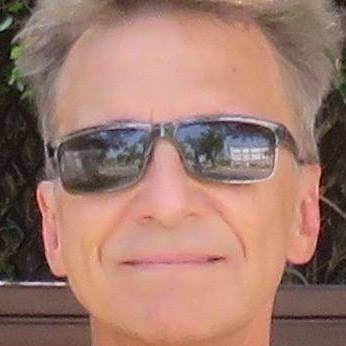 John Rachel has a B.A. in Philosophy, He is a novelist and established political blogger. He has written eight novels, three political non-fiction books, and a fantasy/travel/cookbook about the dietary preferences of mermaids. Fully aware of the dreadful threats facing humanity and the rest of life on our planet, John concentrates a lot of his work around antiwar activities, and the sociopolitical factors that allow injustice and sociopathy to prevail.