November 21, 2022 8 minutes read
Be sure to distribute this article as widely as possible. Pushing back against the Big Lie is really up to you. 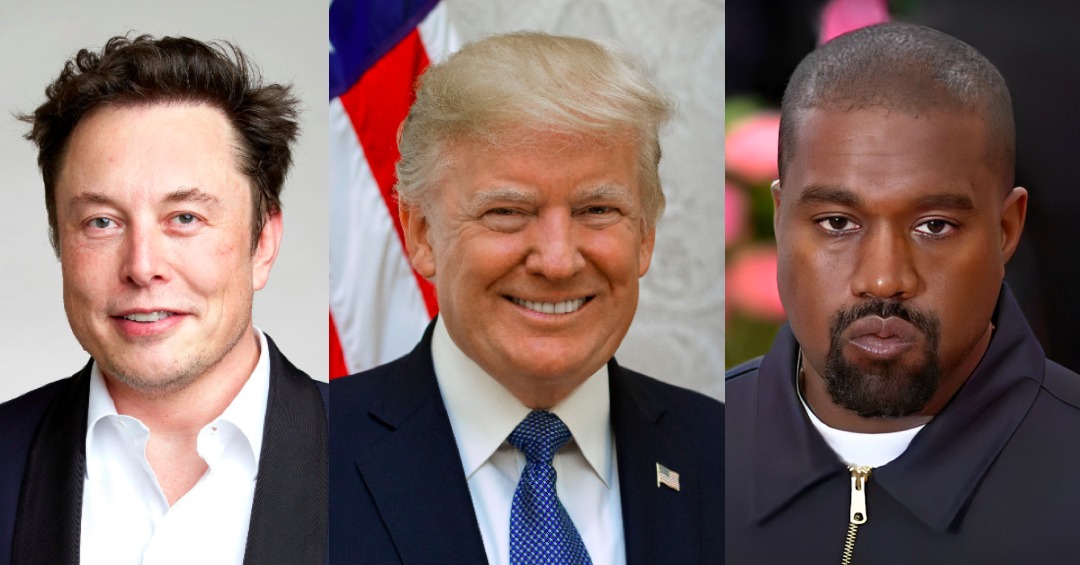 When Elon Musk’s purchase of Twitter was first announced this past April I said that the purchase likely wouldn’t go through if the empire thought it posed a threat to its information interests. I said that any reduction of censorship protocols which Musk implements on the platform would probably not be of the sort that make any difference to the powerful, but would instead just amplify vapid partisan culture war nonsense.

So far since Musk’s takeover, this does appear to be the case.

In recent days Twitter has reinstated the accounts of Donald Trump, Kanye West, Jordan Peterson, Project Veritas, Kathy Griffin, and the Babylon Bee. This to date is as close as Musk has come to honoring his stated intention of making Twitter a haven of free speech where people have a “digital town square” to debate and discuss ideas.

And it’s not enough. Un-banning a few famous people will drum up a lot of headlines and online chatter and make it look like you’re really doing something, but in the end all you’ve done is reinstate a handful of Twitter accounts. You haven’t done anything to meaningfully scale back the speech restrictions on your platform.

I can already hear the Elon simps falling all over themselves in a mad rush to tell me it’s only been a few weeks and I need to give Daddy more time, but they can go lick a Tesla battery. Nobody gains anything by giving the billionaire the benefit of the doubt and refraining from pointing out that he hasn’t done nearly enough at this point. The time to start criticizing and pushing is right now.

Twitter is currently full of discussions about which famous people Musk should un-ban next, but they’re completely missing the point. Reinstating a handful of celebrities has no meaningful effect on the free expression of normal people.

I don’t care that I can see tweets from Trump and Kanye again; I care that people are still banned from the platform for questioning western allegations of Russian war crimes and voicing unauthorized opinions about the war in Ukraine. I care that people are still banned for questioning vaccines and Covid policies which affect everyone. I care that media from governments the US doesn’t like are censored and suppressedwhile its reporters are made to carry “state-affiliated media” labels that media personnel from US-aligned states don’t have. I care that mass purges of accounts are virtually always directed at people from US-targeted nations.

In fact, we’re seeing Musk pledge to use shadowbanning to algorithmically censor tweets with unauthorized speech.

Negative/hate tweets will be max deboosted & demonetized, so no ads or other revenue to Twitter.

You won’t find the tweet unless you specifically seek it out, which is no different from rest of Internet.

“New Twitter policy is freedom of speech, but not freedom of reach,” Musk tweeted on Friday. “Negative/hate tweets will be max deboosted and demonetized, so no ads or other revenue to Twitter. You won’t find the tweet unless you specifically seek it out, which is no different from rest of Internet.”

Musk never clarified what he means by “negative” tweets; it’s as vague and subjective a definition as anyone could possibly come up with, which will surely result in abuses and overreach unless clarified.

“Freedom of speech but not freedom of reach” is the same dumbass slogan that’s been used by proponents of internet censorship for a long time. It basically means that you can say whatever you want, but if it’s not approved speech then no one will ever hear it. Which of course isn’t free speech at all. It’s like saying “You have free speech! You can say whatever you want, as long as you say it alone in a soundproof room.”

As we’ve discussed previously, censorship by algorithm is actually more damaging than overt censorship, because it happens in a much subtler way that people don’t notice, and because it can be done at mass scale. This is the same form of censorship that’s been embraced by platforms like Facebook and YouTube, which up until now have been far more restrictive of speech than Twitter.

So as far as I’m concerned Musk is failing the free speech test. Speech is not becoming any freer on Twitter in any way that actually matters, and from all appearances it’s still functioning as a narrative control tool for the most powerful empire that has ever existed.

And that’s pretty much what you’d expect from a billionaire Pentagon contractor who is inextricably interwoven with the US military-industrial complex. People don’t get to be billionaires unless they collaborate with existing power structures, and they certainly never get anywhere close to managing critical narrative control infrastructure unless they are devoutly loyal to the empire.

Billionaires only come to the rescue in movies and comic books. Elon Musk is no more likely to save the day than Tony Stark or Bruce Wayne. People only believe he’s a hero because Hollywood has trained us to look for heroes, but Hollywood only does that to keep us searching for heroes outside ourselves.

We’ll never get a healthy world if we keep looking to billionaires, politicians and celebrities to make things better. It’s going to have to come from us. The sooner we wake up to that reality the better a chance our species will have at surviving the existential crises looming on out horizon.

President John F. Kennedy: His Life and Public Assassination by the CIA