|
Please share this article as widely as you can. 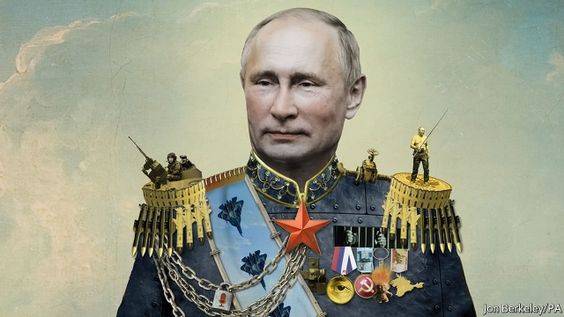 “The Ukrainians are in bad shape… It won’t be long before the Ukrainians run out of food. It won’t be long before they freeze… They have done all that we can reasonably expect them to do. It’s time to negotiate…. before the offensive begins, because once it begins, there will be no further discussion between Moscow and Kiev until it is over to the satisfaction of the Russians.” Colonel Douglas MacGregor, “War in Ukraine; Quiet Before the Storm”, 15 minute-mark

The relentless attacks on Ukraine’s electrical grid, fuel-storage units, railway hubs, and Command-and-Control centers mark the beginning of a second and more lethal phase of the war. The increased tempo of the high-precision, long-range missile attacks suggests that Moscow is laying the groundwork for a major winter offensive that will be launched as soon as Russia’s 300,000 reservists join their formations in east Ukraine. Kiev’s refusal to negotiate a settlement that addresses Russia’s core security concerns, has left Russian president Vladimir Putin with no other option but to defeat Ukrainian forces on the battlefield and impose a settlement through force-of-arms. The impending winter offensive is designed to deliver the knock-out punch Russia needs to achieve its strategic objectives and bring the war to swift end. This is from Reuters:

Russian missile strikes have crippled almost half of Ukraine’s energy system, the government said on Friday, and authorities in the capital Kyiv warned that the city could face a “complete shutdown” of the power grid as winter sets in. With temperatures falling and Kyiv seeing its first snow, officials were working to restore power nationwide after some of the heaviest bombardment of Ukrainian civilian infrastructure in nine months of war.

“We are preparing for different scenarios, including a complete shutdown,” Mykola Povoroznyk, deputy head of the Kyiv city administration, said in televised comments.” (“Ukraine says half its energy system crippled by Russian attacks, Kyiv could ‘shutdown'”, Reuters)

Until recently, Russia had avoided targets that would dramatically impact civilian activities, but now military leaders have returned to a more conventional approach. Presently, the military is destroying whatever facilities, transformers, storage units, substations, rail yards and energy depots that allow Ukraine to continue to wage war. Clearly –as the bigger and more powerful state — it was always within Russia’s ability to take a sledgehammer to Ukraine and break it into a million pieces, but Putin chose to hold back hoping that Kiev would come to its senses and see the hopelessness of its cause. And –despite the deluge of western propaganda to the contrary– the outcome of this war has never been in doubt. Russia is going to impose a settlement on Kiev and that settlement will require the government to cut all ties with NATO and to sign a treaty declaring its neutrality into perpetuity. Russia is not going to allow a hostile military alliance to place its missile sites and combat troops on its western flank. That won’t happen. Unfortunately, Russia’s military operation is going to greatly increase the suffering of the Ukrainian people who find themselves locked in a cage-match between the Washington and Moscow. This is from the World Socialist Web Site:

Poverty in Ukraine has increased more than tenfold since the outbreak of the US/NATO-Russia war, according to the latest data from the World Bank (WB). Officially, 25 percent of the country’s population is now poor, up from supposedly just 2 percent before February 2022… With officials predicting that the poverty rate could rise to as much as 60 percent or more next year, levels of deprivation are emerging in Ukraine that have not been witnessed on the European continent since the end of World War II.

Unemployment is now running at 35 percent, and salaries have fallen by as much as 50 percent over the spring and summer for some categories of workers. … according to the International Monetary Fund, Ukraine’s public debt has now soared to 85 percent of GDP…. A recently released joint study by the World Health Organization and Ukraine’s Ministry of Health found that 22 percent of people in Ukraine cannot access essential medicines. For the country’s 6.9 million internally displaced, that number rises to 33 percent.

…The medications that are hardest to get—those that treat blood pressure, heart problems and pain, as well as sedatives and antibiotics—reveal a population struggling to cope with decades of poverty-induced ill health and the physical and psychological trauma of war. While US and NATO officials are able to dispatch massive amounts of firepower to Ukraine’s front lines within a matter of weeks, the delivery of life-saving humanitarian goods is seemingly an impossible logistical challenge.”(“Poverty skyrockets in Ukraine”, World Socialist Web Site)

Washington’s proxy-war on Moscow has inflicted incalculable suffering on the people of Ukraine who now face plunging temperatures, dwindling food supplies, a crashing economy and a growing shortage of essential medications. And despite the chest-thumping bravado over the recapturing of Kherson, the Ukrainian people will now be forced to flee their battered homeland by the millions seeking refuge in Europe which has already slipped into a post-industrial slump brought on by Uncle Sam’s reckless provocations. How many of these working-class Ukrainians would have preferred that their leaders reach an accommodation with Putin (regarding his legitimate security concerns) rather than engaging the Russian army in a pointless war which has cost them their homes, their jobs, their cities, and (for many) their lives? And do the people outside the country who claim to “Stand With Ukraine” realize that they are actually supporting the impoverishment and immiseration of millions of civilians that are caught in a geopolitical crossfire between Washington and Russia? Anyone who genuinely cares about Ukraine should support Ukrainian neutrality and an end to NATO expansion. That is the only way this war is going to end. Russian security will be achieved by-way of a treaty or an iron-fist. The choice is Ukraine’s. This is from an article titled ‘Russia Is Right: The U.S. Is Waging a Proxy War in Ukraine‘:

“The war in Ukraine isn’t just a conflict between Moscow and Kyiv, Russian Foreign Minister Sergei Lavrov recently declared. It is a “proxy war” in which the world’s most powerful military alliance … is using Ukraine as a battering ram against the Russian state … Lavrov is … not wrong. Russia is the target of one of the most ruthlessly effectively proxy wars in modern history.” 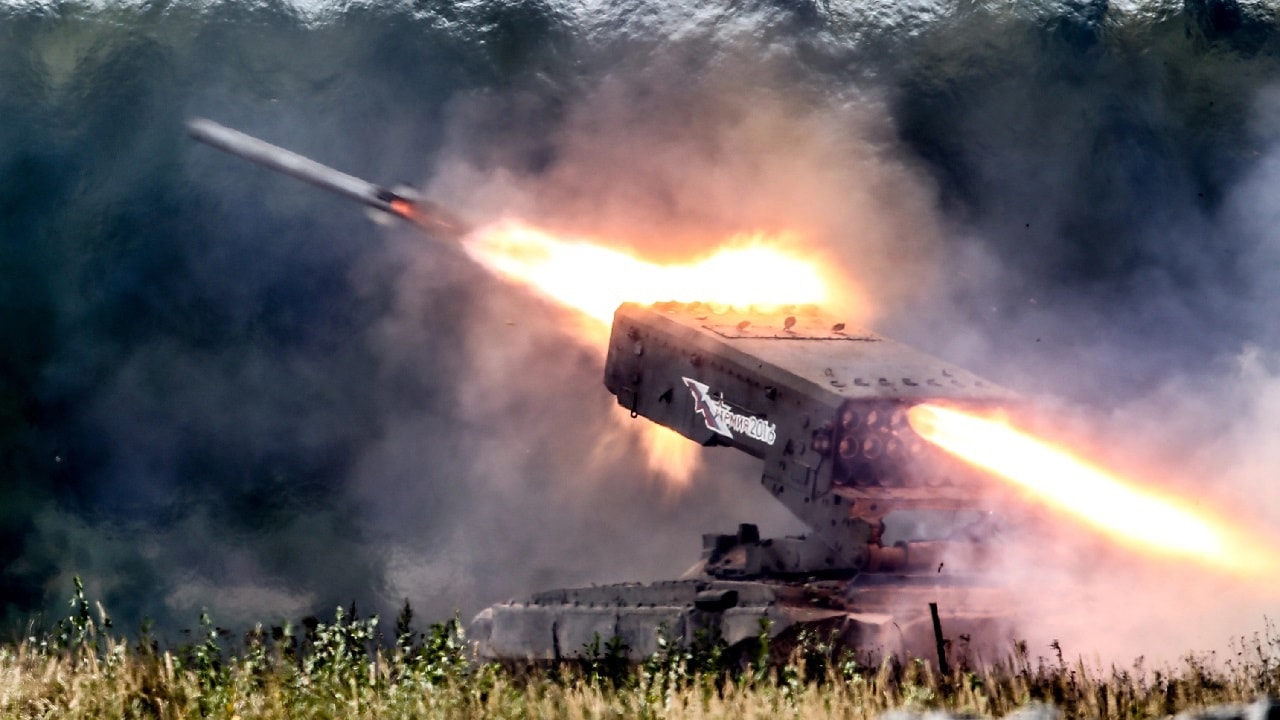 The US foreign policy establishment does not care about Ukraine or the Ukrainian people. The country is merely a launching pad for Washington’s war on Russia. That is why the CIA toppled the democratically-elected government in Kiev in 2014 and that is why the CIA armed and trained Ukrainian paramilitaries to fight the Russian military in 2015 (7 years before the invasion!) Here’s some background from a 2015 article at Yahoo News:

“The CIA is overseeing a secret intensive training program in the U.S. for elite Ukrainian special operations forces and other intelligence personnel, according to five former intelligence and national security officials familiar with the initiative. The program, which started in 2015, is based at an undisclosed facility in the Southern U.S., according to some of those officials….

“The United States is training an insurgency,” said a former CIA official, adding that the program has taught the Ukrainians how “to kill Russians.”

…the CIA and other U.S. agencies could support a Ukrainian insurgency, should Russia launch a large-scale incursion.

…“We’ve been training these guys now for eight years. They’re really good fighters. …representatives from both countries also believe that Russia won’t be able to hold on to new territory indefinitely because of stiff resistance from Ukrainian insurgents, according to former officials.

If the Russians launch a new invasion, “there’s going to be people who make their life miserable,” said the former senior intelligence official… “All that stuff that happened to us in Afghanistan,” said the former senior intelligence official, “they can expect to see that in spades with these guys.” (“CIA-trained Ukrainian paramilitaries may take central role if Russia invades”, Yahoo News)

There it is in black and white. The plan to use Ukraine as a staging-ground for conducting a proxy-war on Russia preceded the invasion by at least 7 years. The Obama administration and their neocon allies set a trap for Russia in order to drag them into an Afghanistan-like quagmire that would deplete their resources and kill as many Russian servicemen as possible. As Defense Secretary Lloyd Austin recently admitted, the US wants to “weaken” Russia so it is unable to project power beyond its borders. Washington seeks unhindered access to Central Asia so it can encircle China with military bases and nuclear missiles. The US intends to control China’s growth while dominating the world’s most populous and prosperous region of the next century, Asia. But first, Washington must crush Russia, collapse its economy, isolate it from the global community, demonize it in its media, and topple its leaders. Ukraine is seen as the first phase in a much broader strategy aimed at regime change (in Moscow) followed by the forced fragmentation of the Russian state. The ultimate objective is the preservation of Washington’s preeminent role in the global order. Putin’s winter offensive threatens to derail Washington’s plan to drag the conflict out for as long as possible. In the weeks and months ahead, Russia is going to intensify its assault on Ukraine’s critical infrastructure. Most of the country will be plunged into darkness, fuel supplies will dry up, food and water will become scarcer, communications will be cut off, and all rail-traffic will cease. Millions of civilians will flee to Europe while the entire country slowly grinds to a standstill. At the same time that Russian battalions overtake cities and towns east of the Dnieper, the Russian army will block vital supply-lines from Poland cutting off the flow of lethal weaponry and combat troops headed to the front. This, in turn, will lead to widespread capitulation among Ukrainian fighting units operating in the field which will force Zelensky to the negotiating table. Eventually, Russia will prevail and its legitimate security demands will be met. Here’s how Colonel Douglas MacGregor summed it up in a recent interview:

“What’s coming in the future is a very massive offensive... the kind of offensive that I and many other military analysts expected at the beginning; Very decisive operations, multiple operational axes designed to effectively annihilate the enemy on the ground. And that’s what’s coming now, that’s what lies in the future.” (Colonel Douglas MacGregor, “War in Ukraine; Quiet Before the Storm”, you tube)

When the ground freezes, Russia’s offensive will begin.

War in Ukraine: Quiet Before the Storm?

The Grayzone
16 Nov 2022
About the author
Mike Whitney writes on politics and finances and lives in Washington state. He can be reached at fergiewhitney@msn.com