Lucid Summations When Tomorrow Is Today and MLK Day

January 16, 2023 11 minutes read
Please share this article as widely as you can. 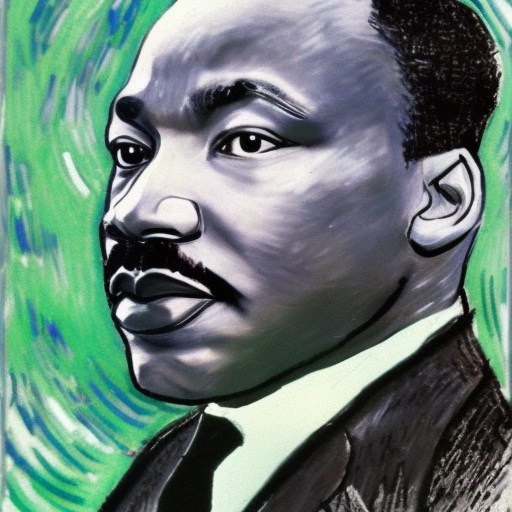 Cut down in his prime, he continues to cast a long shadow despite devious establishment efforts to defang and bury his message. (TGPai-Van Gogh)

“What they [regular people] need, and what they feel they need, is a quality of mind that will help them use information and to develop reason in order to achieve lucid summations of what is going on in the world and what may be happening within themselves….what may be called the sociological imagination.”

In what follows, I offer some conclusions I have arrived at and am skipping all the steps taken to arrive there.  Everyone needs to follow their own path to the end.

I know Mills was right when he penned those words long ago.  Arguments don’t go too far to convince others; only self-directed investigations do.  It is a question of the moral will-to-truth and the desire to be free, plus the imagination to connect the dots using reason that leads to conclusions that make sense.  There are many explanations for every public issue and personal problem under the sun that tell us why this or that is true or false.  But since we live in an age of non-stop lies and propaganda, determination and the willingness to do our homework is essential.  The following summations are the results of my study over many years, and this is a partial list.

There comes a time to state them outright and as clearly and concisely as possible, when silence is betrayal, as Martin Luther King, Jr. said so passionately in his speech, “Beyond Vietnam: A Time to Break the Silence,” from the pulpit of Riverside Church in New York City on April 4, 1967, a year to the day before he was murdered by U.S. government forces.  He said:

This I believe to be the privilege and the burden of all of us who deem ourselves bound by allegiances and loyalties which are broader and deeper than nationalism and which go beyond our nation’s self-defined goals and positions. We are called to speak for the weak, for the voiceless, for the victims of our nation and for those it calls “enemy,” for no document from human hands can make these humans any less our brothers.

I feel bound by that deeper loyalty and offer these summations in that spirit.

ABOUT EDWARD CURTIN, IN HIS OWN WORDS

Educated in the classics, philosophy, literature, theology, and sociology, I teach sociology at Massachusetts College of Liberal Arts. My writing on varied topics has appeared widely over many years. I write as a public intellectual for the general public, not as a specialist for a narrow readership. I believe a non-committal sociology is an impossibility and therefore see all my work as an effort to enhance human freedom through understanding.

Further Evidence that the U.S.-UK Deep State Is One Country, Not Two

A Prison Where The Prisoners Don’t Know They’re In Prison: Notes From The Edge Of The Narrative Matrix