January 23, 2023 7 minutes read
Please share this article as widely as you can. 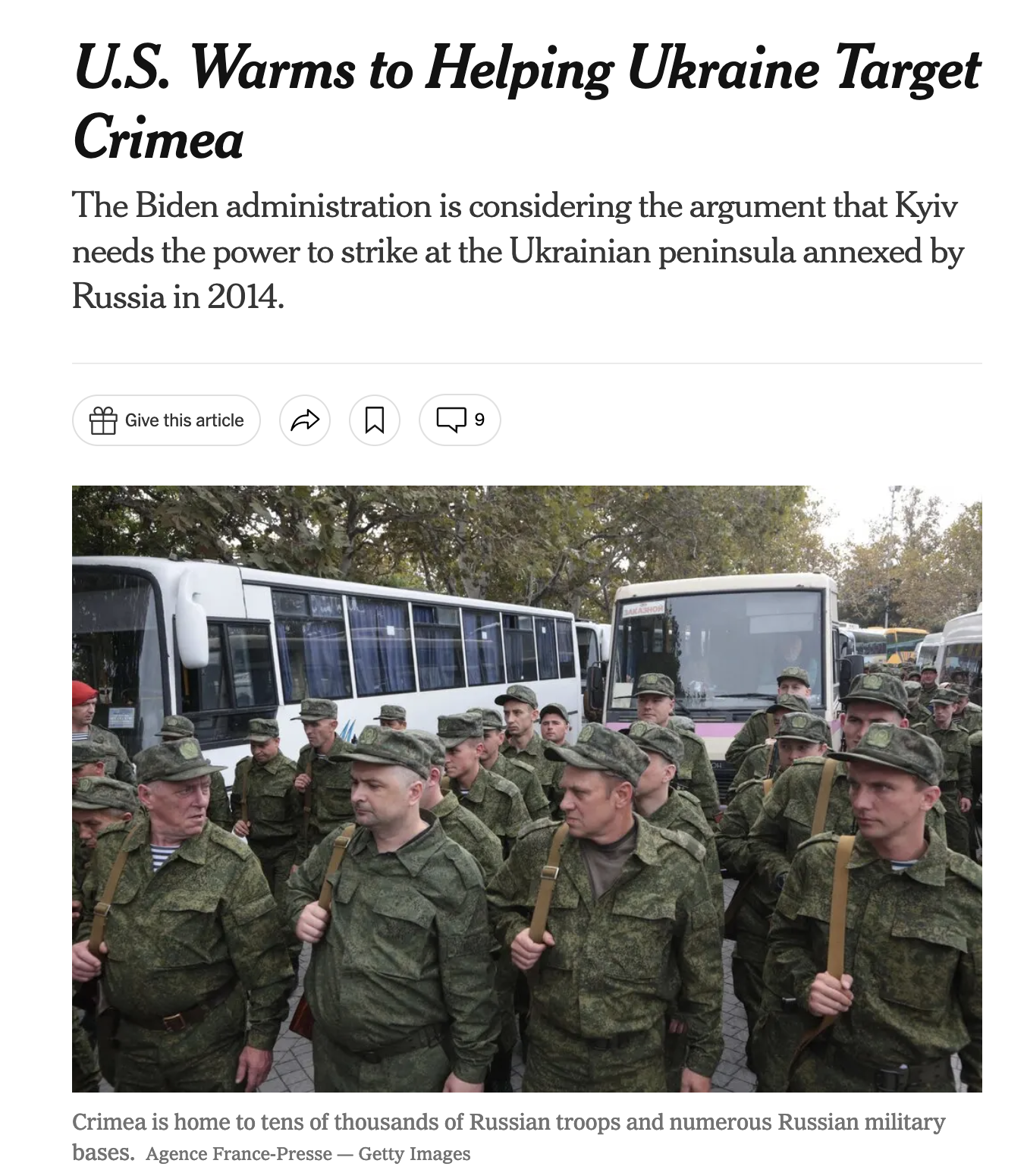 TGP snapshot of NYTimes story suggesting US help to hit Crimea, Russian territory, by law and by right. Note that the assembled RF soldiers—whose unit is not identified—show a broad demographic range. 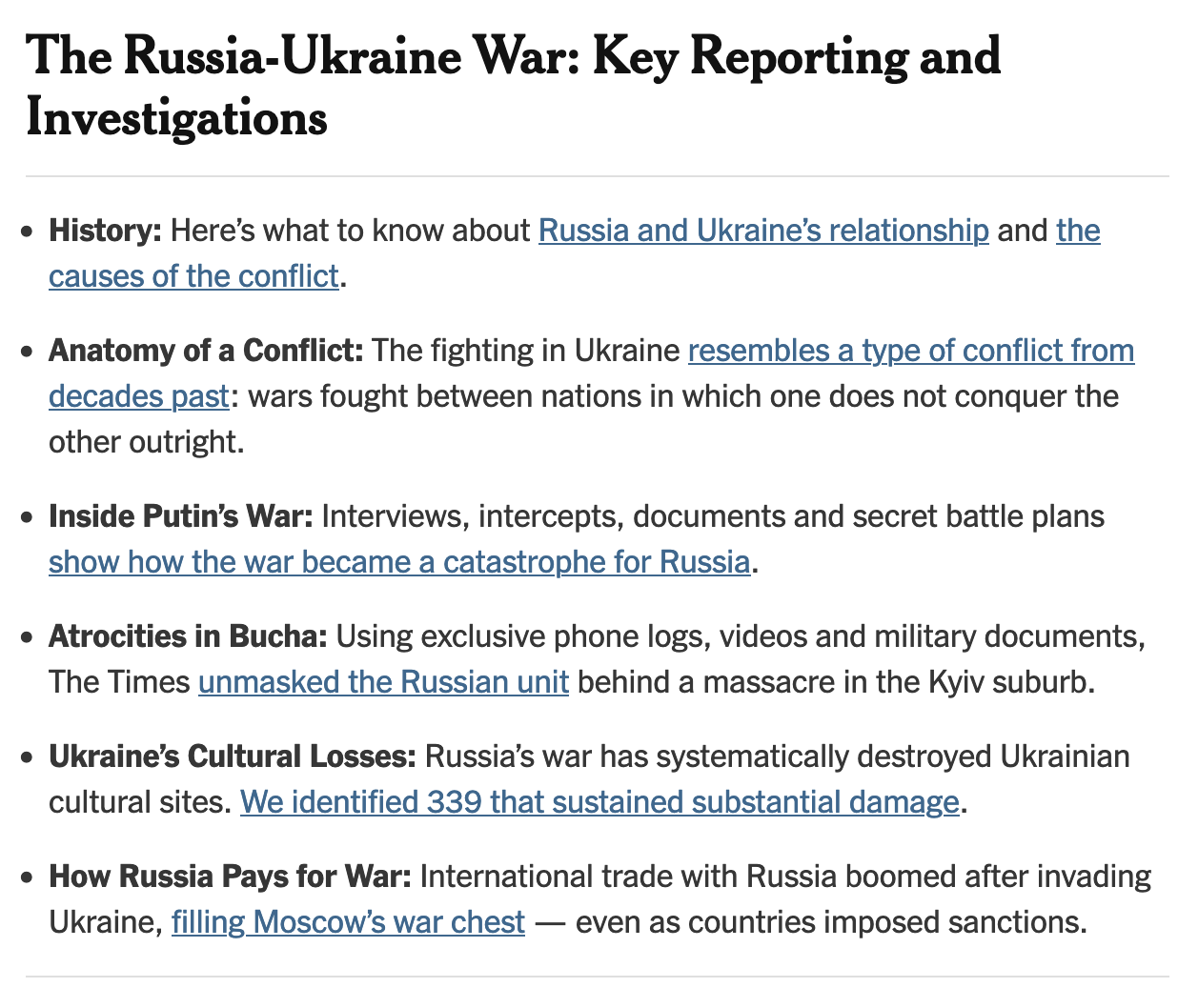 Everything in this callout is highly tendentious or an outright lie. The NYTimes long ago lost the last trace of professional decency, if it ever had any. The claim about Bucha is particularly outrageous. As the NYTimes must know, despite the Western media hysteria, the evidence suggests that the atrocities were actually committed by Ukrainians, and handled as a false flag event by the joint Kiev/NATO propaganda command.

Russia might not employ nuclear weapons in the event of such an attack against Crimea — it might instead respond without nuclear warheads, but only with non-nuclear ones; and, since the invasion of Crimea would have been carried out by both Ukraine and America, Ukraine and/or America would be targeted. If Ukraine would be targeted, then America might defend Ukraine by further attacking Russia — perhaps only in Crimea, but perhaps not. In any case: Washington and Kiev would jointly have violated the top condition in which Russia might respond with nuclear weapons; and, so, a second attack by America and Ukraine against Russia would almost certainly result in a nuclear response by Russia; and, as Scott Ritter has already noted, any circumstance in which one or more of Russia’s red lines have already been crossed by America and/or by one of America’s allies would precipitate a launch by Russia of its entire nuclear stockpile of thousands of nuclear weapons, from land, sea, and air, which would mean, within pehaps 30 minutes to an hour, game-over for everyone, and the end of life on Earth — not by some delayed “nuclear winter,” but immediately by the direct blast-effects and the intense nuclear radiation then spread throughout the entire atmosphere of the planet. 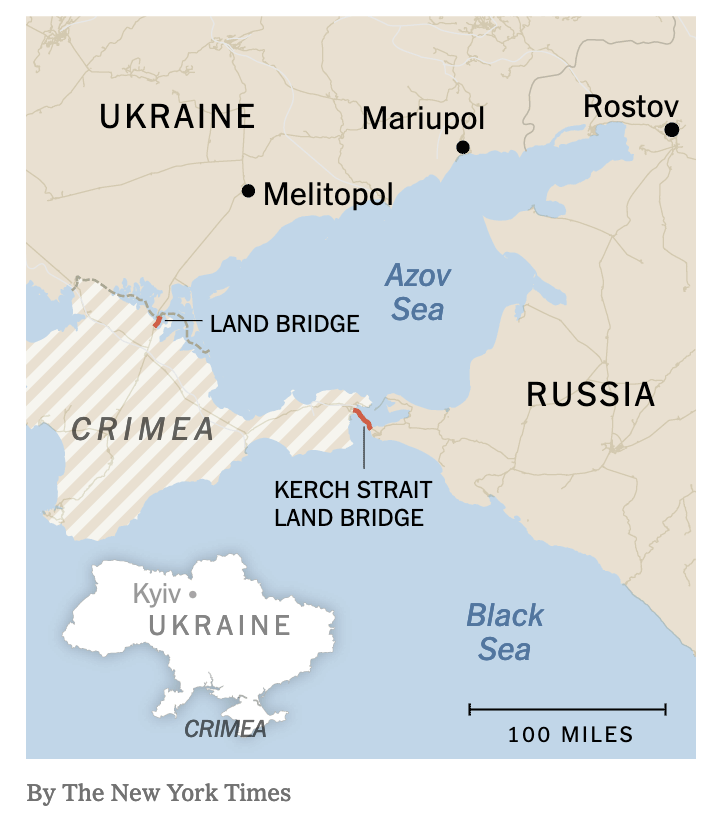 Though the NYT hid this crucial additional information, I don’t, though perhaps the hundreds of U.S.-and-allied news-media that I am submitting this news-report to might all decide not to publish it. Anyway: they all are receiving it on January 22nd. We’ll see which ones publish it, and whether ONLY ones that Google bans do publish it, in which case this news-report still will appear here, even if that turns out to be the only place that does.

ABOUT THE AUTHOR / SOURCE
Investigative historian Eric Zuesse’s new book, AMERICA’S EMPIRE OF EVIL: Hitler’s Posthumous Victory, and Why the Social Sciences Need to Change, is about how America took over the world after World War II in order to enslave it to U.S.-and-allied billionaires. Their cartels extract the world’s wealth by control of not only their ‘news’ media but the social ‘sciences’ — duping the public.

The New York Times is Orwell’s Ministry of Truth