Home UKRAINE/NATO/RUSSIA/CHINA IF YOU CAN’T WIN ON THE BATTLEFIELD, GET THE MEDIA TO PUBLISH FANTASY

IF YOU CAN’T WIN ON THE BATTLEFIELD, GET THE MEDIA TO PUBLISH FANTASY

January 24, 2023 7 minutes read
Please share this article as widely as you can.

by Larry Johnson
SON OF THE NEW AMERICAN REVOLUTION 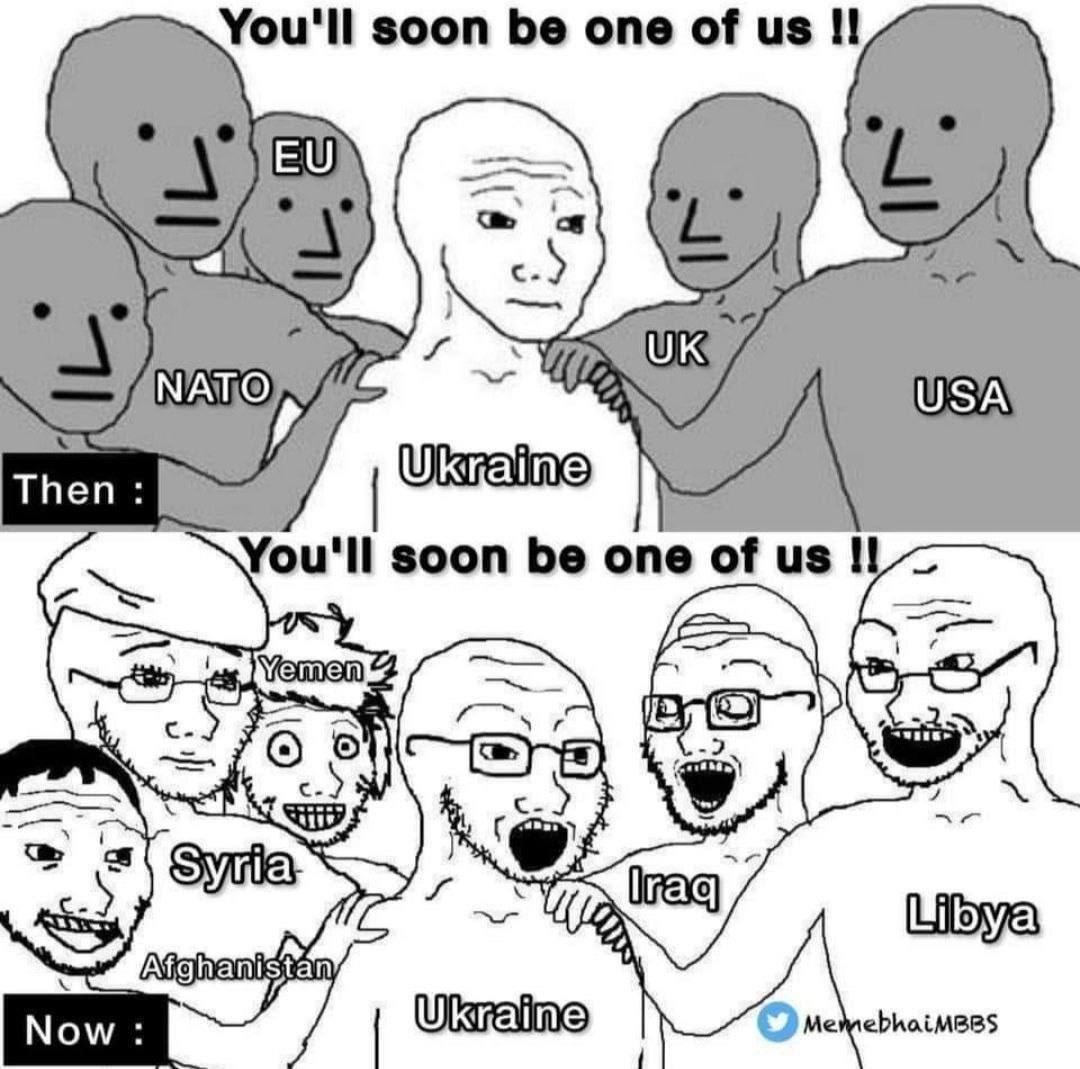 And the Western media train ride to crazy town continues to hurtle down the tracks and does not realize the bridge over the River Dnieper has vanished. That is the best poetic imagery I could conjure up tonight to try to capture that pathology of so-called journalists to publish nonsense. A new meme emerged today — the Wagner Group is being wiped out.

Tens of thousands of fighters rounded up to fight in Ukraine for Wagner Group , the Russian private mercenary fighting corps, have gone missing or died, according to a Russian non-governmental organization. . . .

The statistic cited is just the latest indication that Wagner’s fighting force is falling apart in Ukraine, even as Russia works to secure wins on the battlefield almost one year after the invasion of Ukraine.

Wagner Group fighters have been involved in the heavy fighting in Soledar in recent weeks, a town in which Russia has claimed victory. Wagner has also been largely responsible for gains made in Bakhmut nearby, “at an extraordinary cost,” given that many of the Wagner recruits had minimal training since Wagner recruited 40,000 convicts, John Kirby, a White House National Security Council coordinator, told reporters last week.

Ukrainian President Volodymyr Zelensky hinted at the dramatic losses the Russians are sustaining in Soledar in a recent speech as well.

Unlike Baghdad Bob, President Zelensky is being enabled by a host of Western government leaders and media pundits as he clings tenaciously to the belief that Ukraine still controls Soledar. But the reality displayed on the following map tells a different story:

“The headquarters of the territorial defense of the DPR announced the liberation of Krasnopolevka.” As you can see on the map, Krasnopolevka is northwest of Soledar. Russia’s Wagner Group is not behaving as a decimated force hemorrhaging personnel. The Russians are moving methodically to envelop the Ukrainian forces in a cauldron and Zelensky continues to insist they are winning. It just dawned on me that Zelensky, as a former comedian, is channeling his inner Monty Python with Ukraine as the Black Knight:

This is a perfect example of art reflecting reality with respect to the Ukrainian military effort. Russian advances are not confined to Bakhmut and Soledar. Russia is expanding its bridgehead in the direction of Seversk (which is north of Soledar) and is attacking the villages of Razdolovka, Nikolaevka, Vesely, Vyemka, and Ivano-Daryevka. An impressive display of combat prowess by a supposedly spent force of ex-convicts.

Not all of the Ukrainian leadership is out of touch with reality:

In this morning’s report, the Ukrainian General staff confirms that Russian fighters have advanced significantly along the Artemivsk-Konstantinovka highway and are storming Predtechino and Stupochek.

To the north of Artemivsk, the assault on Paraskoveyevka and Krasnaya Gora continues. Also, the offensive in the city of Artemovsk itself continues – fighting on the eastern and southern sides of the settlement.

After leaving the post of adviser to the Office of the President, Arestovich launched into all serious frankness – he said that the Russian special operation was conceived as a bloodless mission and should have passed without casualties.

“They tried to wage a smart war… Such an elegant, beautiful, lightning-fast special operation, where polite people, without causing any damage to either a kitten or a child, eliminated the few who resisted. And they didn’t even eliminate them, but offered to surrender, switch sides, understand and etc. They didn’t want to kill anyone. Just sign the renunciation.”

I am amazed that Arestovich is still alive. Comments like these make him a prominent target for assassination by the Zelensky crowd.

Arestovich is not the only one in hot water. Ukraine’s Defense Minister Reznikov faces an exploding scandal for his extraordinary skill as a retail grocer and generator salesman:

Ukraine’s Defense Minister Oleksii Reznikov — one of the most prominent faces of the war against Russia — is now under fire on the home front as investigations into government corruption rocked the country over the weekend. . . .

Both of the inquiries are related to war profiteering, and triggered an immediate pledge of action from President Volodymyr Zelenskyy on Sunday night. The case involving the defense ministry involved purchases of military rations at inflated prices — a topic that has snowballed into top news in Kyiv. Almost simultaneously, the deputy infrastructure minister was fired in a case linked to an overpriced public purchase of electrical generators. The National Anti-Corruption Bureau of Ukraine said it was investigating both matters.

The combination of military losses and blatant corruption are consequential and signal the unraveling of the Zelensky government. This bad news comes on the heels of last week's loss of the Ministry of Interior leadership. There are no wunderwaffen waiting in the wings that can salvage Ukraine at this point. Even if Germany caves and decides to send forty year old “modern” Main Battle Tanks, Ukraine lacks the personnel and time to train a unit of tank operators that can perform competently on the battlefield. But these facts will not stop Zelensky from insisting, “It’s only a flesh wound.”

ABOUT THE AUTHOR / SOURCE
Larry Johnson, a former member of the US military and intel is now an anti-imperialist blogger at his website A SON OF THE NEW AMERICAN REVOLUTION.

“Chinese Aggression” Sure Looks An Awful Lot Like US Aggression