The degeneracy of the Western ruling class, led by arrogant anglo-American parochialism, a curse that has spread around the globe, is driving the planet to a nuclear Armageddon. Meantime, the American people, drunk with cheap, ignorant jingoism, march like programmed zombies in proud parades…Americans, as Paul Craig Roberts warns with characteristic honesty, "need to pay attention to the fact that 'their' government is a collection of crazed stupid fools likely to bring vaporization to the United States and all of Europe."

The symbolism of Armageddon is thus becoming uncomfortably apt to describe the latest crisis detonated by our criminal leaders. Although we have no use for any religion, especially the violent and bloodthirsty Abrahamaic bunch comprising Christianity, Judaism and Islam, we grant that occasionally some Biblical visions offer useful scenarios and even respectable courses of action. Jehova's Witnesses, a minor and controversial sect, has a peculiar interpretation of this prophesy. Armageddon, in their view, will be a decisive battle between two opposing forces: on one side, Christ Jesus together with the holy angels; in opposition, human governments and institutions (manipulated by wicked spirits) insistent on maintaining control over humanity. Unlike natural or manmade catastrophes, Christ and his angels will selectively destroy those humans deemed incorrigible. Planet Earth will be rid of greed, corruption, and all individuals and institutions who impenitently ruin the earth and impose misery on others. (Rev 16:16; 1 John 5:19; Matthew 25:31–40). By the sound of it, we might think the prophet had seen the American plutocracy and its legions of hanger-ons in action. Alas, if Christ could perform this miracle, to rid the world of this malignant plague, we, too, would instantly become devout believers.

In the meantime, since the divinity for some perversely inscrutable reason, allowed these scoundrels to be in power in the first place, let this modest space serve as a rallying ground for those intent on sounding the alarm about the looming disaster.  Time for humanity to wake up. 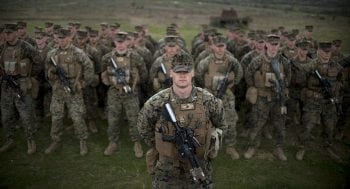 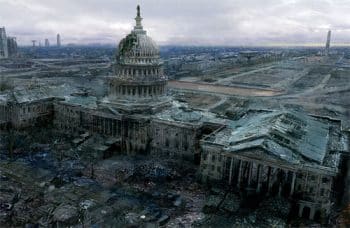 Peace or Armageddon: Take Your Pick

PAUL ATWOOD—Once Hitler and the top Nazis were gone American elites had to devise a plan to deal with the ...
Read More 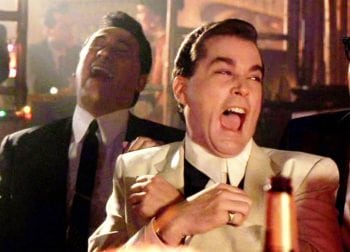 CAITLIN JOHNSTONE—This would be the same James Mattis who’s been overseeing the war crimes committed by America’s armed forces during their illegal occupation ...
Read More 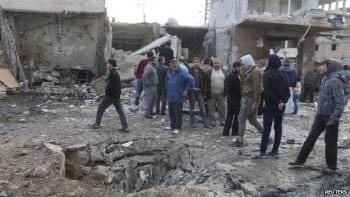 US war crimes in Syria exposed

NILES NIEMUTH—Times columnists Nicholas Kristof and Thomas Friedman, who both jump at any opportunity to denounce with the utmost moral outrage ...
Read More 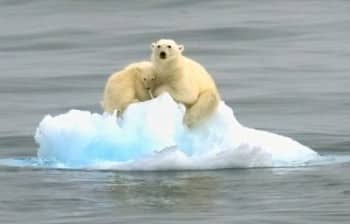 Very Little or No Hope

The Saker: Alas, this is far from over!

THE SAKER—This really can be summarized in a simple sentence: the AngloZionist Hegemony is a threat for the entire planet, ...
Read More
All comments subject to anti-hacking filters.
1
1
Share
Share FacebookTwitterPinterestLinkedinVKRedditWhatsappTelegramEmail