Can the industrial manufacturers of lies and fake reality help us determine what is “fake news”?

That, apparently, is what the system’s shills are after in raising the alarm about the spread of “fake news” throughout the Internet. For starters this is transparently dishonest. Unrestricted opinion, including insane and very biased items, have long circulated on the Net. But in the free for all of mass communications which is the Internet, there’s also a rising trend: honest truth-tellers with a widening audience. An audience whose expansion is a threat to the guardians of the national brainwash, of benefit only to the plutocratic 0.00001% fronted by the Duopoly politicians and their associated presstitutes crawling all over the MSM.

The video below is a harbinger of probably more to come. A thinly-veiled attempt at demonising opinion the establishment finds dangerous to their own hold on the public mind. Paving the way for a more frontal attack on dissenters on the web. Choking free speech. This is something that everyone should realize and stand firm to oppose and resist. For whenever the system managers demonise something, worse attacks follow.

An analysis of this development is presented on a separate post introducing our new section, SPOTLIGHT, so there is no need to repeat it here. Meantime, just watch this video below and start learning how to read the truth between the lines, or under the top layer of sanctimonious posturing offered by the system’s front men, women, the official mouthpieces. It’s the kind of instruction that you have been missing all along but no longer can afford to neglect. If you think we exaggerate you are not paying attention. And if you keep reading the New York Times, watching mainstream TV, or listening to the faux left voices, you’ll simply be blindsided by events. It’s really up to you. For no one else can ultimately control what you believe.

This is the way CBS presents this toxic piece of pseudo news trash:

The battle to stop the spread of fake news online

There’s growing concern about fake stories online to draw in readers and possibly mislead voters. Dan Ackerman, senior editor at CNET, and Jeff Jarvis, a journalism professor at the City University of New York, join “CBS This Morning: Saturday” to discuss the motivation behind the fake headlines, and the role websites and social media platforms should play to inform users.

NOTE: ALL IMAGE CAPTIONS, PULL QUOTES AND COMMENTARY BY THE EDITORS, NOT THE AUTHORS • PLEASE COMMENT AND DEBATE DIRECTLY ON OUR FACEBOOK GROUP INSTALLATION 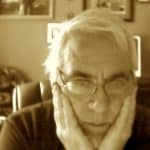 =SUBSCRIBE TODAY! NOTHING TO LOSE, EVERYTHING TO GAIN.=
free • safe • invaluable • see our special red registration box at bottom of this page

We all have different motivations. Mine is different from Stone’s. It would be nice to win battles, and certainly that would be a consequence if we are successful, but for me the visceral motivation is not fighting but teaching. I give capitalism an “F.” I feel an urge to explain to people why and how capitalism and unkindness are mistakes. Those who consciously refuse to understand are few enough that they could be easily overcome if everyone else understood, and then we would win the battle. But for me the truth is a value in itself. I don’t know why.… Read more »

I fully agree. How do we know what battles to fight if we don’t understand the issues. Most people I know through my writing and media work have a keen understanding. We’re a tiny minority. When I mention serious issues with most people I meet under other circumstances, their eyes glaze over with ignorance and indifference. They care only about the personal lives and nothing else. It’s so easy to stay informed today with minimal effort, unlike when I was back in school and much later with no Internet. One of my doctors, an intelligent woman, admits knowing nothing about… Read more »

I am starting to think that all our essay-writing and article-writing can’t directly reach the people we really want to reach, but maybe it can reach some of them indirectly. I am starting to see why and how: When I try to explain to someone why we need to end capitalism, they will immediately tell me that ending capitalism is unnecessary, undesirable, and impossible. And they have two or three reasons in mind. Of course, all their reasons are wrong. And if I am having a one-on-one conversation with them, and if I can keep it going long enough, I… Read more »

DIANE GEE REPLIES TO JOHN V WALSH ….. “The Deep State” or “Illuminati” are boogeymen words, meant to keep reasonable people from discussing what Capitalism is, and does. It is en extraction process that pulls all the water from the ground and up into a tower, then throw back a teaspoonful for the people to compete for every gallon we extract for it. Wealth begets wealth on the wealthy; in schooling, health care, opportunity and assets passed ever on to offspring. People cannot change the fabric of the system without recognizing it for what it is in the first place.… Read more »

The Media’s Deranged Hysteria Over Elon...