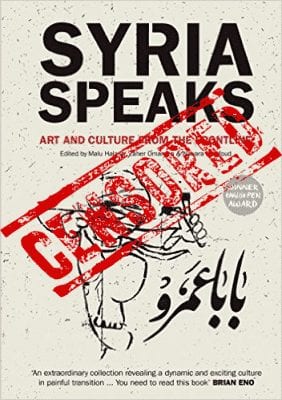 Editor's Note
What have we let ourselves be chivied into that people living in a "free and democratic" nation can allow people to be pulled aside as possible "terrorists" for reading a book? Is it time to demand that the British (and all other "western" governments and their allies) provide for us their lists of FORBIDDEN reading. Should we not know when we look at or purchase a particular book that it is going to place us on some kind of watch list or worse? What are the words we are supposed not to speak, the websites we are not to visit, the people we are not to associate with, the pictures we should not look at - or even worse take ourselves, or have other take pictures of us in certain places?

When these types of events happen, it should send a chill down the back of every citizen (and visitor), for the very foundation of a free and open society has just been taken from us. - rw

“In our age there is no such thing as ‘keeping out of politics.’ All issues are political issues, and politics itself is a mass of lies, evasions, folly, hatred and schizophrenia.” (“George Orwell” – Eric Arthur Blair, 1903-1950.)

The UK it seems, has joined the US in it’s authorities and government developing a collective form of acute paranoia. A mildly deviant act by any petty criminal or a soul with mental health problems is immediately labeled a potential terrorist act before investigations have even begun.

“We are fighting them over there so we don’t have to fight them over here” was the George W. Bush mantra. Anyone with half a brain was commenting after Afghanistan and Iraq that no American or British citizen would be safe anywhere on earth after the devastation their countries had wrought on nations which posed them not the slightest threat – mass murders, some would say genocides, based on illegalities and lies.

Not only have the actions of governments given rise to retaliation in the West, but governments’ own paranoia are threatening their own citizens.

For example in the UK, on 25th July, a situation arose which Orwell surely could not have devised in his gloomiest forbodings.

Faizah Shaheen, a psychotherapist working in the National Health Service in the UK’s northern city of Leeds, returning from her honeymoon in Turkey was apprehended and interrogated by police officers at Doncaster airport, under Schedule 7 of the Terrorism Act, which provides for police detaining without grounds, on suspicion of involvement in criminal activities, including terrorism.

Her crime? Reading a book.

The book in question is “Syria Speaks – Art and Culture from the Frontline” (1): “Syria Speaks is a celebration of a people determined to reclaim their dignity, freedom and self-expression. It showcases the work of over fifty artists and writers who are challenging the culture of violence in Syria. Their literature, poems and songs, cartoons, political posters and photographs document and interpret the momentous changes that have shifted the frame of reality so drastically in Syria.”

Glowing reviews appeared in publications including the Times Literary Supplement, the Independent, Independent on Sunday and the New York Review of Books.

Ms Shaheen was, it seems reported to the security services for travelling whilst being a Muslim and reading a book with “Syria” on the cover, by a Thompson Airways member of staff, who had spotted her carrying the book on her outbound flight two weeks earlier.

Whilst Turkey has been a staging post for wannabe “moderate” head choppers travelling from the UK to Syria it is hardly likely even they would carry a book advertising the fact and anyone who would – especially such a book – simply interested in the culture of part of the “Cradle of Civilization.”

Ironically Shaheen’s work includes working with the young with mental health problems to prevent radicalization. She also has a BA (Hons) in Fine Arts. She said of the incident: “I do question if … it would be different if it was someone who wasn’t Muslim.” Quite.

Her treatment also begs another question, Syria has become the fourteenth majority Muslim country the US has bombed since 1980 – usually enjoined by the UK, so how have Muslims become the suspects and not the victims?

Zaher Omareen, co-author of Syria Speaks told the Guardian: “Judging individuals and even taking measures against them based on their race, their looks, their language, or the printed words they carry is unacceptable and unjustifiable. It was enough to carry a book which includes the word ‘Syria’ in its title for its owner to be under suspicion as a potential terrorist. I would like to remind the people and the government that Syria must not be reduced to the politicised and power-constructed soundbites carrying simplistic messages of violence and horror.” (3)

On Ms Shaheen’s Facebook page, a friend wrote of the reports of the incident: “I cannot believe what I’m reading.

“Faizah is one of the most respectable people I have ever met and a genuinely amazing person. She has supported many campaigns I’ve been on and stood beside me and my friends to challenge racism, Islamaphobia, hate, detention of children and so much more.

“She was in Turkey celebrating her honeymoon when the coup attempt happened and still tried her best to enjoy her first moments with her husband.

“Now to be subjected to this bullshit  … Honestly, words now fail me.”

Faith Shaheen wrote: “The flight services need a better procedure as I am left in tears returning from my honeymoon. I will be making an official complaint as this is simply not acceptable!

“The book in question: ‘A wise, courageous, imaginative, and beautiful response to all that is ugly in human behaviour’ – The ugly human behaviour which I experienced today.” She is quoting multiple Award winning writer, A.L. Kennedy’s review of “Syria Speaks.” Kennedy concludes: “The people shown living, dreaming and speaking here are far more than victims and only silent if we refuse to hear them.”

Will the thought police soon come banging on the door of anyone with a collection of books on the Middle East and majority Muslim countries, owning volumes of the haunting poems of Mahmud Darwish, Samih al-Qasim, Ali Ahmed Said and so many others? Or is it only Muslims who are targeted for their books and their liberty?

It was Ali Ahmed Said who wrote a requiem for the last century, “A Mirror for the Twentieth Century”:

A coffin bearing the face of a boy

Written on the belly of a crow

A wild beast hidden in a flower

Breathing with the lungs of a lunatic:

This is the Twentieth Century.

It seems it is also the Twenty First Century.

It was George Orwell who wrote:

“If you want a vision of the future, imagine a boot stamping on a human face – forever.”