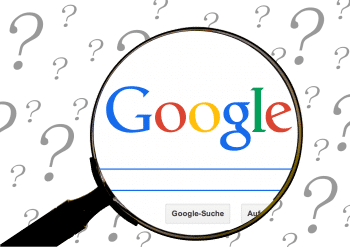 Editor's Note
That a search engine, in a "free" and "open" society is blocking (or redirecting) searches is a chilling piece of news. It was bad enough when we found out that what come up on the front page of a google search could be purchased. Even that, while not surprising in a (monopoly) capitalist society where everything is seen as having a price, might have been acceptable IF google had made it blatantly clear that certain searches had been purchased and therefore took up the front page. Oh yeah, they STILL don't let you know that unless folks can't/won't pay enough to get the "AD" removed. 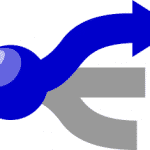 Google has altered its search algorithm to prevent searches for “Clinton body count” from auto-completing, despite the term auto-completing when typed in on virtually any other search engine.

The ‘Clinton body count’ is an infamous list of alleged murders connected to the Clintons.

When a web user searches for “clinton body” on Bing or Yahoo Search, the suggested results all relate to the Clinton body count controversy.

However, search for the same term on Google and “clinton body” only returns suggestions related to auto-repair shops, and nothing to do with the Clinton body count.

While Google may not be outright censoring the information (people can still search for “clinton body count”), the fact that the term does not auto-complete clearly suggests that the company has altered its algorithm to clean up “conspiracy theories” about Hillary.

That’s interesting given New York Times columnist Farhad Manjoo’s demand that Google “fix” its search results by censoring information about Hillary’s ill health so as not to “give quarter to conspiracy theorists”.

In August last year, Politico reported on how “Google could rig the 2016 election” by altering its search algorithms.

“Google’s search algorithm can easily shift the voting preferences of undecided voters by 20 percent or more—up to 80 percent in some demographic groups—with virtually no one knowing they are being manipulated,” wrote Robert Epstein, who conducted experiments to prove it.

Epstein warned that Google can manipulate how people are thinking and influence their voting preference by utilizing the Search Engine Manipulation Effect (SEME), which would include burying negative search terms that relate to Hillary Clinton.

Google adjusts its search engine algorithm 600 times a year, but the process is a closely kept secret. They rely on it being almost impossible to prove favoritism in search results, but it appears in this case the company has been caught red-handed.

ALL IMAGES, CAPTIONS AND PULL QUOTES BY THE EDITORS NOT THE AUTHORS

Is Elon Musk liable to be part of...

The US Outspends Russia 10X On Military, But...

Is Elon Musk liable to be...

If Stalin Equals “Communism, Bad,” Why...