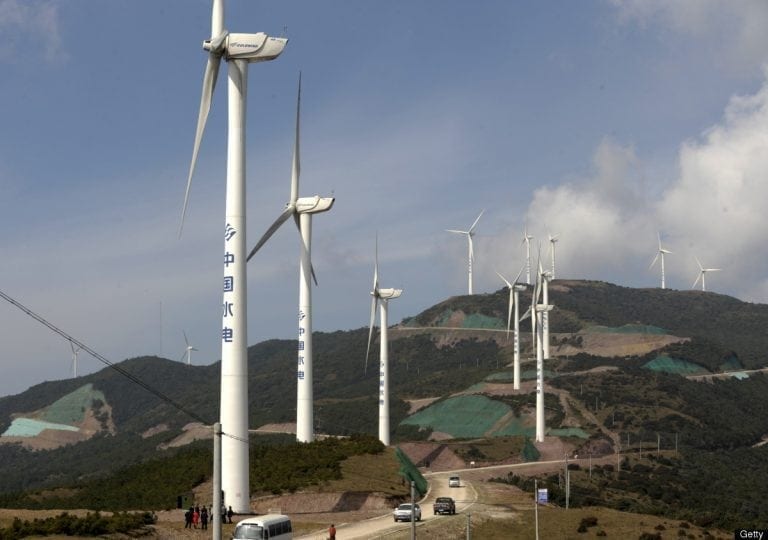 After a long period of dependency on coal and other "dirty" energy sources and environmental neglect, China is now leading the world in alternative energy solutions. China's wind turbines are a key component of her energy equation. Turbine technology and other non-harmful ways of producing energy are also being developed fast.

I am working on a book with the title “THE CLIMATE EMERGENCY: Two time scales”.

A pdf file of a first draft of the book can be freely downloaded from the following link:

I urge you to download this file and to send the link or file to friends who might be interested. Also, if you have a website, please publish it there. Here are some excerpts from the Introduction:

Why is climate change an emergency?

[dropcap]Q[/dropcap]uick change is needed to save the long-term future. The central problem which the world faces in its attempts to avoid catastrophic climate change is a contrast of time scales. In order to save human civilization and the biosphere from the most catastrophic effects of climate change we need to act immediately, Fossil fuels must be left in the ground. Forests must be saved from destruction by beef or palm oil production.

These vitally necessary actions are opposed by powerful economic interests, by powerful fossil fuel corporations desperate to monetize their underground “assets”, and by corrupt politicians receiving money from the beef or palm oil industries.

However, although some disastrous effects climate change are already visible, the worst of these calamities lie in the distant future. Therefor it is difficult to mobilize the political will for quick action. We need to act immediately, because of the danger of passing tipping points beyond which climate change will become irreversible despite human efforts to control it.

Tipping points are associated with feedback loops, such as the albedo effect and the methane hydrate feedback loop. The albedo effect is important in connection with whether the sunlight falling on polar seas is reflected or absorbed. While ice remains, most of the sunlight is reflected, but as areas of sea surface become ice-free, more sunlight is absorbed, leading to rising temperatures and further melting of sea ice, and so on, in a loop.

The methane hydrate feedback loop involves vast quantities of the powerful greenhouse gas methane, frozen in a crystalline form surrounded by water molecules. 10,000 gigatons of methane hydrates are at present locked in Arctic tundra or the continental shelves of the world’s oceans. Although oceans warm very slowly because of thermal inertia, the long-term dangers from the initiation of a methane-hydrate feedback loop are very great. There is a danger that a very large-scale anthropogenic extinction event could be initiated unless immediate steps are taken to drastically reduce the release of greenhouse gases.

Outline of the book

In writing this book, I have tried to gather facts from as many sources as possible to throw light on issues connected with climate change. In his autobiography, Charles Darwin says, “Science consists in arranging facts in such a way that general conclusions may be drawn from them.” I have tried to work in this spirit, the Baconian method. The conclusion to which I believe the facts point is reflected in the title of the book: The Climate Emergency.

As is discussed in Chapter 1, the transition to 100% renewable must take place in about a century because by that time fossil fuels will become too rare and expensive to burn. They will be used instead as starting points for chemical synthesis.

Chapter 1 also points out that although a very quick transition to renewable energy is needed, there is reason for optimism, because an economic tipping point has been passed. Both solar and wind energy are cheaper than energy from fossil fuels, especially if the enormous governmental subsidies to the fossil fuel industries are discounted.

In Chapter 3, we discuss the fact that although the extraction of fossil fuels urgently needs to stop, coal, oil and natural gas are being produced today, almost as though the climate emergency did not exist.

Some of the frightening consequences of a business-as-usual economic trajectory are discussed in Chapter 4. We are in danger of passing tipping points, after which human efforts to prevent catastrophic climate change will become useless because of feedback loops. There is a danger that a human-produced sixth major extinction event will be initiated. It could be comparable to the Permian-Triassic extinction, during which 96% of marine species and 76% of terrestrial vertebrates vanished forever.

The thermal inertia of the oceans contribute to the contrasting timescales mentioned above. One of the reasons why the worst effects of climate change lie in the long-term future is that the oceans warm very slowly, as is discussed in Chapter 5. As the oceans slowly warm there will be sea level rise due to thermal expansion of water, and to this will be added the effects of melting ice at the poles. Rising ocean levels have already affected island nations such as the Maldives, and coral reefs are already dying.

Deforestation is one of the main causes of climate change, as is discussed in Chapter 6. It is second only to the emission of CO2. In Indonesia, rainforests are deliberately burned, with the cooperation of corrupt politicians, to clear land for palm oil plantations. Rainforests of South America are also illegally burned, in this case for the sake of soy bean plantations and cattle ranches. In both cases, loss of habitat accelerates the extinction of threatened species.

In Chapter 7, we look at the effects of climate change and the end of the fossil fuel era on the world’s ability to feed its rapidly growing population. One can predict that these factors will combine to produce an extremely large-scale famine by the middle of the 21st century if steps are not taken to prevent it. We are already experiencing a crisis from refugees fleeing from famine, rising temperatures, drought and conflicts, as is discussed in Chapter 8.

From the facts presented in these chapters, we must conclude that the world is facing a serious emergency, just as though a universally deadly disease pandemic had broken out. We need to recognize the emergency and act accordingly.

There is reason for optimism because of the economic tipping point mentioned in Chapter 1. Renewables are now cheaper than fossil fuels. With the help of renewable-friendly governmental policies, the transition that we so urgently need can be driven by economic forces alone.

Now please read the book, or at least examine it with the seriousness and care it deserves. So much depends on it. 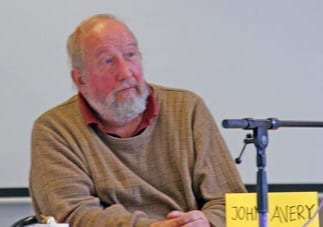 John Scales Avery (born in 1933 in Lebanon to American parents) is a theoretical chemist noted for his research publications in quantum chemistry, thermodynamics, evolution, and history of science. Since the early 1990s, Avery has been an active World peace activist. During these years, he was part of a group associated with the Pugwash Conferences on Science and World Affairs. In 1995, this group received the Nobel Peace Prize for their efforts. Presently, he is an Associate Professor in quantum chemistry at the University of Copenhagen. His 2003 book Information Theory and Evolution set forth the view that the phenomenon of life, including its origin and evolution, that including human cultural evolution, has it background situated over thermodynamics, statistical mechanics, and information theory.
JOHN SCALES AVERY—Quick change is needed to save the long-term future. The central problem which the world faces in its attempts to avoid catastrophic climate change is a contrast of time scales. In order to save human civilization and the biosphere from the most catastrophic effects of climate change we need to act immediately, Fossil fuels must be left in the ground. Forests must be saved from destruction by beef or palm oil production. These vitally necessary actions are opposed by powerful economic interests, by powerful fossil fuel corporations desperate to monetize their underground “assets”, and by corrupt politicians receiving money from the beef or palm oil industries.

Megadeaths From America – Yemen Is the Worst Case Among Many

Phenomenal article! The book should be required reading for any human with a pulse. “Unchanged life-styles are not an option. Business as usual is not an option. Inaction is not an option. Public education is needed. Votes for environmentally friendly politicians are needed. A carbon tax is needed. Subsidies to fossil fuel giants must stop. Extraction of fossil fuels must stop. Renewable energy infrastructure must quickly be constructed. Renewable energy infrastructure represents an unprecedented investment opportunity.” Yes, to all. But there will be no progress in the U.S. on any of this under the current regime. And I don’t mean… Read more »

analysis from more than 150 years ago clearly warned that adoption of capitalist methods of production would lead to the destruction of nature in all its forms, obviously including humanity..this has led to the present situation, and, in accordance with economic dictates, the creation of what has become a brand name marketplace product called “climate change”..continued reliance on private profit making as somehow solving the massive problem(s) it has created is hardly a proposed solution to humanity’s problem..whether the profit seeking is done by supposed evil and greedy types or alleged visionaries, as elon musk is depicted in this work,… Read more »