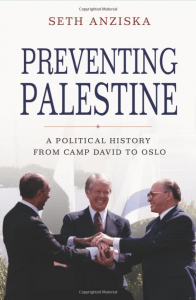 In all my recent readings of history and current events, Preventing Palestine stands out as being one of the best written - if not the best - and one of the most essential for understanding the overall historical process of Israeli settlements in the occupied territories of Palestine.  Given the nature of the book, it also hints at the gradual process through which all of Mandatory Palestine west of the Jordan River gave way to the acceptance of only a partial space - the West Bank and Gaza - within the overall colonial-settler area of Israel, as a region for a Palestinian state.   Its general focus however is the political process beginning with Jimmy Carter to find a solution to the stalemate between the Arab countries and Israel, including a settlement of the Palestinian position, after the Yom Kippur war of 1973.

The result was a highly watered down  document - the Camp David Accords - providing Anwar Sadat of Egypt with his original territory, peace with Israel, and the usual billions of dollars from the U.S.  Palestine and the other Arab states were not included in the deal with Palestine receiving the first in a series of many talking points but no commitments or action towards an actual sovereign entity.

Among the many players, Sadat is criticized for his lack of concern for the Palestinian cause.  Carter’s National Security Advisor Zbigniew Brzezinski appears as making an honest effort to find a regional settlement, partly from concerns of the era about the Soviet Union’s strength in the region.  Arafat obviously plays a significant role, in this era through the expulsion of the PLO from Jordan then Lebanon (with the chapter on Lebanon being one of the clearest presentations of that nasty little war) and the lead up to the Oslo Accords.  The main player is Israel’s Menachem Begin who persevered with the single most important element of the talks - a denial of any sovereign rights to the Palestinians - at most offering them “individual autonomy” with respect to civil law, but no sovereign or state entity was ever proffered.

Political history can be boring, but author Set Anziska has obviously done a tremendous amount of work researching the material and making it come to life.  He achieves this through access to newly released unredacted archival material within Israel, a long list of secondary reading sources, unpublished manuscripts, and many personal interviews.  From this is crafted an interesting and detailed read reflecting much of the personalities of the characters involved and the processes they undertook in an attempt to reach their goals.  The format of Preventing Palestine is one of the finest I can remember for a political history, with strong topical presentations, well presented story lines, and very strong summaries of each chapter leading to the next sections topic.

The strongest idea reiterated over and over - until Begin finally had his way - is that of not giving any land up for a sovereign Palestinian state.  It starts with “100 years ago  Palestine was mostly empty....There was no such thing as an Arab-Palestine that existed for 1300 years before we came.”  It continues on through “We will not negotiate over a Palestinian state,” with Anziska summarizing, “Israeli  leaders were in fact proffering comprehensive negotiations as a means to maintain indefinite political sovereignty over the territories.”  Those ideas continue on throughout the work, with the final clear summary,

“In continuing with the post 1967 “decision not to decide” on the fate of the territories and deferring substantive negotiations over the Palestinian question in an autonomy process explicitly designed to prevent sovereignty, Camp David actually enabled the triumph of an Israeli vision intent on suppressing the demand for self-determination.  This highly consequential strategy was a defining feature of Begin’s statecraft, often lost in the broader picture of the peace treaty with Egypt….autonomy for the local inhabitants of the occupied territories was diluted to a point where it signaled indefinite Israeli control of the territories rather than a means to eventual self government.”

In short, the two state solution has not died, it was stillborn, with the Oslo Accords essentially extending Begin’s denial of sovereignty and statehood into the indefinite future.

Preventing Palestine is an excellent read, and an essential one for a much more clear understanding of the current Palestinian situation. 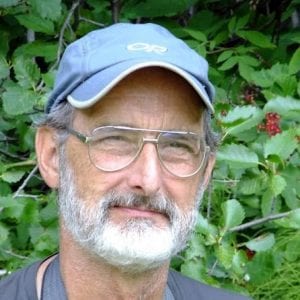 JIM MILES, Distinguished Collaborator • Jim Miles is a Canadian educator living in British Columbia. He writes regularly about the Middle East and its militarization and economic subjugation. His concerns include the commodification of the world by corporate governance and the American government. He writes book reviews and opinion pieces which are published here, as well as in The Palestine Chronicle and Foreign Policy Journal. His work is widely distributed across the Internet.”
RevisShielded: 0
All comments subject to anti-hacking filters.
0
FacebookTwitterPinterestRedditEmail
previous post

You Can Have Peace Or The US Empire....

BEIRUT PORT ATTACK – MY REBUTTAL TO ALL...

The End Of The Hariri Trial

Rain Of Rockets Hits US Forces In Iraq....

Anti-semitism is for fools and bigots, anti-Zionism is...