July 12, 2019 9 minutes read
Please make sure these dispatches reach as many readers as possible. Share with kin, friends and workmates and ask them to do likewise.

Besieged Macron Regime Passing Legislation to Ban Free Speech on Social Media
Speaking from a rightwing perspective, the author presents a scathing picture of what he sees as neoliberal political correctness gone wild, compounded by enldess pandering to Israel. 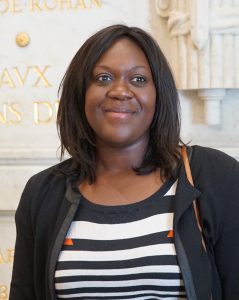 Laetitia Avia: The new face of the libertidical “French” “Republic”

[dropcap]D[/dropcap]espite a moderate economic recovery, President Emmanuel Macron’s government continues to flounder in unpopularity. A recent poll found only 1 in 4 people had a positive view of the French president and his government, while 66% had an outright negative view. Every regime under siege has a choice: improve its performance and unify the country or . . . crack down on critical opposition. The Macron regime has decidedly opted for the latter, proposing yet another law to destroy that pesky last bastion of free speech in France: the Internet.

The person charged with drafting this new legislation is Laetitia Avia, an MP of Togolese descent, with the support of Parliamentary Undersecretary for Digital Economy Cédric O [sic], a Franco-Korean. The law will require social media platforms like Facebook, Twitter, and YouTube to provide “a single alert button, common to all big platform operators” for users to report “cyber-hate” (presumably more visible and uniform than what exists already).

More seriously, tech companies will be liable to massive fines if they do not immediately remove content which might be considered “hateful.” If a platform does not remove such content within 24 hours of notification, it could be fined by the French High Council for Audiovisual (Conseil supérieur de l’audiovisuel) to the tune of 4% of their global annual turnover. For Twitter for example, this would mean fines of up to a whopping $120 billion. Social media are also expected by the French government to artificially suppress the diffusion of hateful content, by limiting their “virality.”

As more and more foreign, non-white faces turn up representing the French, many indigenous French are beginning to listen to nationalist voices. Neoliberal hypocrisy and its enforced PC are opening the door to a fierce explosion of nativism, and this is something now boiling across Europe. —Eds.

This renewed push for censorship comes at a time when anti-Zionist critics like the civic nationalist Alain Soral and the comedian Dieudonné are being threatened with years of imprisonment under existing censorship legislation.

Avia defines “cyber-hate” as “any content that is manifestly an incitement to hatred or a discriminatory insult on grounds of race, religion, sex, sexual orientation, or disability.” But free speech watchdogs have already pointed out that French law is notoriously vague as to what constitutes “hate.” Judges have had to improvise the concept as we have gone along. The combination of the scale of the fine and the swiftness of expected response may mean a devastating chilling effect against free speech: tech operators will have a massive incentive to auto-ban any and all content which might conceivably be considered “hateful” by a CSA bureaucrat or some litigious ethnic lobby. Needless to say, much legitimate content would also be banned. 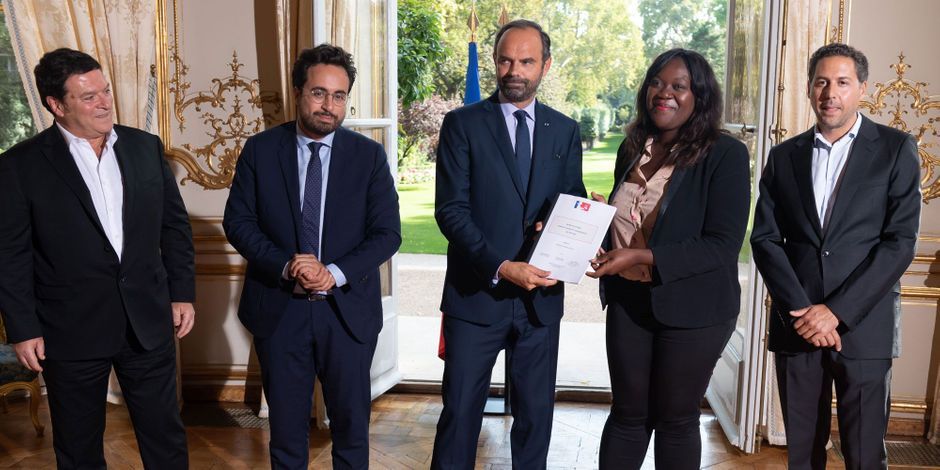 À propos of litigious ethnic lobbies hostile to the interests of the indigenous people of France: Avia indicates that the Macron regime prescribed two partners to co-draft the legislation with, Karim Amellal and Gil Taïeb. Karim Amellal is the son of an Algerian high civil servant who moved to France during the 1990s civil war between Islamists and the military in his country, who has become a writer specializing in diversity activism lecturing the indigenous French population on how racist they are. That is the reward the French get for being generous enough to welcoming Amellal into their country.

Gil Taïeb, hailing from Tunisia, for his part is the vice president of the Representative Council of Jewish Institutions of France (CRIF), the country’s notoriously powerful, liberticidal, and well-connected Jewish-Zionist activist organization. Taïeb has reason to be pleased: even as this new law is being passed to crack down, notably, on native French ethno-nationalists, the Macron regime is also moving to criminalize anti-Zionism. The CRIF’s dream is being realized: support for Jewish ethno-nationalism and opposition to French ethno-nationalism will soon be the only authorized opinions on these issues expressible in the “French” “Republic.”

The law is also being supported by the slug-like Franco-Israeli member of parliament Meyer Habib, who far from being troubled by accusations of ‘dual loyalty,’ has always made clear that his engagement in French politics is first of all in service of his homeland of Israel. Habib recently demanded in the National Assembly that Avia’s liberticidal legislation be expanded further to cover historical revisionism as well, emotionally recalling how “as a young Zionist activist” he had received the following message from Robert Faurisson: “For this thug [nervi de choc] who in my own country is treating me like a Palestinian.” Apparently, decades later, Habib remains deeply triggered by this experience of a gentile who dares to speak up for himself. 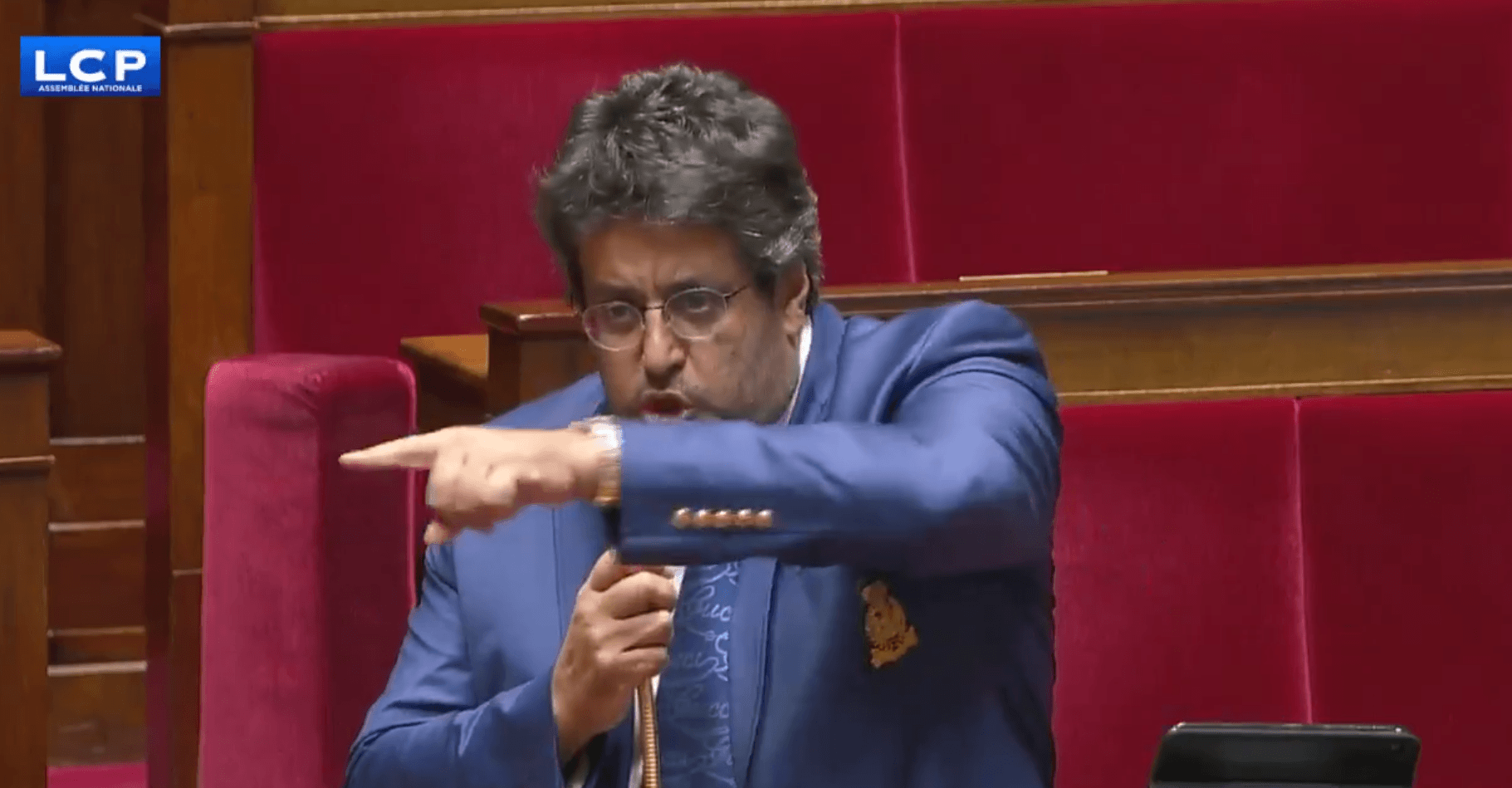 Meyer Habib in Parliament, demanding gentiles be prosecuted for their thoughts. Like many politicians in the US the man is essentially an Israeli agent doing Israel's bidding.

Avia tells us that her proposal is driven by her own personal story:

If I have made this draft law proposal, it is because I have myself encountered this phenomenon: a wave of racist messages that I have received on social media. This law of course aims to go beyond my personal case. There is an increase in hateful content on the Internet, on social media. An increase of 30% since last year. The report by SOS Homophobia tells us that 66% of homophobic attacks [sic] take place online.

I am always struck by our official victimocratic regime’s infatuation with meaningless figures to justify its tyrannical measures, a habit that goes back at least seven or eight decades. She adds that she hopes that schoolchildren will be taught about her ‘anti-hate’ alarm button, presumably to encourage snitches and intimidate free-thinking teenagers. In France, the video game forum jeuxvideo.com saw the emergence of a whole generation of identitarian activists, race-realists, and Internet trolls – roughly the equivalent of 4chan – for only such a venue provided young men with a genuinely free space to think for themselves, rather than the tyrannical matriarchy of official schooling and HR departments of the totalitarian Nanny State.

Anyway, this whole law provides a revealing snapshot of the coalition which is ruling over the West and under whose leadership our nations are dissolving: globalist deracinated whites tied to big business (Macron), resentful and/or fearful token people of color (Avia, Amellal), and Jewish elites (Taïeb). Avia also closely collaborated with Twitter over the past 18 months and Mark Zuckerberg himself went to meet Macron at the Élysée Palace recently, the top issue of course being “cyber-hate.”

All this begs the question however: Why do the French not rule themselves? Why don’t the rulers of France rule to promote the interests and freedoms of the French? What would happen if the indigenous French majority were to awaken? I suggest that the Macron regime and its collaborators are playing a dangerous game.

Personally, I don’t see a compelling need for censorship on this issue. If you don’t like what someone else is saying on social media, just block them. This is why Facebook and Twitter allow you to mute and/or block people whose thought processes you don’t want polluting your existence online.

Avia makes a valid point: “What is not tolerated in the street or in the public square should not be tolerated on the Internet either.” Jared Taylor has made this argument in his legal case against Twitter for shutting down his account, arguing that America’s famously powerful protection of free speech should also extend to Twitter, as effectively a part of the public square. This highlights the great difference between America and the rest of the world, including Europe, on free speech.

In short, there is no tradition of free speech in France, all the waxing lyrical about “freedom” and “the nation of Voltaire” notwithstanding. The Declaration of 1789 is actually strikingly ambiguous, to not say incoherent, on the matter: citizens must not be troubled for their opinions and censorship must be organized by law. In practice, the French State can censor whatever it damn well pleases, so long as there is a majority in the National Assembly to vote the necessary legislation. The judges and bureaucrats will always go along with whatever the politicians have cooked up.

The ‘statal’ tradition is much stronger in Europe than in the United States of America. This means that the globalist regimes here are much more forceful in their persecution of nationalists and identitarians than on the other side of the Atlantic. However, globalists should be careful, this also means that things might flip with disconcerting speed.

Opinions expressed in our opeds are not necessarily those of the editors. We publish a wide variety of views because in times of crisis only a vigorous and open debate can offer the possibility of a solution.
This essay is part of a series on cultural, scientific and esoteric matters.

ABOUT THE AUTHOR
George Durocher, a man of the right, is a blogger and translator.  His materials have appeared on Unz Review, Counter-Currents, and other political blogs.

Spying for Israel Is Consequence Free

Iran Should Never Trust a US Promise Again…nor should anybody else!

Can the Big Lie Save the Sinking Western...

Russian news-media are more honest than...