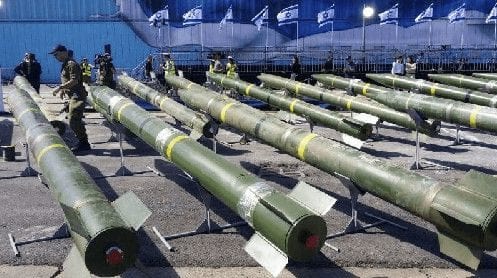 [A] winner of the Israel Defense Prize, Dr. Moti Shefer, has said that Israel is inserting “virtual” incoming Hamas rockets into operators’ radar screens in order to claim higher than warranted success rates.

Dr. Shefer, who does work in exotic areas of defense and holds a PhD in Aeronautical Engineering from Stanford, said in an interview on Israel’s Radio 103 last a week:

“We’re shooting at ourselves, mainly virtually. The virtual rocket was invented in order to increase the vagueness surrounding Iron Dome. Assume that a real rocket arrives. What does the command and control system do? It creates nine more virtual rockets, and transmits their paths on computer graphics to the rocket launcher operators. The launcher operators see 10 rockets and launch 10 Iron Dome interceptors. People hear 10 booms, one rocket enters, and you get a 90% success rate.””

“There is no missile in the world today able to intercept missiles or rockets. Iron Dome is a sound and light show that is intercepting only Israeli public opinion, and itself, of course. Actually, all the explosions you see in the sky are self explosions. No Iron Dome missile has ever collided with a single rocket…”

The death toll in Gaza today reached 194 Palestinians killed. One Israeli civilian has been killed by the rocket attacks, in an attack near the Gaza border. The Palestinian Health Ministry says that half of the dead and wounded are women and children. Gaza has one of the youngest demographics in the world, with 45% of the population being under the age of 14.

Dr. Shefer’s comments came as Israel claims that Hamas now has the capacity to build long-range, unguided rockets with ranges of up to 60 miles, capable of reaching Tel Aviv and Jerusalem.

“Palestinian Hamas fighters once tried in vain to copy Israel’s iconic submachine gun, the Uzi. Twenty years on, their homemade rockets streak more than 100 km (60 miles) from Gaza toward the northern Israeli city of Haifa.”

Such rockets are about 20 feet long, weigh tons, and require complex, precision parts such as gyroscopes and accelerometers to maintain flight stability. In unguided, long-range projectiles, onboard, microprocessor-level electronics are required to transmit flight corrections to control surfaces, such as fins, in millisecond realtime.

Building hundreds of such rockets would also require many highly skilled machinists and technicians operating, and maintaining, heavy, expensive machine tools, and thousands of hours of testing, including test launches.

Hamas in Gaza has been under severe naval, air, and land blockade since 2007. Israel says hundreds of long-range rockets are being launched from Gaza at Tel Aviv and Jerusalem.

The missile attacks attributed to Hamas on these cities would require such massive, complex rockets. Tel Aviv is about 50 miles from Gaza.

With Gaza hemmed in by Israel on all sides except a ten-mile stretch of border with Egypt, it is unlikely that this volume of long-range rockets could be smuggled into Gaza. A US intelligence official said of one of the long-range rockets which Israel says Hamas possesses, the 18-foot, Syrian-made M-302:

“You look at those things and it’s obvious they couldn’t have been slipped into Gaza,”

The official added that the M-302 was not given to disassembly into smaller pieces.

The territory of Gaza is 139 square miles, about the size of the city of Boston. It is covered by among the heaviest aerial and satellite surveillance in the world. It has been under continuous air, land, and sea blockade since 2007. Residents have long complained that medicines and vital supplies have not been allowed in. 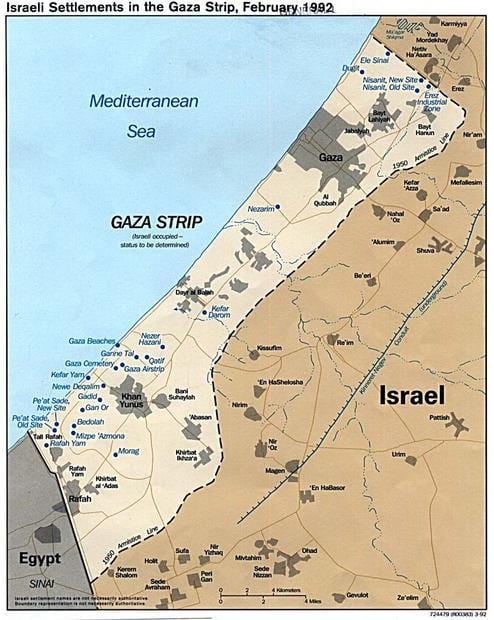 Egypt destroyed the tunnels between it and Gaza in 2007, when Hamas took power. The M-302 has a weight of a little over a half-ton.

The large missiles required to traverse the roughly 50 miles between Gaza and Tel Aviv, and Jerusalem, require specialized launch vehicles which are large and slow-moving. Photos released by Israeli press officials show Hamas fighters with rockets about the height of a man, on metal rods staked into the earth.

The Gaza death toll this week included four boys who were killed when Israeli warships shelled a Gaza beach. Half of dead in Gaza airstrikes are women and children.

Putin, Ukraine and the Future of Europe

First of Its Kind Map Reveals Extent of Ocean Plastic