Home ABOMINATIONS IN THE NAME OF PRIVATIZATION

IN THE NAME OF PRIVATIZATION 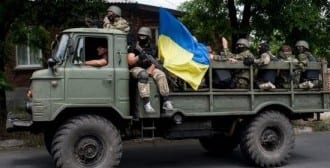 [O]ligarchs* will have to answer for the country’s monstrous robbery – but each of us is now responsible for the future of its people. If Ukrainians continue to allow themselves to be driven to the slaughterhouse for continued privatization and the profits of oligarchs, the country’s disintegration is…assured
Тегі матеріалу: україна, війна, срср-ex, киричук
“I love you, Ukraine!” Such an inscription was made by young recruits on artillery shells fired at the city of Donbass. Young, healthy, patriotic boys from villages and poorer urban families were told that they were fighting for Ukraine, for their own future. They sincerely believe that there are “terrorists” and “separatists” in those places where their shells fall, but certainly not Ukrainian citizens like themselves. 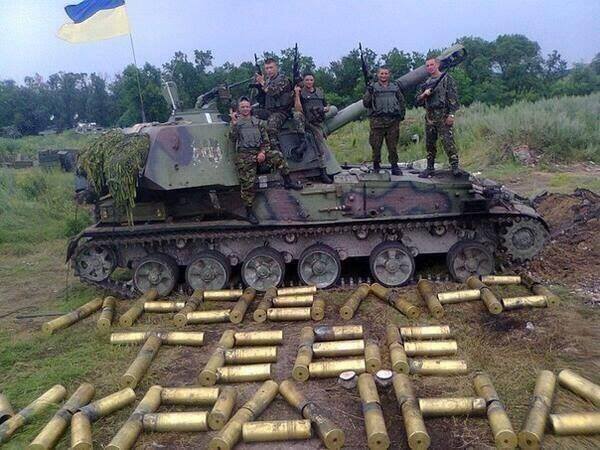 However, the ardent patriotism of youth is not shared by the mothers who await them at home. The TV news showed a report about 112 mothers of conscripts who picketed near the Presidential Administration in Kiev. The entire report only lasted thirty seconds – to present such things for longer is dangerous. But in this short time, one of the women could ask the question, which reflects the essence of the current situation of those enslaved by the rich militarists of Ukraine: “Those mines and factories and rivers were all privatized. And we need to put our heads on the line. For what? They stole billions; let them invest their billions, hire their own people and let them fight!”

These people, who yesterday certainly voted for right-wing nationalist parties and presidential candidates, begin to understand the class nature of the Civil War. “Or let they better send their own children there to fight,” concludes the soldier’s mother, referring directly to the rich.

Indeed, young, educated, well-dressed people – the children of the bourgeoisie and Ukrainian officials – are in no hurry to join the ranks of the armed forces. Damir Akhmetov [son of the richest Ukrainian oligarch Rinat Akhmetov], recently became famous in social networking, when he published a photo of his new luxury car and managed to boast that he has achieved everything in his life by himself. Perhaps the young man would serve his homeland by killing his fellow countrymen, but at the moment he is too busy with meetings of the board of directors of his father’s company. The son of the incumbent president, Alexei Poroshenko, is also in no hurry to join the army – despite his young age, he has already worked in important positions in the Ukrainian Embassy in China. It is worth noting that the diplomatic career of the giddy heir to the “chocolate king” began during the reign of dictator Yanukovich. However, Alexei Poroshenko now finds more interesting activities than military service.

To enumerate the wealthy heirs who evade execution duty for the Motherland would take a long time: The children of ministers and MPs promoting the ATO [“Anti-terrorist operation”] not only spend time in the best resorts in the world, but do not hesitate to publish their photos on social networks. The insolent, smug “gilded youth” flaunt their purchases and travel, while their fellow citizens are dying for the profits of their parents. The country has blossomed with unprecedented corruption. Millions were collected from naive fellow citizens to pay the army; millions were allocated to its budget; the amount spent on the military far exceeds what is needed to provide for the soldiers – but most still do not have the basic necessities.

Kiev officials and dodgy businessmen dream of this war lasting forever – for them, supplying arms, equipment, fuel and food to the army has turned into a fantastically profitable business. More and more people, who the politicians condescendingly call “plain folks,” begin to intuitively understand the magnitude of lies that the ruling class feeds them. But Ukrainian rulers are not going to stop. Prime Minister Yatsenyuk announced the start of the most ambitious privatization of the past 20 years, and while thousands of young proletarians and peasants kill at the front in the name of national unity, the oligarchs divide the country, enjoying and absorbing the most delicious pieces of our homeland.

Of course, the oligarchs will have to answer for the country’s monstrous robbery – but each of us is now responsible for the future of its people. If Ukrainians continue to allow themselves to be driven to the slaughterhouse for continued privatization and the profits of oligarchs, the country’s disintegration is inevitable. Residents of the western regions and Kiev have to understand that this is not a war against Donbass – it is a war of the oligarchs against whole country.

* Oligarch is the term used in Eastern Europe, and especially in the nations comprising the former Soviet Union, for what we simply call billionaires in the West.

What Happened to the Malaysian Airliner?

Blood, Treasure and Soul – The Exorbitant Price of American Empire