On June 14th, Human Rights Watch headlined “Danger From US White Phosphorous”, and linked to far more evidence of America’s firebombings in Syria and Iraq, than had ever been presented regarding the alleged-by-America April 4th sarin gas event that allegedly resulted in Syria from one of Assad’s bombs on that day having hit a ‘rebel’ warehouse that might have had sarin in it — a mistake if it had even happened as America charged it happened. America then on April 7th missile-bombed in ‘retaliation’ one of Assad’s military airports, a supposed ‘punishment’, which was praised by U.S. ’news’media for that additional U.S. invasion of Syria’s sovereign territory, where the U.S. is an occupier and an enemy-invader instead of any legal participant in the war there. (Russia and Syria urged an independent investigation to determine what had actually happened on April 4th; it was “blocked by Western delegations without any explanations.”)

Will Assad (or Russia, perhaps) now respond as Trump did: bomb one of America’s military airports, in order to retaliate against what can only be called this additional illegal invasion of Syria by the U.S. and by its jihadist allies (the foreign jihadists who had been brought in by the Sauds, Qataris, and America’s other allies trying to overthrow Syria’s government), and now by America’s firebombings there?

Why not? Is it because Syria’s government isn't as barbaric, nor as hypocritical, as is America’s government (which constantly condems Assad as ‘brutal’, for less)?

Usage by America of white phosphorous firebombs, and even of carcinogenic depleted uranium munitions, against populated areas, is almost routine. As I had documented on 3 February 2015, "Brookings Wants More Villages Firebombed In Ukraine’s ‘Anti Terrorist Operation’”, the Brookings Institution had wanted the Obama Administration to increase military assistance to the racist-fascist regime that the Obama Administration had imposed upon Ukrainians in the wake of the Obama regime’s February 2014 coup overthrowing the democratically elected Ukrainian President for whom 90% of the residents in this far-eastern part of Ukarine had voted — firebombed them in order to get rid of the people there, who had voted 90% for the man whom Obama’s people had overthrown. And Brookings wanted even more of them firebomed to death by the U.S.-installed fascist regime’s white phosphorous bombs.

But, this time, it’s America’s own firebombing (and depleted-uranium bombing) of Raqqa, and of Mosul — not by a U.S.-installed Ukrainian junta — and also not the merely alleged usage, by the Syrian government, of sarin; but the U.S. even admits to having done it. However, unlike the alleged sarin attack, these firebombings and nuclear contaminations by the U.S., in both Iraq and Syria, receive very little attention in the Western press.

Here’s a video of that firebombing in Mosul Iraq on June 3rd:

The other examples are in Raqqa Syria. Here’s one of the Syria videos from June 8th:

Here’s another, the next day:

And then another video later during that June 9th firebombing-series:

And that last video also shows repeat firebombings by the U.S. there, and also some close-ups of the raging fires that night there:

But, is the U.S., this time, condemning the usage of illegal weapons, and at the same time prohibiting any independent analysis of the video evidence there, such as happened when the U.S. was accusing Bashar al-Assad of using “barrel-bombs” and ‘sarin’? No. Instead, the U.S. is simply prohibiting any follow-up investigation at all of the evidence, even though the U.S. itself presumably (once ISIS is completely defeated there) will be able to control the area and to allow in investigators to examine what remains after those fires, and to have independent investigators determine whom is responsible for these firebombings — which the U.S. government would be roundly condemning if only the white-phosphous bombing had been perpetrated by the sovereign government there, instead of by the invading American government.

When America invades and commits war-crimes, it’s supposed to be ‘okay’. 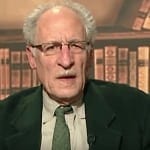 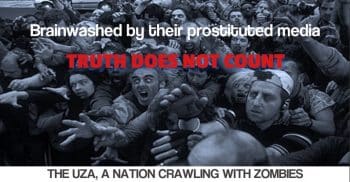 Will Assad (or Russia, perhaps) now respond as Trump did: bomb one of America’s military airports, in order to retaliate against what can only be called this additional illegal invasion of Syria by the U.S. and by its jihadist allies (the foreign jihadists who had been brought in by the Sauds, Qataris, and America’s other allies trying to overthrow Syria’s government), and now by America’s firebombings there?

Comparing ‘coups’: Macron’s is one, Maduro’s is not