The New York Times and the Obama health care plan 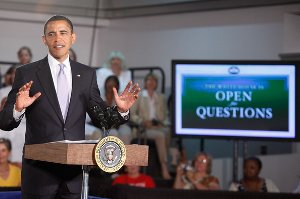 As the representatives of what passes for the liberal establishment in the United States, the New York Times has played a key role in promoting Obama’s health care agenda and characterizing it as a progressive reform. In fact, the Times represents those privileged sections of the ruling elite who stand to profit most from its cost-cutting features and the gutting of health care for ordinary Americans. 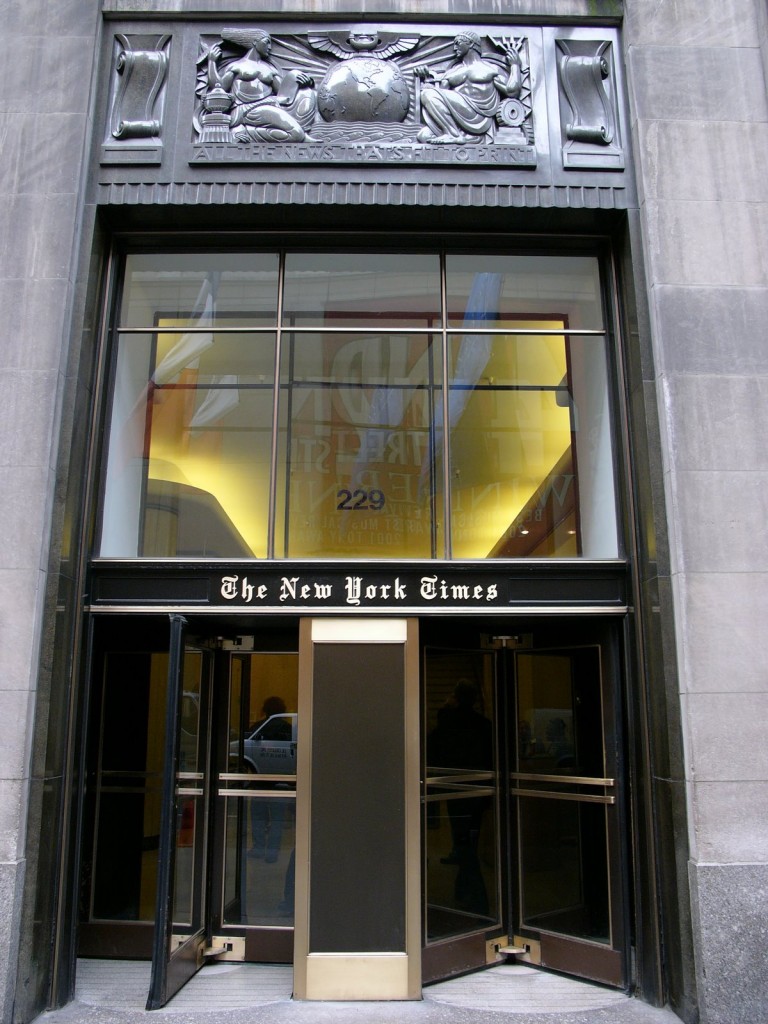 The New York Times weighed in predictably on Monday with praise for passage of the Obama health care plan. The editorial appearing the morning after the US House vote—titled “Health Care Reform, at Last”—caps a yearlong campaign by the newspaper to promote the legislation.

In keeping with that effort, the piece gushes, “Barack Obama put his presidency on the line for an accomplishment of historic proportions.” The newspaper’s editors argue that the legislation is “a triumph for countless Americans who have been victimized or neglected by their dysfunctional health care system.”

The piece provides misinformation and half-truths about what is actually contained in the bill in a cynical attempt to portray it as a monumental reform crafted with the interests of working families in mind. The analysis is deliberately vague on details, while making sweeping generalizations as to the expected impact of the legislation.

As the representatives of what passes for the liberal establishment in the United States, the New York Times has played a key role in promoting Obama’s health care agenda and characterizing it as a progressive reform. In fact, the Times represents those privileged sections of the ruling elite who stand to profit most from its cost-cutting features and the gutting of health care for ordinary Americans.

In this latest piece lauding passage of the bill, they take their cue from Barack Obama, who stated Sunday night that the legislation represents “another stone firmly laid in the foundation of the American Dream.” The Times argues dramatically, “Over time the reforms could bring about sweeping changes in the way medical care is delivered and paid for. They could ultimately rival Social Security and Medicare in historic importance.”

When the editorial begins to break down the features of the plan, however, even on the basis of the Times’ timeworn brand of convoluted reasoning, it is apparent that the bill has nothing in common with these genuine pieces of reform legislation. While significant tangible benefits were gained through these federally funded programs, the new health care legislation will cut government spending and reduce care and services for the vast majority of Americans.

Social Security and Medicare were wrested from the ruling establishment as a result of great social struggles on the part of working men and women. But the Obama health care plan is being imposed from above by that very ruling elite, with no input from the American people. Its features bear no relation to genuine reform, but in fact comprise a retrograde package of cutbacks and rationing that will serve to boost the profits of the health care industry.

The Times hails the plan for providing what it describes as “near-universal coverage.” After noting that the “United States is the only advanced industrial nation that does not provide or guarantee health care coverage for virtually all of its citizens,” they intone, “It is a moral obligation to end this indefensible neglect of hard-working Americans.”

The reality is that the bill has nothing in common with universal health care, something Obama pledged to fight for in his presidential bid. An estimated 23 million people will be left uninsured by 2019, including about a third who are undocumented immigrants and barred from coverage.

About 16 million of those newly insured will be dumped into the cash-starved Medicaid program. Another 24 million will obtain coverage through purchasing it on the insurance “exchanges.” These exchanges will not include even a fig leaf of reform in the shape of a public option, a feature ditched long ago by Obama in a backroom deal with the private insurance companies. As the president was at pains to emphasize last night, the bill “is not the government-run system some feared.”

Under the subheading “Insurance Reforms,” the editorial asserts, “The legislation would rein in many of the insurance industry’s worst practices.” The practices listed include rejecting applicants for pre-existing conditions, dropping sick people from coverage, and capping annual or lifetime benefits.

The Times then notes that reform of these insurance practices “cannot be achieved unless nearly all Americans are required to have coverage, so the costs can be spread among the healthy and the sick.” Precisely. This patient mandate will require individuals and families to purchase insurance or pay a penalty, funneling billions of dollars into the insurance industry’s coffers, in effect forcing the insured to finance the insurers’ reform of their own “worst practices.”

It is notable that the editorial fails to mention that the Health Insurance Rate Authority—a proposal floated by Obama before his bipartisan health care summit as a potential brake on skyrocketing premiums—has been eliminated from the bill. While the Times suggests that the plan will stop insurers from charging “exorbitant rates,” it provides no evidence of any mechanism in the bill that would actually do this because none exists. 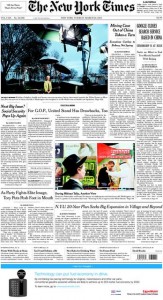 The section of the editorial titled “A Start at Cost Control” gets down to the real meat of why the Times has been a consistent cheerleader of the Obama health care overhaul. It concerns the proposed tax on so-called Cadillac insurance plans, and is valuable to quote at some length:

“The legislation will impose an excise tax in 2018 designed to drive employers and their workers away from the highest-cost insurance policies, which typically provide generous benefits at little out-of-pocket cost to the workers. Health economists consider the excise tax a very strong cost-control measure, because if workers have to pay more of the cost themselves, they and their doctors are apt to think more carefully about whether a test or procedure is really needed” (emphasis added).

In other words, millions of workers, including a large number of unionized workers who receive insurance under company-sponsored plans, will see their benefits cut and the out-of-pocket expenses increased. In the drive to cut corporate costs, a crackdown is to be initiated against plans that provide such “generous benefits” and that encourage people to seek “unnecessary” tests and procedures.

The editorial then goes on to allude vaguely to a major cost-cutting component of the Obama plan, which the newspaper endorses, noting, “The reform measure will establish an independent board to push approaches that work into widespread use in Medicare and ultimately, by force of example, the private sector.”

The board to which they so favorably refer is the “Independent Payment Advisory Board,” an unelected body of presidential appointees that will wield sweeping powers to reduce costs and services and rewrite Medicare regulations. Changes proposed by this panel can only be overruled by a super-majority vote in Congress.

While chiding Republican leaders “who see opportunities to gain seats in the elections,” the Times makes no analysis of why the Republicans hope to make political gain by opposing legislation that supposedly benefits the majority of the population. In fact, the Republicans are seeking to capitalize on growing opposition to the plan among significant sections of the population who rightly view the legislation with mistrust, a skepticism that is bound to grow as the real implications of the bill become clearer in the coming period.

The Times, which claims to be a staunch defender of abortion rights, also fails to mention the wretched deal reached with the most right-wing sections of the Democratic Party in the final push to get the votes needed in the House to pass the legislation. Despite the already severe restrictions in the bill placed on the legally protected right to abortion, Obama agreed to sign a last-minute executive order confirming that no federal funds would be used for abortions under the terms of the legislation.

While the editorial characterizes the health care legislation as a triumph for “hard-working Americans” that will have the effect of reining in the “worst practices” of the insurance companies, another take on the situation was provided in the paper’s Business section.

An article headlined, “In Health Care Reform, Boons for Hospitals and Drug Makers,” explains that the plan would result in “millions more Americans buying private health insurance” who would be “better able to pay for their hospital stays, doctor’s visits, prescription drugs and medical devices.”

Drug makers, the article notes, “have the most clear reason to celebrate the legislation … they can look forward to tens of billions of dollars in additional revenue as more people with insurance visit doctors and fill prescriptions.”

Fake Generals and Fake News From the Ukraine