FIRST IN OUR CRITICAL COMMUNICATIONS SERIES—

” How can a democratic discourse exist in a corporate owned informational system? Who, for example, possesses freedom of speech in such a society?”

THAT’S A QUESTION MORE PEOPLE SHOULD ASK IN THE UNITED STATES BUT WHICH FEW DO, INCLUDING IN ACADEMIA.  It’s also the question that Herbert Schiller and a handful of people of his generation set out to answer.

Schiller graduating from City College in 1940.

Herbert I. Schiller (November 5, 1919 – January 29, 2000) was one of the finest radical scholars of his generation. Before we had a Parenti, a Bagdikian, a McChesney or even a Chomsky, there was Schiller, James Aronson (The Press and the Cold War), and Alex Carey, of course, whom Chomsky and the rest deservedly held in the highest regard, a true pioneer in the field of corporate disinformation.  For this early trio probing the field where the lies about American reality were carefully buried, discovering how “brainwash under freedom” operated, became a lifelong mission.

“I have never forgotten how the deprivation of work erodes human beings, those not working and those related to them. And from that time on, I loathed an economic system that could put a huge part of its workforce on the streets with no compunction.”  (Introduction, Living in the Number One Country)

It’s perhaps noteworthy that, as is the case with  Schiller, few of these people began as students of American propaganda, although for any alert (and honest) political scientist the topic is pretty much unavoidable. Michael Parenti taught and wrote first about the scandalously rigged American political system, aptly calling it a “democracy for the few.”  Noam Chomsky cut his teeth in linguistics; Ed Herman, his brilliant partner in several epochal books (Manufacturing Consent, The Political Economy of Human Rights, et al), was and remains formally an economist. Both started delving in media after becoming incensed at the manner US foreign policy crimes and accompanying hypocrisy were misreported or omitted by the corporate press.  In the same vein, Ben Bagdikian and James Aronson’s trade was journalism, an occupation whose almost incestuous proximity to propaganda might suggest more awareness among its practitioners about institutionalized deceit instead of the opposite, and Alex Carey was a social psychologist. (His Taking the Risk Out of Democracy: Propaganda in the US and Australia is simply indispensable reading for anyone fancying work as a serious left activist.)

Only the formidable (and much younger) Robert McChesney began his career as a communication scholar.

Schiller’s experiences in World War Two and his parents’ tribulations during the Great Depression served as a catalyst for an awakening about the profound chasm between what most Americans see and the way reality is perceived by the rest of the world. This chasm, this split consciousness—the product of a longstanding deliberate propaganda effort by the plutocracy and its innumerable minions in all areas of society—remains a significant prop to their practically unopposed rule in the richest and most powerful nation in history. (Incidentally, just a few million dollars do not qualify anyone these days for membership in the reigning plutocracy.  With fortunes bloated by ever more daring and criminal speculations that immiserate the masses and devastate the environment, the financial oligarchy now boasts plenty of double-digit fortunes in the billions to make even the old royals look ordinary. 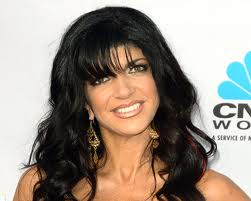 In the US and elsewhere this segment of parasites does not comprise more than 0.001%.  Thus the much invoked “1%” are pikers, nouveau riche wannabes, nincompoop bystanders in the great struggle, largely uninterested in or devoid of political power. Watching the truculent comings and goings of the pathetic “Housewives” series on Bravo, with their on-camera time mostly spent on petty squabbles and crass displays of materialism, is an education about this pitiful sliver of America.)

A radical communications scholar is born

Using interdisciplinary tools in a non-conventional way (he was originally trained in economics and sociology) Schiller soon drifted away from the uselessness and conceits of bourgeois “science”—especially establishment economics, all by itself a huge propaganda cesspool— toward mass communications in a search for an  explanation to the dismal state of class consciousness in the United States.  What he found is concentrated in two books that deserve to be called classics (and must reads), The Mind Managers (Beacon), and Living in the Number One Country (Seven Stories Press).  The latter’s moving, autobiographical introduction is alone worth the price of admission.  Generous to a fault, he was also an early mentor and supporter of my own efforts in the direction of setting up a radical media review. As a result, in 1982, Cyrano’s Journal made its debut with a major essay contributed by Schiller, essentially an edited version of his THE PACKAGED CONSCIOUSNESS, again, obligatory reading for anyone genuinely on the left. In it he explores the myth of individualism and personal choice, the myth of neutrality, the myth of unchanging human nature, and other topics also visited by other thinkers but which Schiller presented in an unusually accessible manner.  Schiller and his kind tried to make Americans more politically literate. For that he deserves to be remembered with deep gratitude.

Patrice Greanville is editor in chief of The Greanville Post and publisher of Cyrano’s Journal Today.  He too is a renegade economist, and has a largely un-utilized degree in journalism from Columbia University.
________________________
Below, a 1997 interview with Schiller.  Wait a couple of minutes for the soundtrack to kick in. The host apparently was not properly cued in.
URL: http://www.youtube.com/watch?v=G7vpqXGW9sE

Over The Hill: Why We Need To Be In All Media