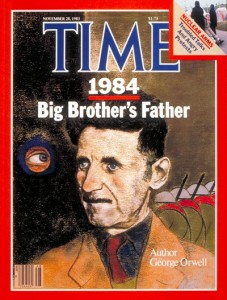 In the nineteenth century Matthew Arnold described the aim of literature as to perceive life ‘steadily’ and ‘as a whole’. In the twentieth century the social sciences have challenged this traditional role of poets and writers as the most influential source of enquiry and reflection upon human life and values. It is my contention that the producers of our social science have largely abandoned Arnold’s goal. In consequence all of us now see the world more unsteadily than we need and, in a double sense, in a manner more partial and fragmented.

I would argue that the abandonment of an interconnected view of the community is deeper and more dangerous than ever before. Its cause is not due to a natural inevitability but is held in place, almost artificially, by the bitter divisions of our world. This predilection for division, a division which maintains a binary morality of them and us, finds its traditional expression in the terms ‘communist’ and ‘anti-communist’. I would suggest that this division has become a kind of global disease that scars and corrupts the best and most humane aspects of our liberal Western traditions.

The communist craze has been created and sustained for so long that we are in danger of believing in it – believing for instance, that we should take George Orwell’s warning about 1984 seriously. Orwell warned that a crude and brutal totalitarianism would come from the left of politics and subvert the liberal democratic freedoms we are all supposed to enjoy. Such a prospect is no more than part of the communist craze of the twentieth century, for while the freedoms of liberal democracy are certainly threatened, the danger has always come from the Respectable Right. It has come in the form of widespread social and political indoctrination, an indoctrination which promotes business interests as everyone’s interests and in the process fragments the community and closes off individual and critical thought.

…I believe that George Orwell’s warnings about future threats to liberal democracies were largely, even dangerously misconceived. Influenced by Orwell’s erroneous views, popular consciousness has been drilled in the expectation that the subversive Left, supported by influences from ‘outside’ the country, is about to control public and individual thinking. (This is the corporate sponsored narrative which provides the justification needed for managing democracy in the interests of business.) Meantime, the real attack is in stark contrast to Orwell’s expectations. It has come, for most of this century, from the Respectable Right. but this actual threat is more or less ignored by the community, for it is vastly sophisticated, appears uncoercive yet is dedicated to corporate interests.

Whatever Orwell’s intentions,his work has been exploited so as to misdirect and confuse the public into looking in the wrong places for the ‘brainwashing’ instinctively felt by many. Ever since World War I this circumstance has so blinded or intimidated the public that few writers and social scientists have attempted to see our world clearly or see it whole in its political-economic dimensions. [Fifty] years after Orwell wrote 1984 no writer has attempted to update it so as to make clear the seriousness of Orwell’s misguidance for democratic societies. Worse still, in the name of free enterprise and anti-communism, a great number of social scientists, sponsored by corporations, are willingly engaged in advancing Orwell’s thesis by way of a corporate-managed democracy.

Alex Carey was an Australian social psychologist and one of the pioneers in the study of corporate propaganda.