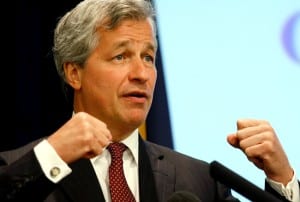 Economies are strip-mined for profit. Communities are laid waste. Ordinary people are impoverished. Even their bank accounts aren’t safe. Cypriot officials agreed to tax them. Canada, New Zealand, and Euroland member states plan doing the same thing. So does America.

Cpyriot bailout talks continued for months. “And then the entire system came unhinged in one weekend.”

Banks closed. Capital controls were imposed. People couldn’t write checks. They lost access to their money. Limited amounts only were permitted. Insiders were tipped off. They exited early. Others uninformed now suffer.

Think it can’t happen here? Think again. It’s coming. Proposed FDIC legislation lets it “TAKE CONTROL OF BANKS IT DEEMS SYSTEMATICALLY IMPORTANT AND WRITE DOWN YOUR SAVINGS (AND OTHER BANK ACCOUNTS) AS PART OF THE BAIL-IN.”

Dodd Frank financial reform capitulated to Wall Street. It did so at the expense of the economy, states, local communities, and ordinary people hit hardest. It’s wrongheaded. It provides a veneer of regulatory cover. It’s a scam. It’s laden with false diagnoses and fatal flaws. It lets Wall Street continue business as usual.

(1) Designate systematically important banks.
(2) Control those deemed at risk of default.
(3) Write-down depositor savings in value. In other words, loot them. Money thought safe is gone.

Few Americans understand. It’s not publicly acknowledged. Legislation already was drafted. FDIC implementation rules are ready. Eventual crisis is virtually certain. Only its timing is unknown. Now’s the time to protect assets too important to lose. Forewarned is forearmed.

Stephen Lendman lives in Chicago. He can be reached at lendmanstephen@sbcglobal.net.

Once again we are seeing the depth of deception by omission the corporate run media is willing to adhere to in order to keep the public totally ignorant of such institutional theft tactics being made law. I’d image the public would label anyone
who attempts to alert them to this totalitarian money grab, a “conspiracy nut” and proceed as though by denying reality, it becomes becomes a mere mirage. Just as the punitive, rights forfeiture of the Patriot Act is still denied by the populace, whose willful ignorance lives in a fantasy world where America’s power players all adhere to an Eagle Scout ethic. That Graham, that Tea Bag lackey, was pivotal in the legislation that greases the wheels of future banking robbery, is the epitome of the double talk that the GOP uses to con the citizenry by wrapping themselves in empty platitudes to democracy while they simultaneously, with zeal of a “true believer,” attack the foundations of that system. Suppressing voting rights is pandemic and as appalling as this total abdication to international bankers,and the rule of even the most basic law. What more
could be given to those ravenous jackals of society than pilfering people’s savings and security. It is a
monstrous, insidious future crime that Congress is enabling. I am sure, just as in the ’08 meltdown, the
apologists will concoct a similar Hobson’s choice, making a fallacious construct that will present this
Cypress-like result appear the better of the two alternatives. So simple; sophistry disables discussion
because the perpetrators of any given political/monetary/legal crime can delude the country by the mere
mention of fearful futures if their perverted blackmail is not successful. The savage irony that this
con is pulled off by those who fancy themselves “true patriots” is the darkest stain of Machiavellian
non-ethics. What possibilities lay in the future after this monstrous milestone of deception has been
accomplished? Bogus wars, voting rights denial, stolen elections, and the destruction of the citizenry’s
economic life, all have fallen to the cabal whose ultimate goal one shudders to realize, is becoming our
reality.