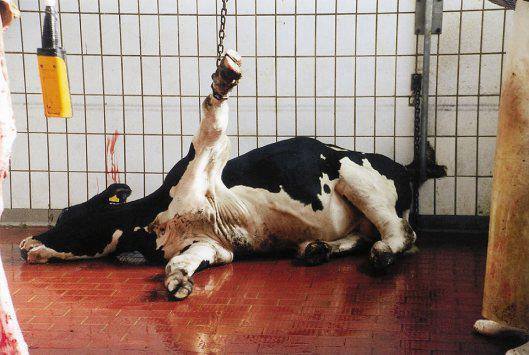 As is almost every other single thing we do in the Animal Rights movement. From rescuing dogs to liberating mink; from hunt sabbing to protesting animal testing; from anti-fur demos to crossposting; fostering, donating, mailing, telephoning. All are in service of protecting animals.

Animal Rights can only be achieved by governments.
Whether through legislation, fiat, coup or revolution.
Animal Rights is the recognition in law of animals’ rights not to be enslaved, exploited or murdered.
And only a Socialist society, of all those ever envisaged, is likely to grant animals rights that we humans declare for ourselves.

Socialism embodies compassion and ethics. Unlike Capitalism, which embodies no societal morals whatsoever, Socialism is both an economic system and moral worldview.

The coming of Socialism may not automatically entail the adoption of animal rights.  But Socialist societies would likely embrace Animal Rights in their attempts to save the planet from the destruction wrought by animal agriculture, the chief driving force behind the Animal Holocaust. Capitalism is very unlikely to do so—ever. It’s not in its political and economic DNA, protecting the planet is just not profitable.

Whether Gary Francione and so called “abolitionists” realize it or not, they too are animal protectionists, as are we all. Not eating animals and convincing others to stop consuming them is probably the ultimate in animal welfare activity.

Unless you are working for a Socialist revolution, you are not working for Animal Rights.

You are working for animal welfare.

Which is fine, is needed, and is admirable. But it isn’t the same as working for Animal Rights.
Animal Rights is a distant dream.  A dream farther off in the future than is a Socialist world, which must come first.