Home FRONTLINE NEWS GMO mosquitoes could be cause of Zika outbreak, critics say

GMO mosquitoes could be cause of Zika outbreak, critics say 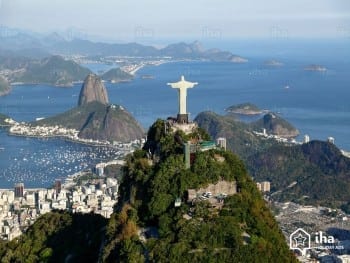 The latest contagious virus freaking out the globe, particularly women worried about birth defects, may have been caused by the presence of genetically-modified mosquitoes (GMMs) in Brazil.

Editor's Note: This is not a joke or conspiracy theory
While we would like to push aside a story that gnetically modified mosquitoes are involved in the Zika virus outbreak, the truth is that they were created by Oxitec Ltd., and released into the target area in April 2015. This story may be all too real. RW

With international health experts convening in Geneva to discuss possible cures for the Zika virus, questions are being raised as to whether they are actually to blame.

In mid-2012, British biotech company Oxitec released the super bugs with the aim of reducing the overall mosquito population that spreads dengue fever, the Zika virus, and chikungunya in northeast Brazil.

#ZikaVirus spreading explosively, 4mn may be infected, no vaccine expected for years – WHO https://t.co/pSv5rUhrYJ pic.twitter.com/zVWz41SjPA

At the time, concerns were raised about the release of GMMs without further studies into possible side effects.

“It’s a very experimental approach which has not yet been successful and may cause more harm than good,” Dr Helen Wallace, director of GeneWatch, told the Guardian in 2012.

The first cases of Zika in humans were reported in the south American country last May with up to 1.5 million now thought people affected by the virus, which Oxitec’s critics note is the same area where the GMMs were released.

#ZikaVirus spreading explosively, 4mn may be infected, no vaccine expected for years – WHO https://t.co/pSv5rUhrYJ pic.twitter.com/zVWz41SjPA

Since the outbreak, there have been over 4,000 cases of babies born with microcephaly in Brazil, although various others causes can also be attributed to the rise.

The Aedes aegypti mosquito sub-species that carries both the Zika virus and dengue is the very type Oxitec targeted with its GMMs.

“Zika Outbreak Epicenter in Same Area Where GM Mosquitoes Were Released in 2015” What a coincidence ?

The aim of Oxitec’s GM program was to release only male Aedes mosquitoes into the wild and they would in turn produce offspring with their virus carrying female counterparts.

This offspring would then die off before breeding age due to the GM coding in their genes, as long as the antibiotic tetracycline wasn’t present, which would override the GM DNA.

There is already a known survival rate of up to five percent in these GMMs regardless of the presence of tetracycline.

This antibiotic, which is often used to treat teenage acne, can be found in nature too, showing up in soil, surface water, and food, with some research stating that the GMM survival rate could potentially increase to 15 percent.

READ MORE: Genetically engineered mosquitoes battle Zika virus in Brazil below where introduction of the GM mosquito began in April 2015

Oxitec critics also suggest that in the absence of studies into the potential knock-on effects of this in these mutated mosquitoes, it’s possible they could in fact thrive in the wild with unknown mutations taking place in GMMs, which in turn could worsen the spread the Zika virus.

“Mosquitoes are food for lots of animals. We would still want to see studies of when birds and bats and amphibians eat these genetically modified animals,” Jaydee Hanson, a senior policy analyst at the US-based Center for Food Safety, told Bloomberg News. “They’re introducing into the ecosystem some genetic constructs that have never been there before.”

Hanson also raised the possibility that other mosquito species could still carry the Zika virus. “It doesn’t solve the problem.”

Calls for further studies into GMMs prior to their release by Oxitec to answer such questions went unanswered, however.

While this Jurassic Park-type scenario could have been accidental, the recent UK TV series “Utopia” suggests it could be a deliberate plan to reduce the global population.

In an effort to curb the spread of the Zika virus, a UK-based company has partnered up with Brazilian authorities to introduce genetically modified sterile mosquitoes into the wild to reduce the population and the threat of the virus spreading to humans.
The Zika virus is spread to people through aedes aegypti mosquito bites. Once contracted the illness is usually mild with symptoms lasting from several days to a week. The most common symptoms of Zika virus are disease are a fever, rash, joint pain, and conjunctivitis.

While most cases of the decease are hardly ever noticed, pregnant women fall under a special category of risk. If infected their newborn children could be prone to microcephaly, a neurological disorder that results in abnormally small heads, leading to developmental issues and sometimes death.

The Zika virus has been linked to a sharp increase in cases of infant microcephaly in Brazil. In order to stop the spread of the virus, the Oxford-based Intrexon Corporation, announced a special collaboration with the Brazilian municipal authority which aims to root out the spread of the decease by battling the mosquito population in the area. In the past year, Brazil has seen more than 84,000 cases of the virus.

The ‘Friendly Aedes aegypti Project’ conducted by the company’s subsidiary Oxitec aims to tackle the virus spread in the city of Piracicaba, based on the success of previous preventative measures introduced across Central and South America.

“Following strong results for controlling the Ae. aegypti mosquito population, the primary vector for dengue, chikungunya and Zika virus outbreaks around the world…Oxitec is initiating a new mosquito production facility in Piracicaba that will have capacity to protect over 300,000 people,” the company said in a press release.

The task is to introduce sterile genetically engineered mosquitoes into the highly dense mosquito-infested area to curb their populations and prevent the disease from spreading.

Once introduced the genetically modified male mosquitoes will seek out female mosquitoes in the wild to mate with them. The result of such mating will result in no offspring, and that will eventually reduce the entire mosquito population in the area, drastically reducing their threat to humans.

“As the principal source for the fastest growing vector-borne infection in the world in Dengue Fever, as well as the increasingly challenging Zika virus, controlling the Aedes aegypti population provides the best defense against these serious diseases for which there are no cures,” said Oxitec CEO Hadyn Parry.

Oxitec’s previous trials on mosquito population began in April 2015 after Brazil’s National Biosafety Committee (CTNBio) gave the green light for the UK company to release the insects into the wild.

“By the end of the calendar year, results had already indicated a reduction in wild mosquito larvae by 82 percent. Oxitec’s efficacy trials across Brazil, Panama and the Cayman Islands all resulted in a greater than 90 percent suppression of the wild Ae. aegypti mosquito population – an unprecedented level of control,” the statement said.

Both of these articles are by RT, and here is the RT Trend on this topic. 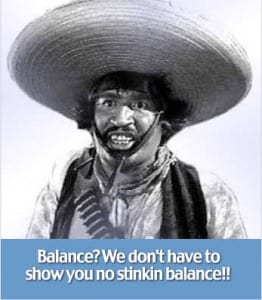 Moon of Alabama pushes back against those claiming...