Home AMERICAN EXCEPTIONALISM My Fellow Americans: We Are Fools

My Fellow Americans: We Are Fools 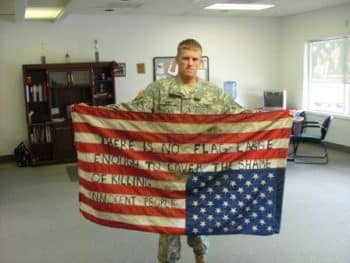 There is something I am going to try and explain here after watching the Democratic National Convention this evening that will invite the scorn of many of my friends. But the words are gagging my throat and my stomach is twisted and sick and I have to vomit this out. The anti-americanism in me is about to explode and land god knows where as my rage is well beyond reason. And I, by heritage, half American in a way that makes me “more” American than almost anyone else in this country except for the true Americans, the American Indians, am in utter denial tonight that I am, as you are, American as well.[/su_panel][/su_shadow]
“When I heard all the Americans cheering for the military and the pronouncements of might coming from the speakers in the Wells Fargo Centre, I loathed you…YOU are the country to be feared. YOU are the country to be disgusted by. YOU are ignorant. And your greed and self-satisfaction and unearned pride knows no bounds…”

I am half Canadian, I was brought up there, with very different values than you Americans hold (Kidder’s father was a stout conservative Republican—Eds.), and tonight — after the endless spit ups and boasts and rants about the greatness of American militarism, and praise for American military strength, and boasts about wiping out ISIS, and America being the strongest country on earth, and an utterly inane story from a woman whose son died in Obama’s war, about how she got to cry in gratitude on Obama’s shoulder — tonight I feel deeply Canadian. Every subtle lesson I was ever subliminally given about the bullies across the border and their rudeness and their lack of education and their self-given right to bomb whoever they wanted in the world for no reason other than that they wanted something the people in the other country had, and their greed, came oozing to the surface of my psyche. 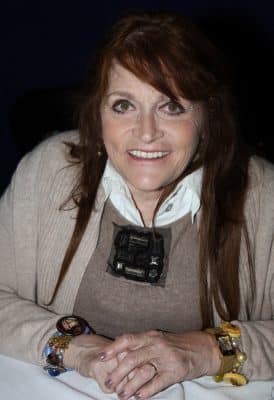 I just got back from a rather fierce walk beside the Yellowstone River here in Montana, trying to let the mountains in the distance reconnect me to some place of goodness in my soul, but I couldn’t find it. The scenery was as exquisite as ever, but it just couldn’t touch the rage in my heart. The visions of all the dead children in Syria that Hillary Clinton helped to kill; the children bombed to bits in Afghanistan and Pakistan from Obama’s drones, the grisly chaos of Libya, the utter wasteland of Iraq, the death and destruction everywhere caused by American military intervention. The Ukraine, Honduras, El Salvador, Guatemala, Chile, you name it — your country has bombed it or destroyed its civilian life in some basic way.

You people have no idea what it is like for people from other countries to hear you boast and cheer for your guns and your bombs and your soldiers and your murderous military leaders and your war criminals and your murdering and conscienceless Commander in Chief. All those soaring words are received by the rest of us, by us non-Americans, by all the cells in our body, as absolutely repugnant and obscene.

And there you all are tonight, glued to your TVs and your computers, your hearts swelled with pride because you belong to the strongest country on Earth, cheering on your Murderer President. Ignorant of the entire world’s repulsion. You kill and you kill and you kill, and still you remain proud.

The Human Experiment is Probably Coming to an End