Murray Polner
Past in Present Tense 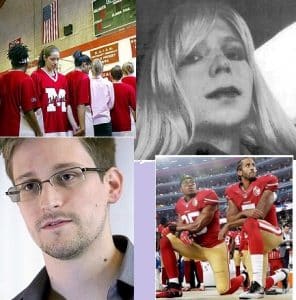 Editor's Note
The vaunted patriots, who solemnly declare that "the troops" have died for freedom, are generally the same people who are intolerant of any expression of political dissent. I have always wondered exactly what that freedom is. It was not until the Shrub presidency that I actually heard an answer - the freedom of unfettered capitalism. This was clear in the claims that "we" were freeing the Iraqis by removing state ownership of oil and bringing them unfettered capitalism. And this was clear when he encouraged everyone that the most patriotic thing we could do in the wake of the events of 9/11/2001 was to go shopping. Hence, our "freedom" is apparently the freedom to pick among 17 different brands of soap produced by Proctor & Gamble. Likewise, "open government" is in the eyes of the beholder - the blindfolded eyes that is. It is these issues of inconsistency that the athletes and whistleblowers acknowledged in this essay, who have taken the unpopular stand of social and political conscience, and who continue to sacrifice on behalf of us all.—Rowan Wolf
In 2003 I published an article  in The Nation about Toni Smith, a senior captain of a Division III women’s basketball team at Manhattanville College, located –according to its website — in “a safe and scenic community” in Westchester County, some thirty minutes from Manhattan. What she dared do from her suburban haven was refuse to salute the American flag. Afterwards, she told me, “For some time now, the inequalities that are embedded into the American system have bothered me. I can no longer, in good conscience, salute the flag.” The [Iraq] war we will soon be entering has reinforced my beliefs.”

Her silent, solitary, nonviolent protest resulted in a mountain of denunciations in the press and sports talk radio. She also received a large number of critical hits on Manhattanville’s website.  Some critics said that while they respected freedom of speech her protest was out of place on a college basketball court and, perhaps as well, unpatriotic. Still, for her defiance of conventional patriotism,  she was condemned by  our unforgiving super-patriots, the kind who chant  USA/USA from the safety of their stadium seats and most recently at the 2016 Democratic Party convention, when Bernie’s Oregon supporters were shouted down by those ubiquitous USA/USA chants because they were raining on Hillary’s coronation. At Kings Point, N.Y., some merchant marine students, recipients of a free college education, showed up at one of her games shouting “leave our country,” somehow neglecting to mention that Smith, part-Jewish, part African American, had some of her ancestors dragged here against their will from Africa. Toni Smith, gutsy and principled, reminded us of Muhammad Ali’s famous refusal, as well as Craig Hodges of the Chicago Bulls during the Gulf War and later Carlos Delgado of the NY Mets also spoke out as did Tommie Smith and John Carlos who raised their clenched fists at the 1968 0lympics in Mexico City.

Filip Bondy, then a New York Daily News sportswriter, came up with this beauty: “If sports events are inappropriate forums for political statements, then what exactly is ‘The Star Spangled Banner’?”

[dropcap]D[/dropcap]uring a recent “Salute the Military” night for a 49er game in no-questions asked pro-military San Diego, QB Colin Kaepernick was, as expected, roundly booed along with teammate safety, Eric Reid, who also dropped to a knee when the anthem was played. All the same, Kaepernick’s  act (First Amendment, anyone?) has surprisingly made a serious dent in the NFL-USA monopoly of patriotism, which masks forever our many wars and defeats, quagmires and military provocations in endless search for global hegemony.

For African American protestors it’s about repeated murders of black men, women and children by police. Carmelo Anthony, LeBron James, Chris Paul and Dwayne Wade have now spoken out publicly and Rajon Rondo has been on ESPN condemning the racial split. Even Michael Jordan has offered critical views, as did three Philadelphia Eagles who recently refused to stand for the anthem before a game with the Chicago Bears. And while Kaepernick and his detractors may be miles apart, it’s his country too. In the meantime, his jersey is currently outselling everyone else’s in NFL stores.

So, as some of the new generation of sportswriters have suggested, at last there’s a hole in the “say-nothing” dike, which for me resembles Curt Flood’s valiant refusal to be traded without his permission, a daring act which eventually opened the door to baseball’s free agency.

Here’s Kaepernick, like Smith, half-black, half white, refusing to cave before critics telling reporters, “There is police brutality–people of color have been targeted by police. You can become a cop in six months and don’t have to have the same amount of training as a cosmetologist. That’s insane. Someone that’s holding a curling iron has more education and more training than people that have a gun and are going out on the streets to protect us.”

And then there’s Edward Snowden and Chelsea Manning. 0n the eve of the opening of 0liver Stone’s film “Snowden,” a House Intelligence Committee unanimously — Democrats and Republicans–issued a three-page summary condemning Snowden, while refusing to release its larger findings. The Washington Post then editorially opposed a pardon, a stance criticized by Barton Gellman, its crack investigative journalist who broke the story of Snowden’s revelations and NSA’s spying.

So much for Washington’s sycophants. In New York, Oliver Stone’s film was praised by A.O. Scott, the Times’ lead reviewer who in the good old days would have been tarred as a Commiesymp for writing this review. A pro-pardon 0pEd column in the paper was soon accompanied by the ACLU, Human Rights Watch and Amnesty urging President Obama to pardon Snowden. 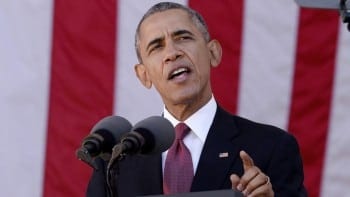 Few Blacks can top Obama these days for the dishonor of being called an Uncle Tom.

But they have the wrong President in mind. The much- denigrated Warren Harding pardoned Debs and then had the backbone to invite him to breakfast in the White House. Not Obama, whose administration has prosecuted and punished more government whistleblowers than every other presidency combined, relying on Woodrow Wilson’s flawed and infamous Espionage Act of 1917.  Obama essentially pardoned Bush 43 and his crew who invaded Iraq, causing chaos and mass deaths throughout the Greater Middle East. Bush’s CIA tortured prisoners and renditioned others to America’s still-secret friends who must have delighted in applying electrical batons to male genitals and raping women, while  allowing our putative war criminals to enjoy their post-VIP life, except for a few low level soldiers in Abu Ghraib.

And then there’s  Chelsea Manning, whose release of hundreds of documents included one showing a U.S. Apache helicopter killing Iraqi civilians and two Reuters correspondents.  He was severely punished during  two years in solitary  and then put away for 35 years in Leavenworth, a bit harsher and longer penalty than handed David Petraeus for his crimes.

Journalists who cover the White House often have few kind words for the Obama administration, if we are to believe the Society of Professional Journalist’s Paul Fletcher, who complained in the Times on September 17th of “0fficials’ blocking requests by reporters to talk to specific staff people;” “refusing to give reporters what should be public information unless they agree not to say who is speaking;” “Federal agencies’ blackballing of reporters who write critically of them, and “Lack of meaningful visual access to the president by an independent press pool.

Not be outdone, the Obama Administration, which came into office pledging a policy of sunshine and transparency, was taken to task in 2013 by the Committee to Protect Journalists in a report written by Leonard Downie, Jr., who once ran the Washington Post. He quoted David Sanger, the Times’ chief Washington correspondent, who charged the Obama White House is “the most closed control-freak administration I’ve ever covered.” To Americans who distrust, even despise, journalists challenging and questioning governmental secrets, Downey rightfully concluded, “The professional secret-keepers are phenomenally bad at distinguishing between the threat of terror and their terror at being threatened — or worse … at being humiliated.”

And the Insider Threat Program, which demands that federal employees observe, and if need be, report on their colleagues’ suspicious behavior. Not even Bush 43, for all his sins, went that far. Michael Hayden, who ran the NSA and the CIA for 43, told Downie that the ITP “is designed to chill any conversation whatsoever.” Exactly.

On his final day in office Bill Clinton, no paragon of morality and ethics, pardoned the fugitive crook Marc Rich. It was an outrageous and highly suspicious act but wouldn’t it be a wonderful surprise if Obama had the audacity to do the same for the much more deserving Snowden and Manning. 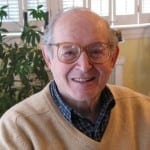 Wrote “No Victory Parades: The Return of the Vietnam Veteran“; “When Can I Come Home,” about draft evaders during the Vietnam era; co-authored with Jim O’Grady, “Disarmed and Dangerous,” a dual biography of Dan and Phil Berrigan; and most recently, with Thomas Woods,Jr., ” We Who Dared to Say No to War.” He is the senior book review editor for the History News Network.

Clinton appears on Between Two Ferns, gets roasted by Zach Gafiniakis—why?